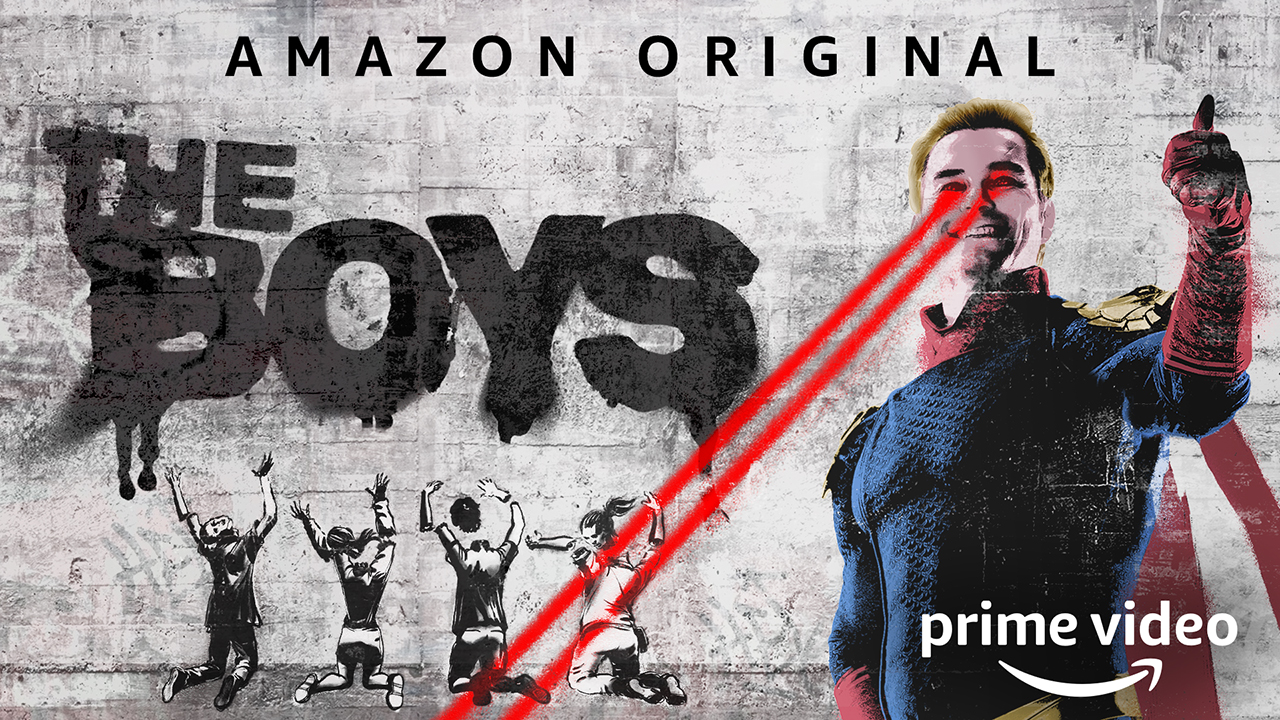 Season two of Amazon’s hit superhero drama The Boys dropped on Friday, September 4. Based off Garth Ennis and Darick Robertson’s graphic novel of the same name, The Boys follows a group of super powered beings with a mess of personal drama. The show follows two distinct groups: A group of (mostly) guys with their own grudges against “Supes” as they try to uncover a conspiracy around The Seven, the most prominent and powerful superhero group in history.

Here’s a quick rundown of some major plotlines to help prepare you for another season of superhero shenanigans.

Season one kicks off with middling underachiever Hughie Campbell (Jack Quaid) putting his Big Boy Drawls on and agreeing to move in with his girlfriend Robin (Jess Salgueiro). But just as the pair commit to this new phase, Robin is literally liquified as A-Train (Jesse T. Usher), The Seven’s analog to DC’s Flash, runs straight through her as she stands off of a sidewalk. High on Compound V (more on that later), A-Train barely stops to acknowledge the event. Avenging Robin becomes Hughie’s driving goal, leading him to meet renegade vigilante Billy Butcher (Karl Urban).

Billy is his group’s badass leader whose moral ambiguity edges closer to flat to out villainy throughout the series. His missing wife Becca (was a former Vought employee who was presumably murdered or driven to suicide after being raped by the sociopathic Homelander (Anthony Starr). This leaves a bitter Billy to take down Homelander, Vought, and by extension all Supes. But his quest for revenge is interrupted in the season one finale.

Billy leads his group down a treacherous road with seemingly little regard. By the end of the season, Billy, is separated from the group when he, Hughie, Mother’s Milk (Laz Alonzo), Frenchie (Tomer Capon), and the mysterious supe Kamiko (Karen Fukuhara) become wanted fugitives hiding out from the cops and The Seven.

After holding Vought executive, new mom, and Homelander whisperer Madelyn Stillwell (Elizabeth Shue) hostage, Billy learns that his wife is not only alive, but raising their son conceived through rape in secret with the help of Vought. For Homelander this proves to be one lie to many, leading him to end his pseudo-sexual relationship with Madelyn by lasering her to death. Homelander then takes Billy to Becca’s secret hideout, leaving everyone – including the audience – gobsmacked.

Annie, aka Starlight (Erin Moriarty), is a small town girl with big dreams of being a virtuous hero when she becomes the newest member of The Seven. But her innocence is shattered when fellow member The Deep (Chace Crawford) demands oral sex in order for Starlight to remain a member of The Seven. It isn’t until later that Starlight learns that The Deep isn’t the high-ranking member with veto power he made himself out to be and that he’s abused other women in similar fashion.

Disillusioned, she begins to find her voice after publicly describing the encounter (without naming The Deep) during a speech at a religious convention. Starlight finds kindred spirit in Hughie and the two develop genuine feelings for each other. But when Starlight learns that Hughie has been lying to her and using her for information to take down The Seven, she’s left brokenhearted. In the finale, fellow Seven member A-Train is about to kill Hughie after discovering the truth about him and Starlight, but nearly dies of a heart attack in the process. Despite his bad behavior, Starlight tries to save A-Train, with his fate left unknown.

In a bid to prove how helpful Vought superheros could be in military situations, Homelander and Queen Maeve (Dominique McElligott) rush to stop human terrorists who have taken over a plane. Despite stopping one hijacker, a careless Homelander lasers another in the cockpit and accidently fries the dashboard.

Despite the pleas of both Maeve and the doomed passengers, Homelander decides to abandon the passengers to their fate rather than risk the public finding out about his failure. Maeve is left guilt-ridden from the episode and runs to the arms of her on-again/off-again girlfriend Elena. However, fear of retribution from ex-boyfriend Homelander forces Maeve to once again push Elena away.

“Just Say No”… to Compound V

Compound V is the secret drug Vought has secretly been experimenting on babies with to create superheroes. Only a handful of Vought employees know of its existence and virtually no heroes know the truth behind their abilities. For existing Supes, Compound-V can be highly addictive when used recreationally and temporarily enhances their powers. A-Train becomes a Compound V addict driven by his need to remain the fastest man alive or risk losing his spot in The Seven.

Later, Homelander executes a plan to deliver Compound V across the globe in an effort to create supe terrorists, thereby forcing the US Congress to allow Vought superheroes to fight in the US military. But Homelander’s misguided attempt to impress his boss and pseudo-sexual love interest Madeline Stillwell will undoubtedly have lasting ramifications.

With so much more that went down in season one, here are some of the big questions we’re hoping get addressed in season two:

Season two of The Boys landed on Amazon Prime with three new episodes on Friday, September 4, with new episodes dropping every Friday.