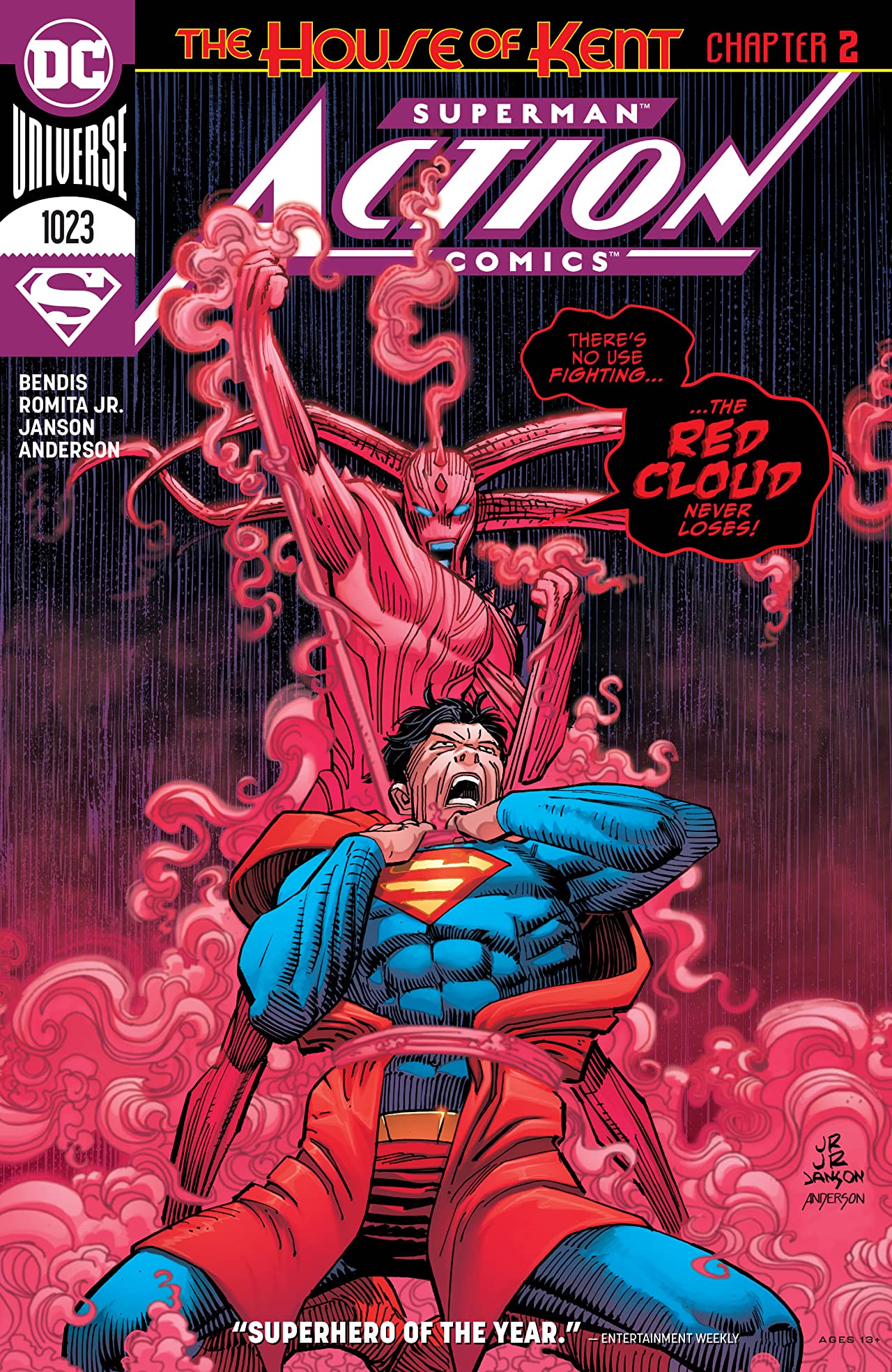 Let me say this, as someone who reviews comics, I will never fault a book for starting out with concise recap. (Emphasis on concise).

As a reader, it helps me get reintegrated into the story, catches me up on details I missed, and even reframes things I’ve read so I know what’s important.

So thank you very much to Brian Michael Bendis and John Romita, Jr. for including a recap at the start of Action Comics #1023.

We left off last issue with Clark Kent trying to help Connor, the clone of himself and Lex Luthor, sort out his own identity crisis. Meanwhile, Lois Lane and Jimmy Olsen walked straight into a trap and a villain by the name of the Red Cloud had both of them in severe danger.

Fortunately, Lois and Superman have an understanding that no matter where she is, all she has to do is say a secret word and Clark will hear it and be there within seconds. She was sadly forced to use that this time, because Red Cloud was on the verge of killing Jimmy to send Clark a message of intimidation.

Clark, Connor, and John Kent arrive instantly to take on Red Cloud and honestly have some difficulty. But the situation quickly turns comical as Lois Lane becomes the singular MVP of this issue.

She points out the irony that Jimmy can spot a supervillain on sight but spent years not realizing his best friend was Superman. Then, she correctly points out that John looks like Clark and Lex would’ve had a super-powered baby.

You gotta love when those reporting skills come in handy.

By the end of the issue, it’s clear that the Super-family is in the middle of a power struggle unlike what they’re used to, but they’re thinking outside of the box on how to handle it. Which is refreshing.