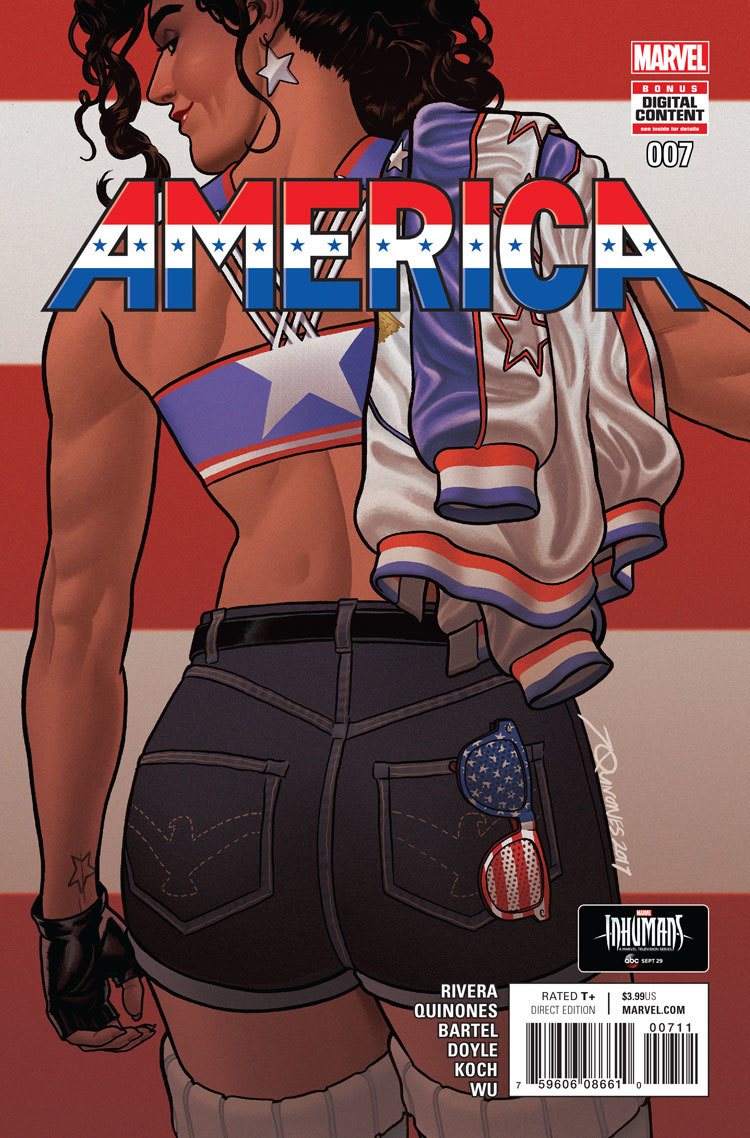 Aye, Gabby Rivera gets her world building on as America follows Madrimar and learns her family’s origins. Madrimar takes Chavez to the Ancestral Plane which serves as a cosmic photo album. We learn of the deity-like entities Senar and Berraca. Berraca is the first being to create star portals, it’s through one of these portals that she was able to find Sanar. These two powerful beings love one another and the product of their love is a giant planet. This planet (Planeta Fuertona) is where Madrimar and her daughter (Chavez’s birth mother) Amalia come from. Rivera is giving us a lot to unpack with this origin of Madrimar that also serves as an origin for Chavez. 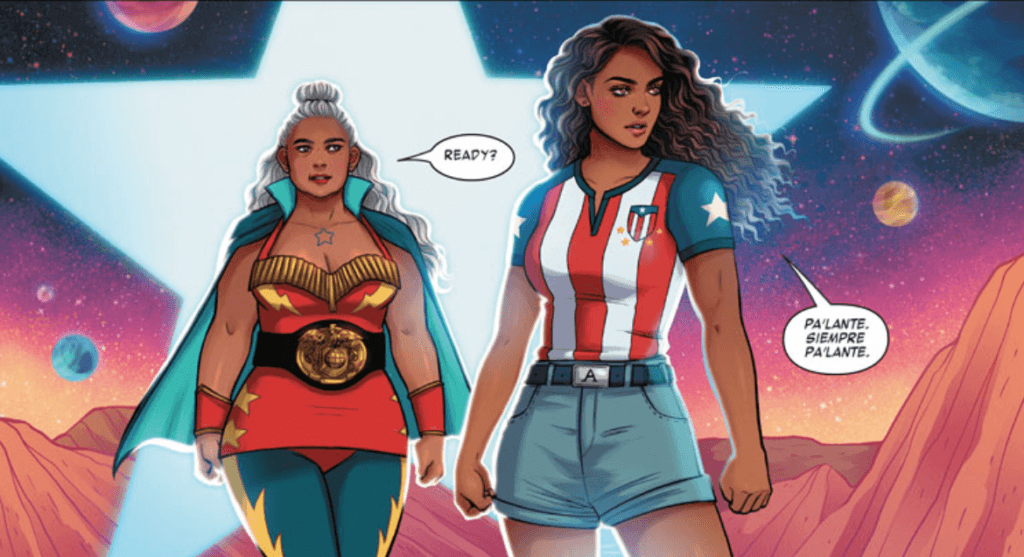 What Chavez gets to witness is the enemy of Planeta Fuertona, La Legion. This horde of creatures was such a threat that the entire planet had to go into survival mode with an ice age. This is the event that forced Madrimar to leave and jump to the Utopian Parallel where Amalia would meet her soul mate, Elena. The fun thing about this issue and Chavez learning more about herself is that she’s so close to these projections of her mothers but still worlds away. Rivera allows Chavez to go through a range of emotions from joy at seeing her family tree, then reminders of abandonment, and anger at the discovery of how long Madrimar was watching from the shadows. Madrimar’s reasons are explained as she is tied to Senar and Berraca and seems to be their strongest believer. There’s a lot we don’t know about Madrimar still but we do know that Chavez’s presence is going to be needed on Planeta Fuertona sometimes in the future.

There was a wide of array of artists for this origin story’s world building. Where a lot of artist on a track can feel like too many cooks in the kitchen, the lineup was able to pull this job off splendidly. From the scenery to the dragons of the deities, and the look of the planets and parallel universe, these artists brought to life Marvel’s cosmic version of Themyscira. The coloring team did the deed for this issue to truly stand out and the depictions of the younger Senar and Berraca against the older version of themselves was a great display of all the time that’s passed for not only Madrimar but them as well.

I’m wanting to see more of this world and Chavez interacting with it. Rivera and the artist team did an incredible job of giving Chavez more depth through Madrimar being added to her supporting cast and link to her past. Chavez has had a lot of truth revealed to her in a short amount of time. There’s a lot to think about but as we discover, there are forces at play gunning for America. This origin building is a great look for America Chavez and will def be an issue that’s going to be a cornerstone for her history moving forward.