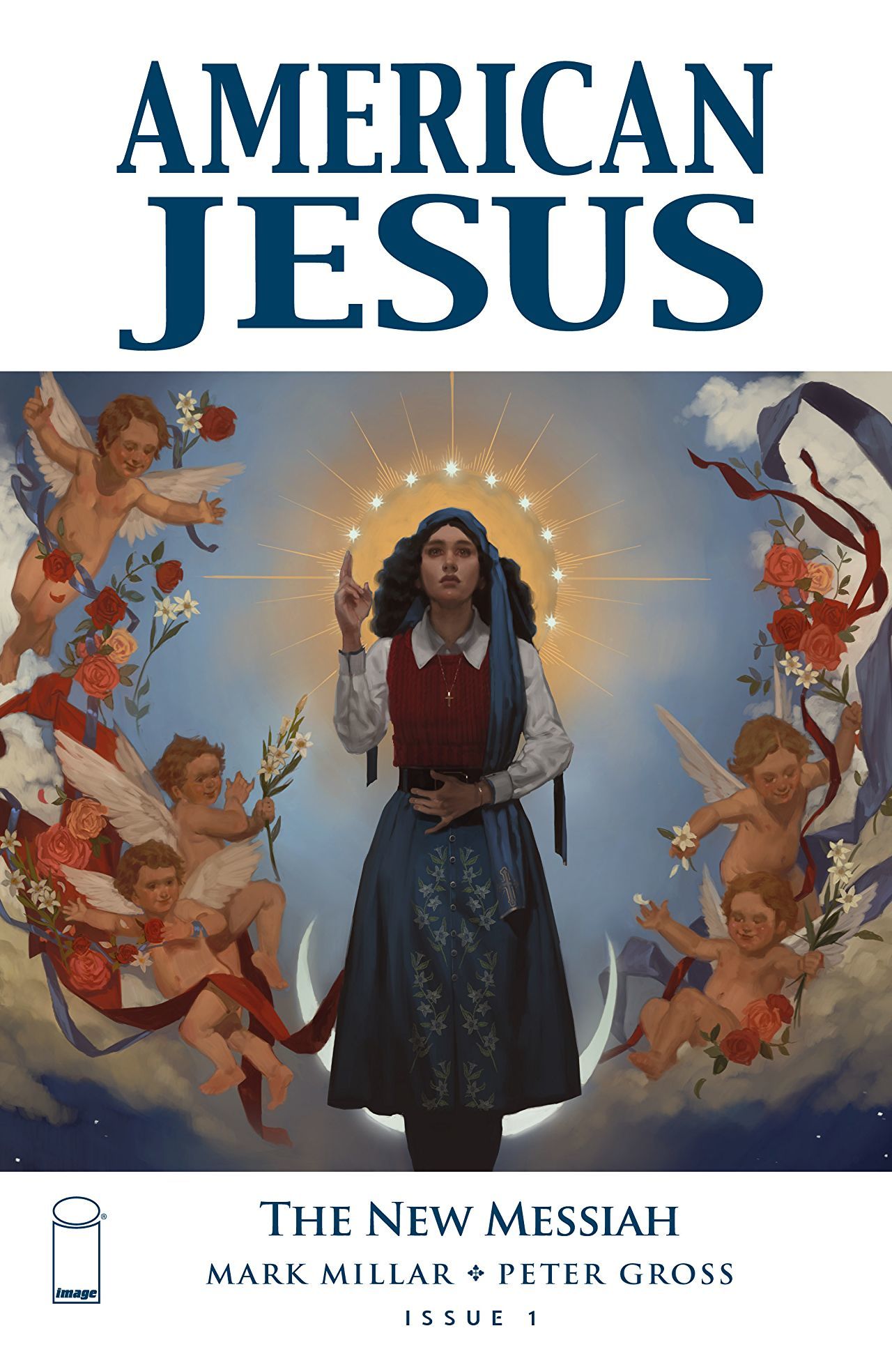 Christmas came early as American Jesus is back with a unique twist, that is very reflective of this generation of feminism and the overall state of our culture. While the artwork doesn’t pop like a lot of new age drawing, the detailed line work encapsulates a genuine, old school NYC vibe. Peter Gross deserves praise for every turn of the page, because you could spend hours getting lost in the backgrounds of his scenes.

The year is 1974, and Luciana is troubled by dreams of a man in white, who shares some disturbing news with the 14-year-old Angelita. While standing in a gorgeous room reminiscent of a Vatican or Sistine chapel, they stare at a Salvador Dali painting of Jesus being crucified from the God’s perspective. He tells her that she will soon be with child and if she can keep him safe, her son will be the stallion that mounts the world. Ok, so he didn’t drop those Game of Thrones bars, but he did put the fear of God in her enough to wet the bed that night, and this is where our story begins. 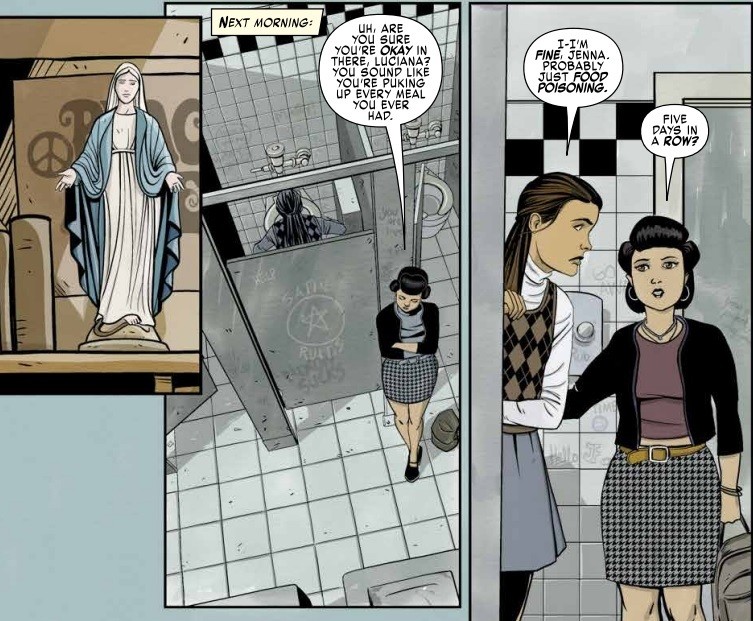 Luciana shrugs this off as just another one of her recent wild dreams, but as the week progresses some of his words begin to ring true, and Luciana’s life is abruptly turned upside down. There is no going back to school or talking with her best friend about her issues with dad. There is only what needs to be done, and Luciana accepts those responsibilities in all their ugliness, making for compelling new run of American Jesus: The New Messiah.

Upon reflection, I really like the tone and pace of this book. You receive an immediate glimpse into the biblical stage that Mark Millar and Peter Gross are setting, then get introduced to Luciana’s unconventional, yet all too familiar world of busting your ass to validate going against the grain, while your support systems are telling you no and giving you shit at every turn. In the end, Luciana resorts to running and hiding from the looming anti-Christ, leaving this story wide open for demonic pursuit, prophetic turns, and a virgin pregnancy that is set to shake up the world. 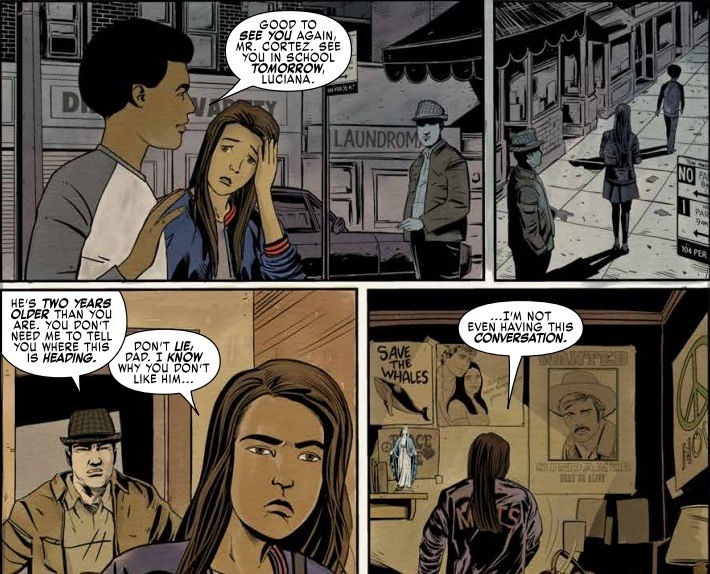 I’m interested in what Mark Millar has in store for the rest of this run. I love the use of a Hispanic young lady as the new incarnation of the Virgin Mary. I like that the characters fully understand the weight of this undertaking and still push to give this child a chance at taking his place as savior. Gross has ensured readers understand that the religious under and overtones will be prevalent throughout, and a look at most pages will feature some ideological images.

Mark Millar sprinkles this issue with glimpses of the future we’re all living in. He calls attention to the soiled political system we are operating under, the unhealthy reliance on technology that has snowballed since the 70s, and the handful of wealthy individuals and families that have the power to affect anything in the world with the flick of the wrist or push of a button. Millar started the year off strong with Prodigy and is giving us another person of color centered book to start next year off right. Be prepared to have your faith tested and beliefs questioned as American Jesus: The New Messiah, ‘The sequel to one of my most beloved Millarworld projects since the dawn of time’ is here to shake things up for all our Catholics, atheists, and everyone in between!