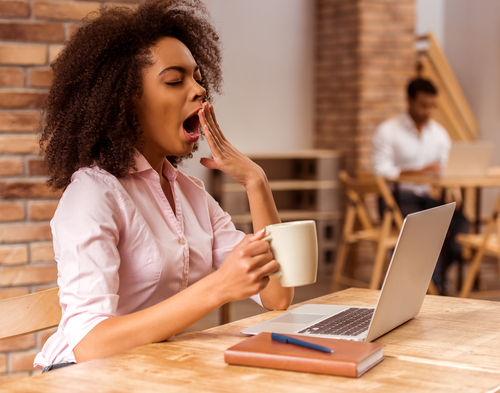 Another day partaking in the internet’s favorite pastime: slandering Black women. The favorite 0 Kelvin take: Black women hate Black nerds and this is why I, a Black man and nerd, don’t date Black women. This opinion so cold Mr. Freeze couldn’t hold it without losing a limb to frostbite pops up all the damn time. Full of misogynoir, toxic masculinity, and a level of entitlement that’s over 9000, you’d think we’d have beaten this dead horse to smithereens. One of y’all must be wishing it back on the Dragonballs because this noxious dog whistle keeps coming back. That or hatin’ on Black women gets folks clicks. But you know what, let’s unpack this bullshit once and for all.

Now dating on a whole isn’t easy. For anyone. People are complicated and attraction is a random mix of chemistry and compatibility. Plus everyone is looking for something different in a partner and relationship, and those somethings can change at any moment. But I get it. Sometimes acknowledging the complexities of human emotions and relations requires too much brain power. That whole “understanding another person” thing takes a long time — better to make sweeping generalizations about entire races of women rather than see what you might be lacking, because according to everybody, especially relationship geniuses like Steve Harvey, Tyrese, Rev Run, and tweetin-from-my-futon Twitter, women are always the reason relationships aren’t working out.

Don’t worry though — this Black woman is here to help you. Here are 7 reasons why you, yes you, sir, aren’t getting the women you want.

First things first: if I ask you to tell me about yourself, what are you going to say? You gonna make be sit through shit I hate? Are we about to spend every day posted up on your couch/futon/pallet in the basement watching basketball? You gonna make me sit through all 8 million episodes of Naruto even though I said I’m not into anime? Am I about to spend hours watching you play XBox with your one controller? Can you only talk about one thing whether I like it or not? Can you talk to me at all or do we just sit in awkward ass silence heavy as Rock Lee’s training weights? If I’m finna be spending all our time together killing my phone battery and data plan scrolling Twitter and Instagram then I’mma probably gratefully accept the L that is not dating you.

Real talk, how do you look? I’m not talking about ugly or pretty — those are subjective, and while one person may not find you attractive someone else will. I’m talking about things you can control. Do you look like you care about your appearance? Do your clothes fit? Are you ashy? Do you smell? Is your hair a mess? You can’t roll around with a butter knife lineup and expect women to fall at your feet.

One universal truth about dating is that you won’t meet the person at their realest in those early days. You meet their representative: the best or better version of themselves. So if you sun up on me looking like you couldn’t be bothered to bathe before coming out… it’s gonna be a no from me dawg because you upsetting me and my homegirl.

Quick scenario: You’re on a first date with a woman. You want to talk about the intricacies of a shared Transformers/Fast and Furious universe, but your date hasn’t kept up with either. What do you do? Keep talking about something she doesn’t understand and isn’t interested in, or change the subject and figure out what interests you both share? We meet up for coffee, are you talking about yourself or are you asking about me as well? Name 3 things you learned about the last 2 women you went out with. Are we about to only be doing the things you like? If I know 50-eleven things about you and you only know my eyes are brown because I’m Black then I’mma take a hard pass.

Are you misogynistic, sexist, classist, homophobic, transphobic, or otherwise bigoted? Are you a pallet gynecologist who believes vaginas get loose with use or that female orgasms are a myth? Do you think women are only lesbians because they know men like it? Do you think women are built to submit to their man while simultaneously building them up like their children? Do you look to any of the aforementioned relationship geniuses for legit advice? Do you have only bad things to say about women who aren’t attracted to you? Do you believe in plots to emasculate the Black man and destroy the Black family? Do you send unsolicited dick pics with shitty lighting? If you answered yes to any of these questions or you retweet those relationship cartoon memes or the words “dress how you want to be addressed” like they’re profound, then I only have one thing to say:

You know women have desires and interests and hopes and wishes and opinions and all that shit you do, right? She’s not just there to always hype you up (even when you’re deadass, headass wrong) or gargle your ballsack. Contrary to what the government majority and internet dudes think, women are people. Like living, breathing, existing humans. Wild, right? If you don’t want someone who is actually going to feel some kinda way about things that isn’t always going to be the way you feel, you don’t want a girlfriend. You want a warm grapefruit with a hole in it. So microwave it for 10 seconds and go to town. I promise it won’t talk back.

Be honest: when you look in the mirror, do you like what you see? I don’t mean do you wake up everyday believing 100% that you’re some Adonis, Beyoncé, god’s gift to the Earth, universe, and everything in-between — that’s just unrealistic — but if you had to spend time with just yourself, could you stand the tie alone? Do you spend all your time focused on what someone else is that you aren’t? If that’s a yes, go sit in your prayer closet and be your own hype man. Because if you can’t stand to be around you, why would anyone else?

You know how sometimes you see a woman and you’re not attracted to her? Or you like the way a woman looks but once you get to know her y’all just don’t click? Or you meet someone and y’all are great friends but you know it’ll never go beyond that? Well imagine all of that, but imagine it’s a woman feeling those ways about you instead of the other way around. I know it’s hard, but sometimes people — individual people — just don’t like you. Here’s the honest truth, all jokes aside: you could be amazing, wonderful, interesting, intelligent, sweet, and the person you like still may not like you. The shit sucks, but keep it moving. There’s someone out there who will like you just the way you are and you’ll feel the same way about them. No need to drag anyone else into it.

Congratulations on making it through. You’ve taken the first step towards letting yourself be great and keeping Black woman slander out of your mouth. The reward for step one is self-satisfaction. Do better, and you’ll get probably get more.

And as a final word: no one cares about your non-black girlfriend, wife, partner, fiancé, whichever. If she makes you happy, that’s all that matters. I promise you, any Black woman who isn’t trash herself is too busy living her own life to stress over why you’re “dating outside your race.” Seriously. Save yourself the carpal tunnel and think pieces.