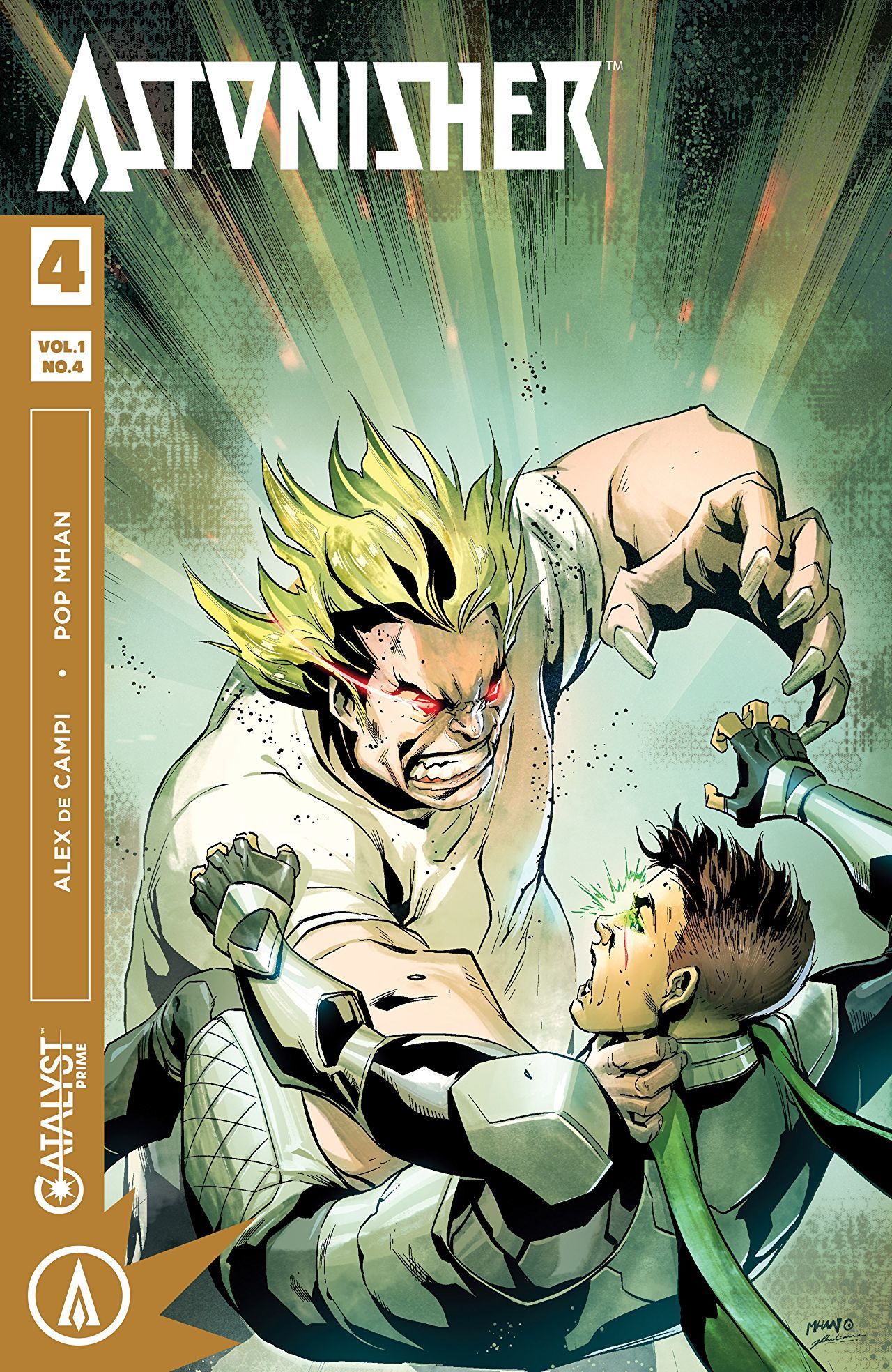 The Catalyst Prime universe takes place in a world post-meteor impact, which inadvertently gave any affected by aforementioned meteor some sort of superpower. One such individual is ex-millionaire Magnus Atitarn, protagonist of Astonisher. He possesses the ability to identify those affected by the meteor and the ability to venture into minds to fight off nightmares.

Astonisher #4 is the conclusion to the first volume, and I’m here mostly to tell you that it’s worth picking up issues 1 through 4 right now. It is a surreal storytelling experience and a unique take on mental health. 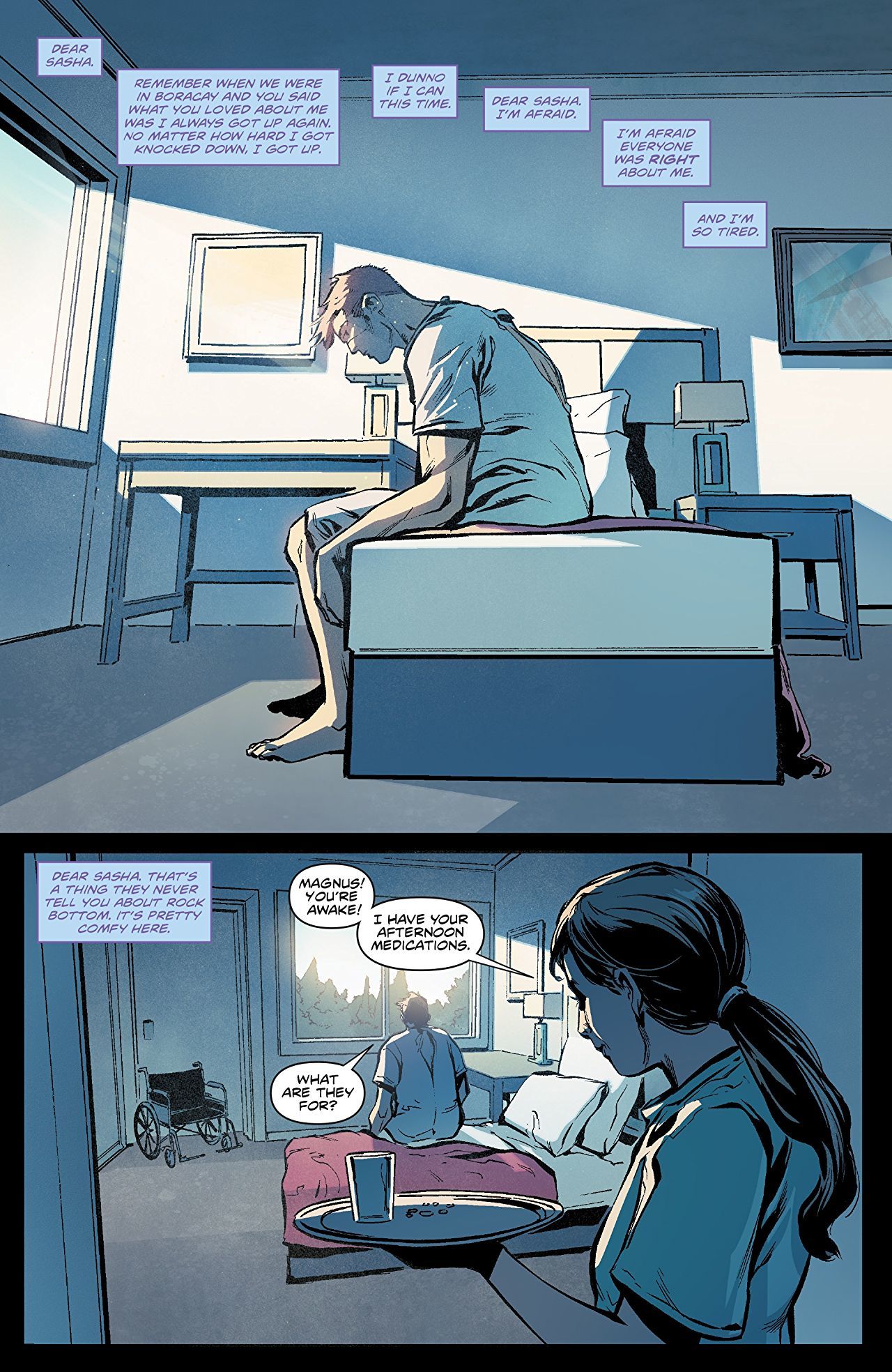 In many ways, this is a story about trauma. A cataclysmic event shook the very foundation of the world and there are people trying to survive in the uncertainty of the aftermath. Magnus tried to advert the disaster, and after failing to do so, has turned his attention to helping those affected by it. Yet, Magnus is not immune to the duress and every person he helps takes a steep toll.

While the earlier issues dealt with the Astonisher going into people’s minds and removing malicious forces residing there, the conclusion to the arc is much more somber. Instead of the chimeric inner works of human thought, we see Magnus at a healthcare facility. He is dressed in a hospital gown instead of his normal costume. He constantly questions the confidence he once had and his own faith in himself. He is humbled by his current predicament and it’s humanizing in an unexpected way. He wants to get better. He knows that path to recovery is complicated, and he struggles to meet it.

Astonisher challenges the traditional superhero narrative. The impact of trauma is not skirted around. It’s not an afterthought, it’s tackled head-on again and again. It is acknowledged and addressed and at the center of Magnus’ arc. It’s refreshing in its honesty, and I can’t recommend it enough.