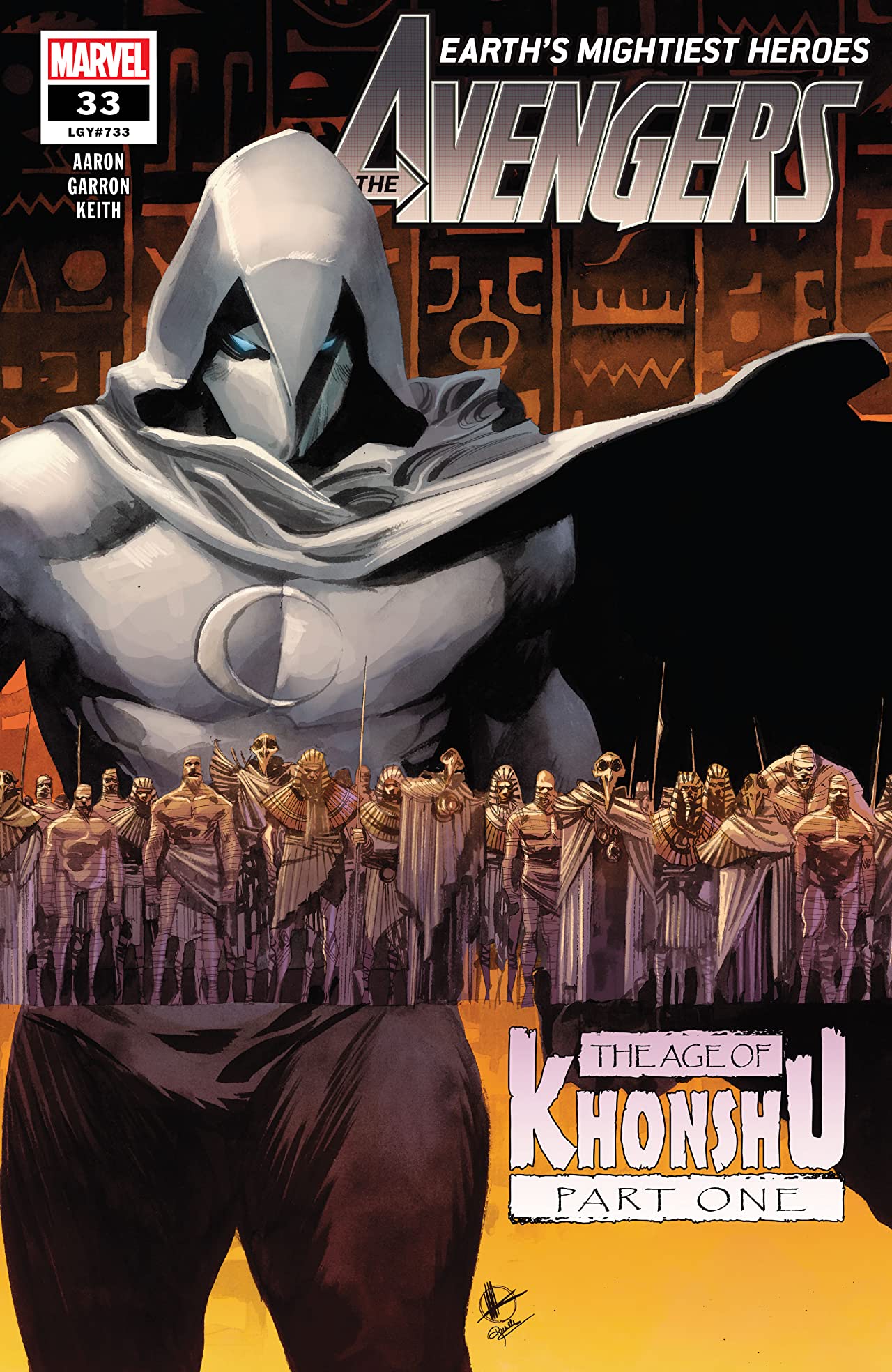 Unfortunately, I’ll have to admit that I know next to nothing about Moon Knight. However, if there were ever a case for picking up one of his comics and finding out more, it’s Avengers #33. This issue might as well be the prelude to a Moon Knight Kills the Marvel Universe book because this is how it would start. GOOD LAWD, I don’t think I’ve ever seen a character systematically beat down just about every Avenger almost effortlessly. Moon Knight is a man on a mission and no god, no king, no devil, and no warrior is going to stop him. 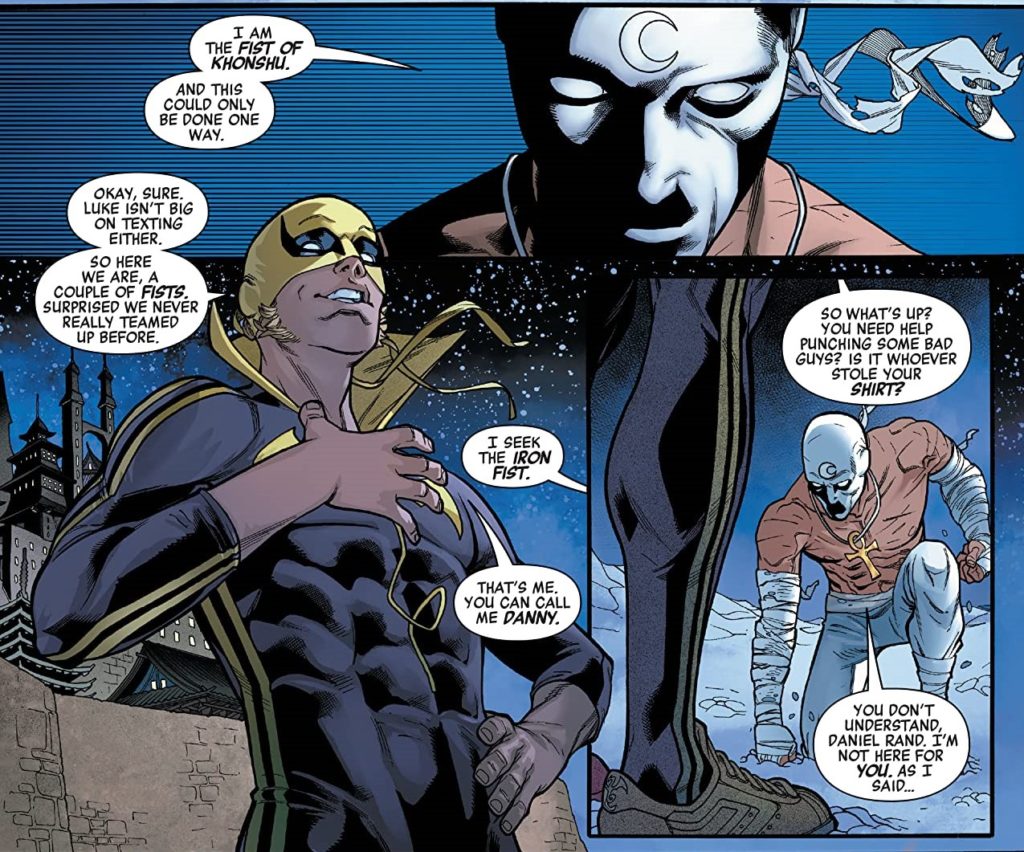 Avengers #33 is the start of a very promising new arc and as a single issue, it’s one of the best I’ve read in a long time. For the reader and (to an even bigger extent) the Avengers, Moon Knight is kind of treated like the crazy guy that everyone ignores and underestimates. That’s a mistake that everyone will come to regret. As Moon Knight approaches every character, one by one, his interactions with them are fascinating to watch. Aaron writes him like a force of nature passing through the Avengers, and it feels like there is nothing they can do to stop him. That’s quality writing usually reserved for the best villains.

Moon Knight’s appearance highlights one of the best parts about Jason Aaron’s run on Avengers. Aaron’s take on the Avengers is enjoyably over-the-top but more than anything else, what he is doing with the heroes of the Marvel Universe is a lot like what he’s done on Thor – expanding their mythology. Aaron has a way of making us see characters like never before and it’s captivating. This kind of character building also matches perfectly with the expansive stories he likes to tell. We’ve seen it so far with characters like Ghost Rider, Iron Fist, and She-Hulk. Now, it’s Moon Knight’s turn. 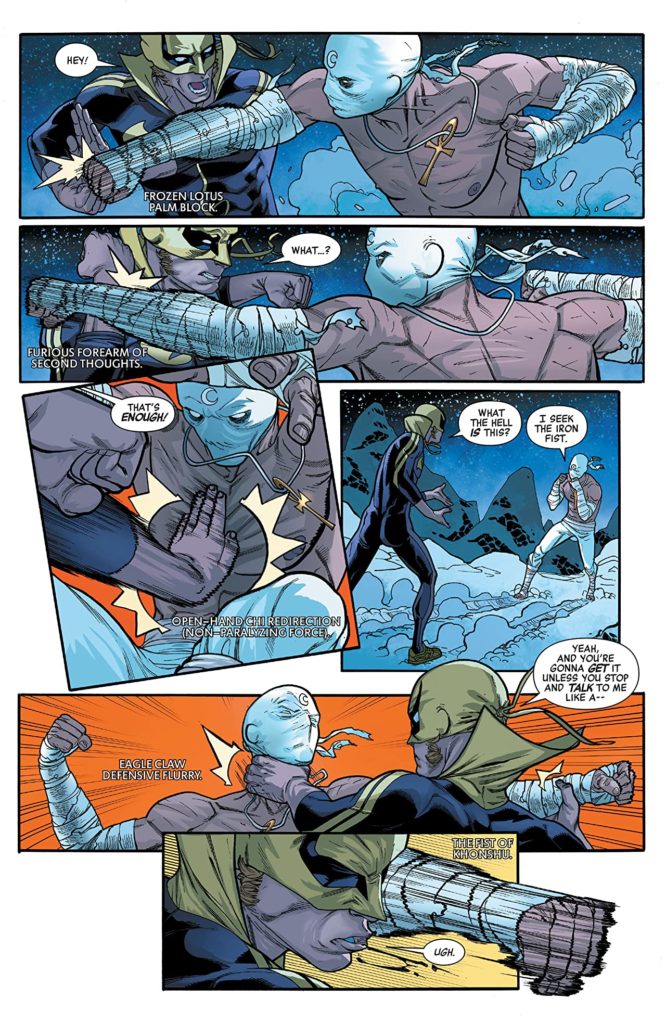 Aaron’s story is only half of what makes this issue so great. Javier Garrón’s artwork makes every scene memorable. I could literally choose almost any panel from this issue and it would qualify for some of the best shots of the week. Hell, the opening exchange between Iron Fist and Moon Knight is a sight to behold. Garrón obviously had fun with this issue and went all out. As he and Aaron move forward with this story, I can’t wait to see if the two of them can top this strong opening issue.

9 “Demented Lunar Overlords” out of 10