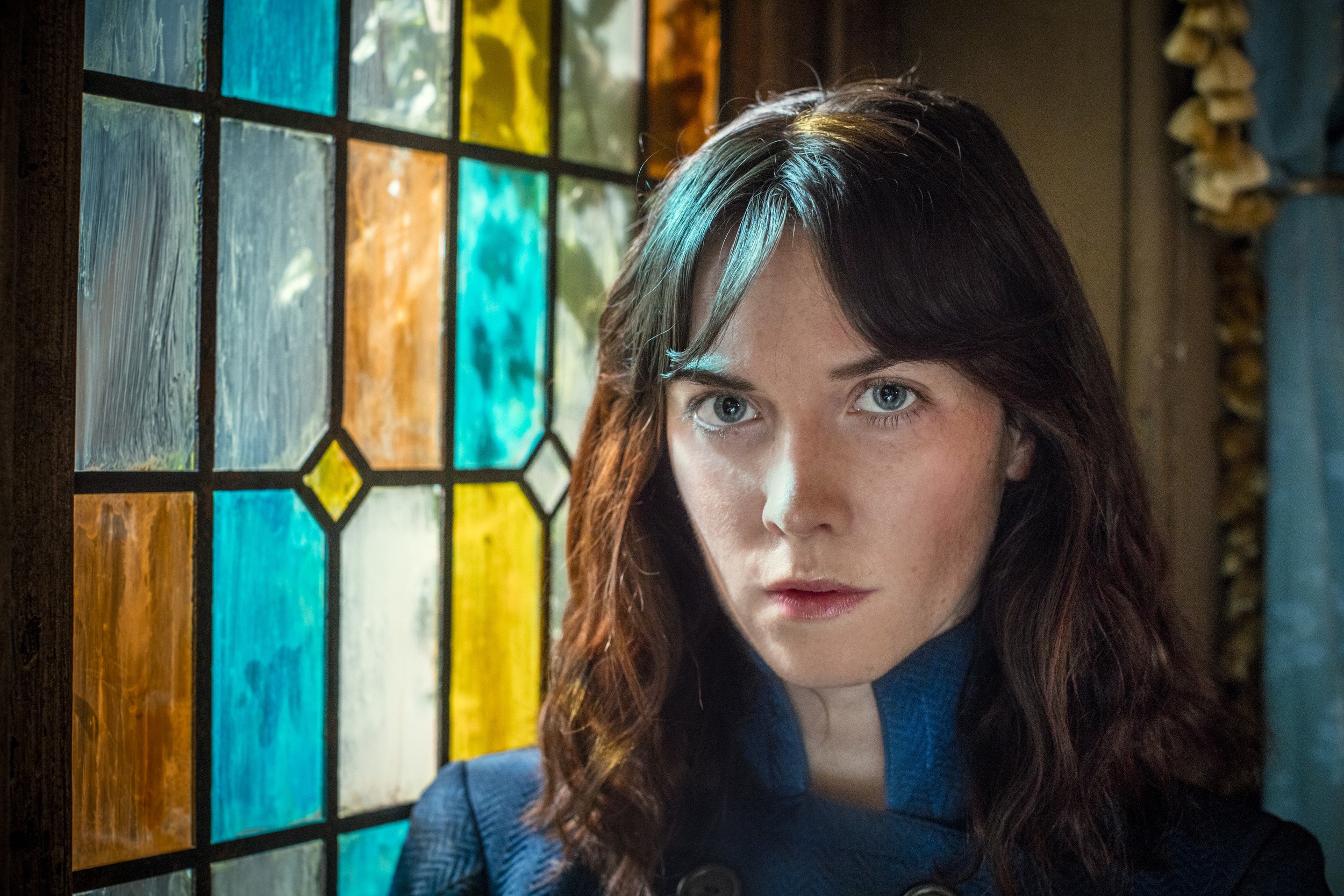 This episode begins with Minerva and Gaius working together to attack Baron Chau, a plan that Lydia does not like one bit. According to Lydia, heading into Baron Chau’s territory with such sparse forces is a “suicide mission.” It’s obvious the Widow and her minions are divided on the subject, even more so when the Sanctuary gets attacked by Butterflies and Bowlers. Led by Wren and Babyface Bowler, the blue coup comes in with gas masks and attitude. Apparently, Minerva isn’t much better than previous Barons, and they’re sick of fighting a war that isn’t theirs. With a wooden leg and a chip on her shoulder, Wren manages to do what no other group has done yet–catch Minerva off guard. It helps that Nate Moon is off site, and Lydia is hiding in the stables, though. Nathaniel arrives at the border of the Sanctuary and finds his troops slaughtered. He realizes it was an inside job and heads out into the Badlands to look for support.

On the river, Sunny and the River King try to come to an agreement that will benefit both of them. The River King gives Sunny a map to Museum Island and promises no harm will come from his men. As Bajie and Lily continue arguing like an old married couple, the River King confirms that Sunny’s memories of the massacre on the water are true. He suggests Sunny find the Captain, the only other survivor. He promptly places a suspicious order to his crew to let some randoms know he’s found who they were looking for.

When Sunny meets up with the Captain, he finds out that a mysterious crew in black and red armor attacked the boat looking for Sunny. They wore the same symbol that a young Sunny carved into the bunk on the boat all those years ago. The Captain also tells Sunny he has a sister who Sunny can’t remember and to check out the River King’s records if he wants answers.

The Age of Enlightenment

Back at the Museum, the Azra zealots hold a funeral for Castor, and Cressida has another vision of the tallymarks on Sunny’s back. This time the marks are in blood, and they terrify her. Still, when Cressida goes to Pilgrim with her information, he chokes her out and reminds her she is the reason Castor is dead and the Catalyst is his one true bro. Seems Pilgrim hasn’t forgiven his witch-y lady friend for sending Castor to his death. Later on, Nix voices suspicions about Pilgrim and his involvement in Castor’s death. She confronts him about the marks she saw on Castor’s neck when she cleaned his body, marks that weren’t there when she last saw him. By the time their conversation is done, Nix is shaking with fear and only MK’s annoying face can comfort her. Yeah girl, ya daddy crazy, ya brotha crazy, and MK continues to be a hot mess.

Lydia shoots her shot and steps up to Wren, offering help in getting Minerva to sign an armistice and end the war. Lydia isn’t always what she seems, though. The Widow tells her to take the high road to Baron Chau’s, a strange message Lydia doesn’t understand. While Lydia does her thing, Moon heads over to the refugee camp to ask Tilda to help him save the Widow. As they return to the Widow’s territory, they come across Lydia and the blue coup, who have no chance against Tilda and Moon’s badassery. To no one’s surprise, Lydia flips once again and tells Moon and Tilda of Minerva’s message. Seems like the phrase “high road” refers to a secret passage the Butterflies used to take to come and go from the Sanctuary. Minerva’s suggestion is really a hint on how they can infiltrate the house and attack in secret. Lydia takes Moon aside and asks if they shouldn’t just let the coup happen, but Nate Moon is too honorable a man to be a bad regent. Instead, they work on how to get into the Sanctuary and back to their Baron.

While Bajie and Lily fight and make out a little, Sunny returns to the River King for answers about his past. The River King tells Sunny about the Black Lotus, a group of red and black armored fellows who have been looking for Sunny a long time. In true River King fashion, he betrays Sunny, and the Black Loti ambush him in the River King’s lair. Sunny takes a bunch of them out but is surrounded when Bajie shows up to help. Between the two of them, they take out the attackers and Sunny, not to leave loose ends, kills the River King once and for all. When they return to the boat, Bajie asks Lily to come with them to find Pilgrim, but she refuses. She’d rather be the River Queen than Bajie’s sidekick, which I am not mad at.

Meanwhile, Tilda, Moon, and Lydia take on the blue coup and overthrow them before they overthrow the Widow. Wren and her co-conspirators face Minerva’s bow and arrow firing squad. Before they shoot, the Widow asks if Wren has a final request, and it isn’t for the Widow to tell Bajie “thanks” for saving her life when he cut off her leg. Instead, she implores that Minerva become the leader she promised the cogs she would be for them. In an instant, the arrows fly and the blue coup is defeated with Minerva left to wonder what she can do to be a better Baron.