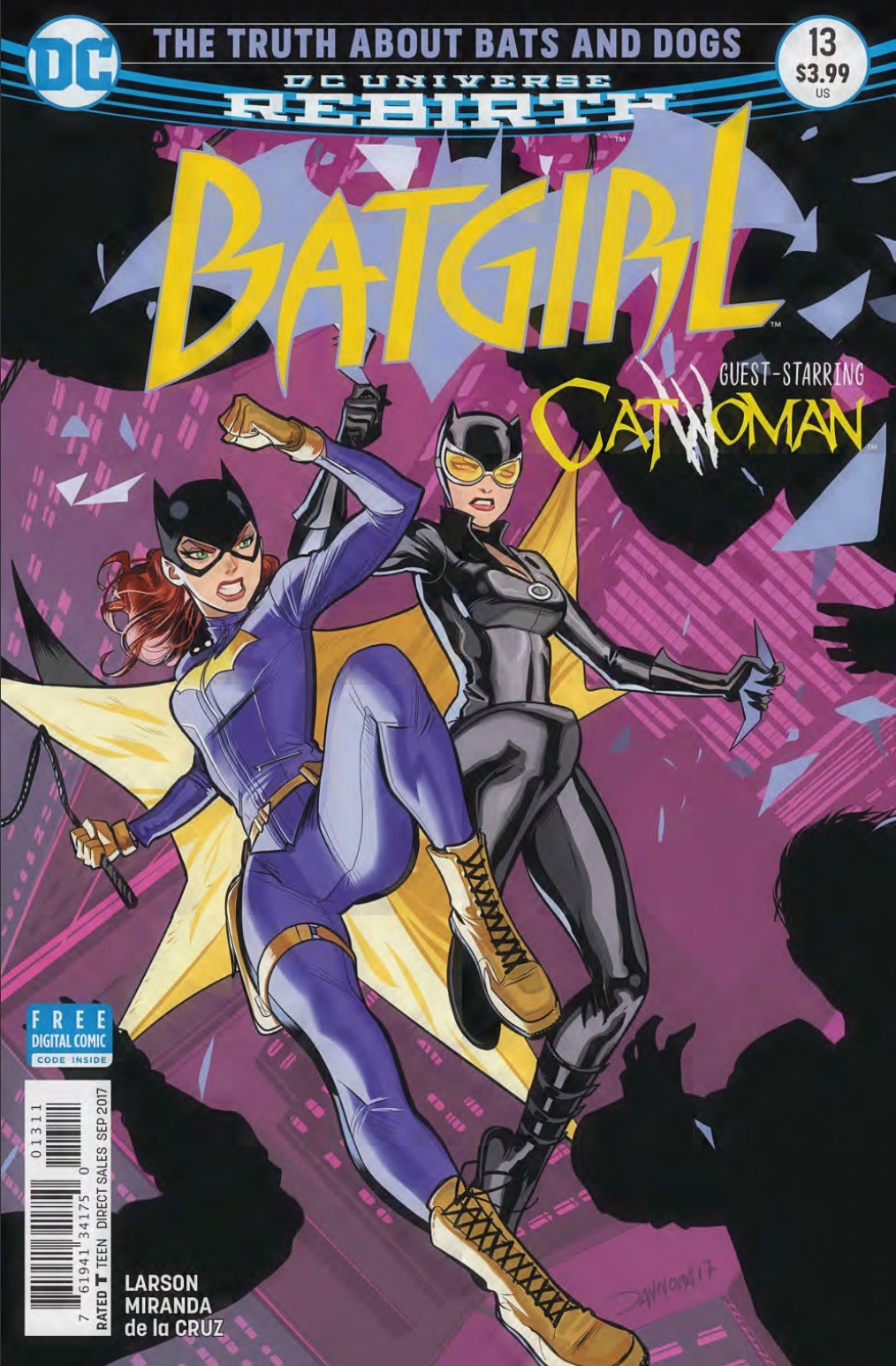 Cutting to the chase, Batgirl #13 did not need to happen. In its second filler in a row since the “Son of Penguin” arc, Batgirl airs a filler that would be more forgivable if not for last week’s underachieving standalone, making this issue exceptional only in that it seized the opportunity to highlight a likable new character. That character, Esme, is memorable from our last arc whom Barbara Gordon met while learning to balance her work, life, and heroism, by volunteering to teach coding to a group of students. Esme is instantly endearing as we see the world through a wide-eyed child on an adventure, and the issue takes place with her inner voice guiding the way, living the dream we all once had as kids who stumble into the chance to play sidekick to our favorite heroes. 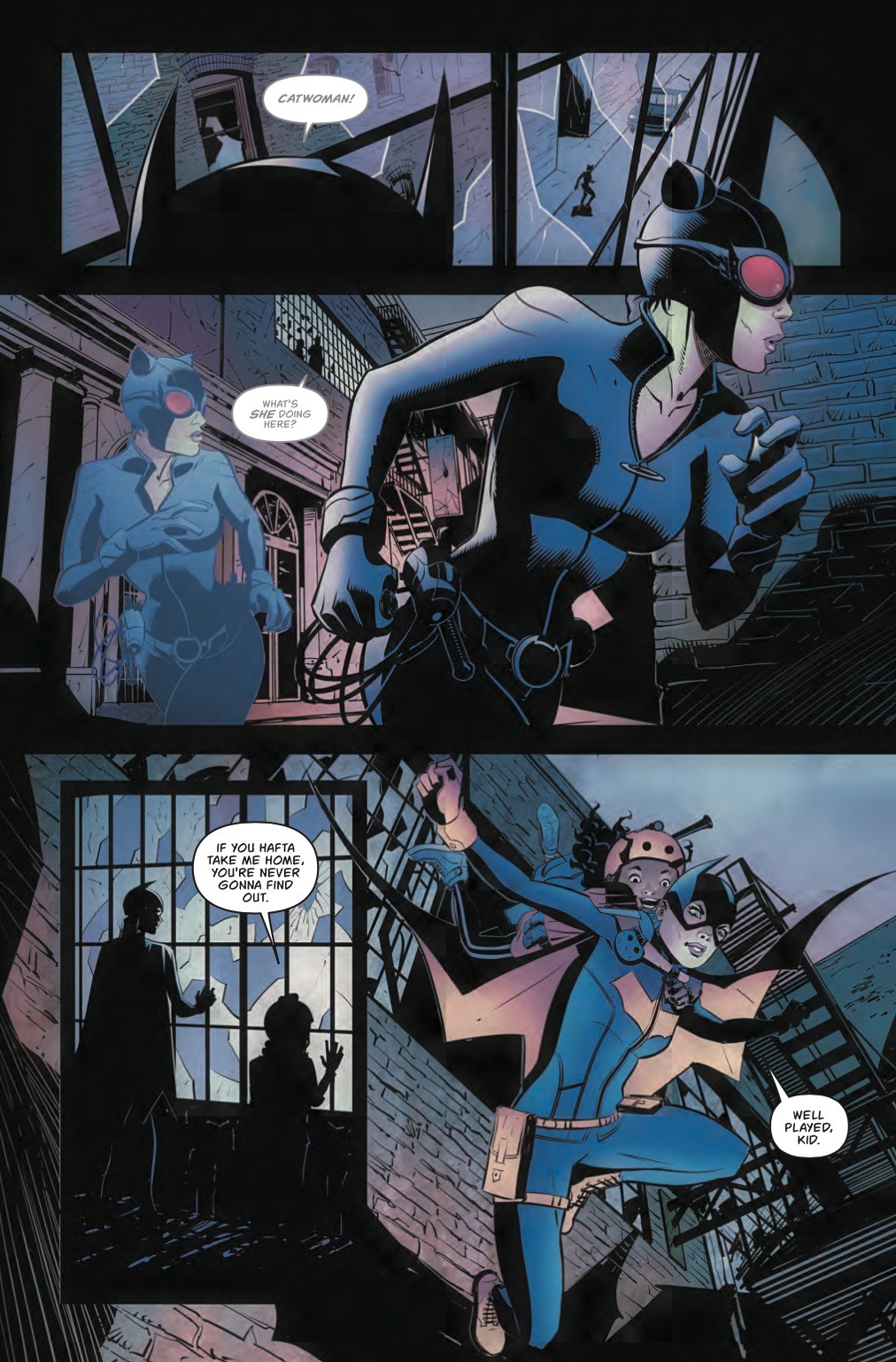 Unfortunately, that is where the intrigue stops. Batgirl #13 follows Esme and Batgirl as they search for a lost, Instagram-famous dog. When they cross paths with Catwoman, they discover that Isis – Catwoman’s pet and best friend – is also missing, so they three team up to solve the mystery of the stolen pets. If this plot seems too silly to be true, that is because you would generally expect more, even from a standalone, perhaps in the form of veiled moral of higher proportions or being lulled to sleep by a seemingly arid plot only to be surprised with its twist. Alas, the story ends as suddenly as it begins, and Catwoman is merely a prop cameo, empty in purpose except to sell more issues off the recognition of her name.

Inaki Miranda is a welcome addition to the series, bringing what is probably the biggest differentiation from other Batgirl artists from Hope Larson’s run. The angles and panel layouts are fun and close-ups capture emotion better than we have seen in the past without crossing the line into overly cartoon-ish. The action and pace fit exceptionally well with Batgirl’s adventure, and some of the charm shines through Esme’s expressions of joy, fear, and adventure as Babs plays big-superhero-sister through the night.

Still, overall, Batgirl #13 makes for two in a row that are non-essential reading. You can take it or leave it, but until this series is back on its new arc with a grander adventure for Batgirl, the chance for plot development, and signs of character growth, I suggest you leave it. There are better Batgirl stories to be told, and if history is any indication they should be their way soon.