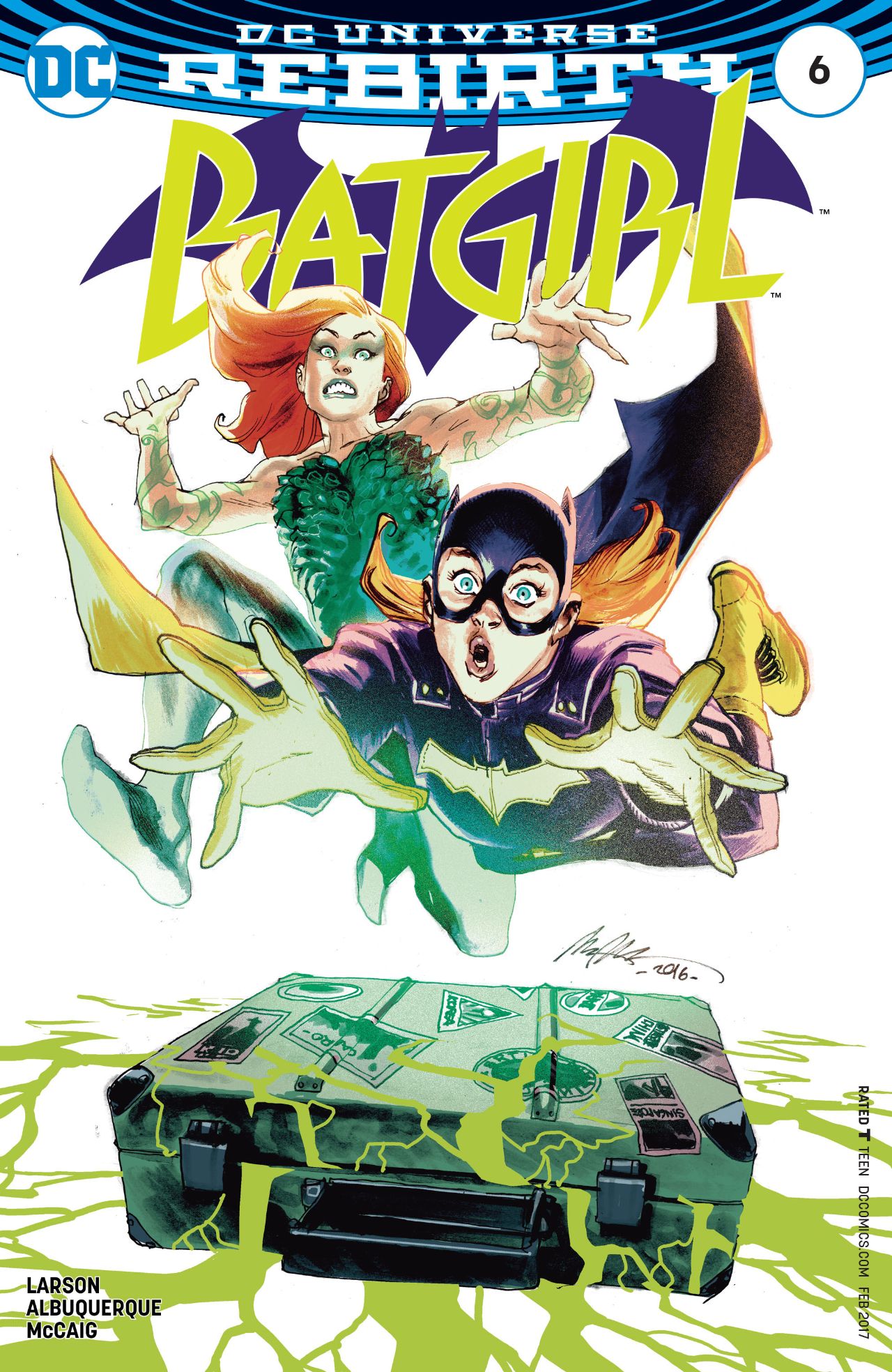 On the heels of Hope Larson’s first Batgirl arc, Beyond Burnside, comes Batgirl #6 that serves mostly as a prequel to the arc to come. Standalone issues can be hit or miss depending on expectations – and, perhaps, how much filler readers have been fed in the past – but fortunately Batgirl has earned enough goodwill that this issue reads well, more like a post-credit scene or Burnside’s analog to 24’s 10-minute prequels before a new day begins. This one finds Babs on a plane headed back from Asia, a flight that turns into its own mini adventure as she and Poison Ivy are faced with a potential plane crash. The front cover sets the tone accurately: this is a lighthearted issue, and one to which Albuquerque’s artwork and the occasionally goofy facial expressions most fit. 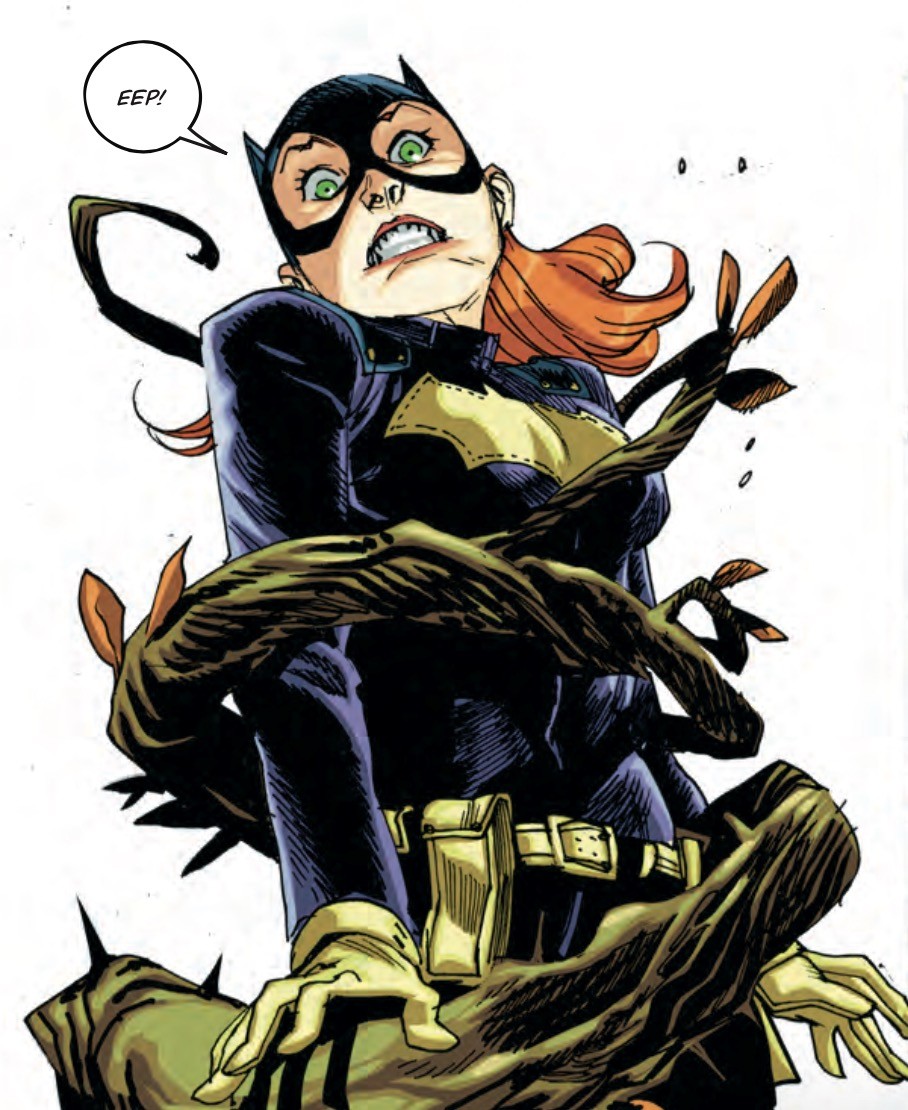 Even in a mini-adventure though Larson weaves in a few good, brief moments of emotion from Babs and Poison Ivy that help bolster Batgirl #6 into a worthwhile issue, including putting us in Babs’ headspace as she makes the transition from her travel adventures to what she wants her regular life to become. Connecting those few moments together is a quick bit of action with Batgirl and Poison Ivy having to work together instead of an expedited good-guy-versus-bad-guy plot.

Overall, the prelude gets you ready for what’s to come, and offers a slight bit of character development for Babs as she heads back home. It’s not an essential issue by any means – actually the most skippable of the series so far – but worth the read for those continuing to follow. If this is what a filler looks like in Larson’s Batgirl, it’s a testament to the series being worth your time.