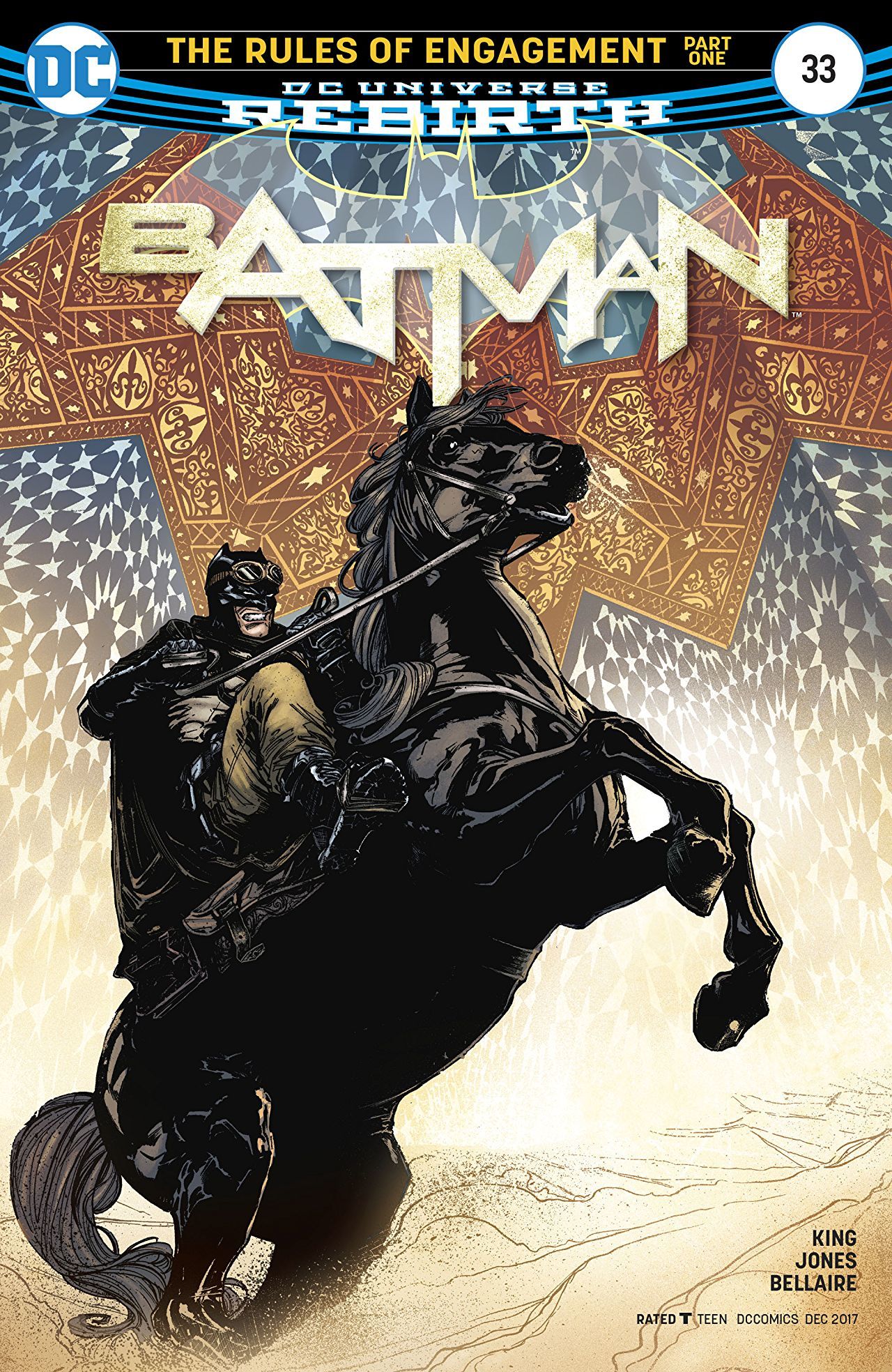 Every Batman story arc lately has made a tonal shift to easily separate it from the rest. This will come quite in handy as time goes on and readers debate about the intricacies of each.

Issue #33 of Batman starts with Batman and his new fiancée far from their native land of Gotham and riding horseback through a desert. The tone of the story immediately turns dark as Catwoman elects to shoot her horse dead after it passed out due to dehydration/exhaustion. It’s clear that this moment was meant to be significant as the now-dead horse is clearly shown for multiple panels after.

Bat and Cat then ride off, acting as if nothing ever happened, sharing their love for each other. Batman’s non-reaction to Selina shooting a dying horse at point-blank range appears to be a hint at his mentality going forward. Either she’s changed him and he doesn’t even flinch at her actions — which only escalated as the issue went on — or he’s on a mission where he understands that he needs to leave his morals behind in Gotham City where his family is waiting for him. 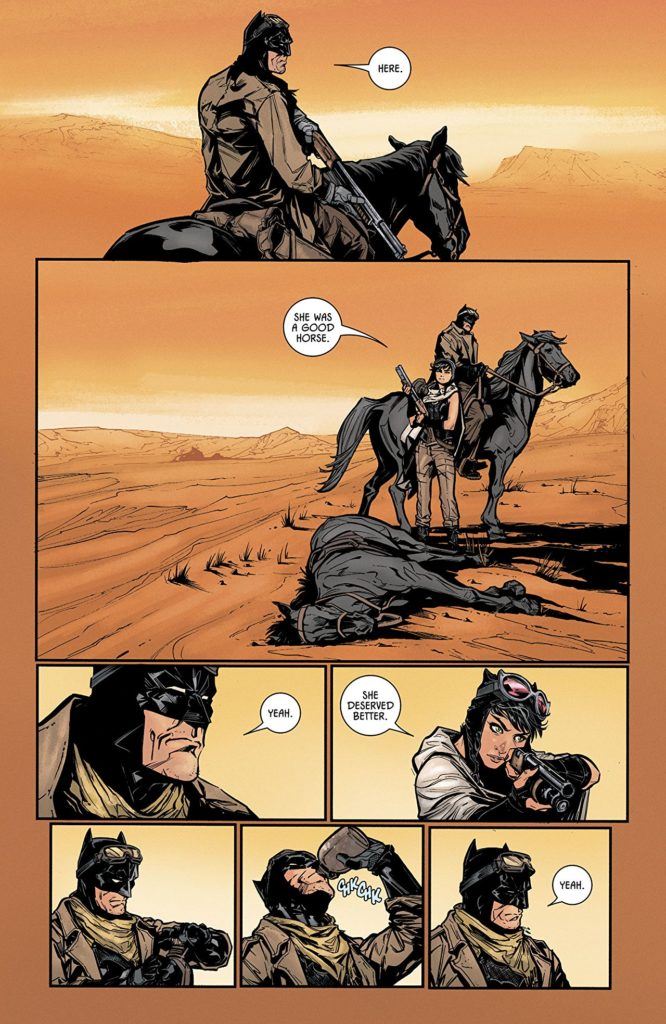 Speaking of, watching all of Bruce’s proteges — with the exception of the “dead” Tim Drake — is always a favorite. Whether they’re teasing Bruce for eating his hamburgers with a knife and fork or chastising him from a distance for his life choices, their bond with each other continues to grow.

I will say that it’s kind of difficult to tell Dick, Jason, and Damian apart at times though. If it weren’t for Dick’s button-down shirt, Jason’s signature red, and Damian reading a book about historic murders, I would’ve struggled for a while picking them apart.

This story is titled “The Rules of Engagement,” which is ironic given that Batman’s apparently thrown all rules to the wayside. But don’t worry, the end of this issue makes a lot of sense out of that.

Looking for more Batman? Find BNP’s other reviews of the series here.