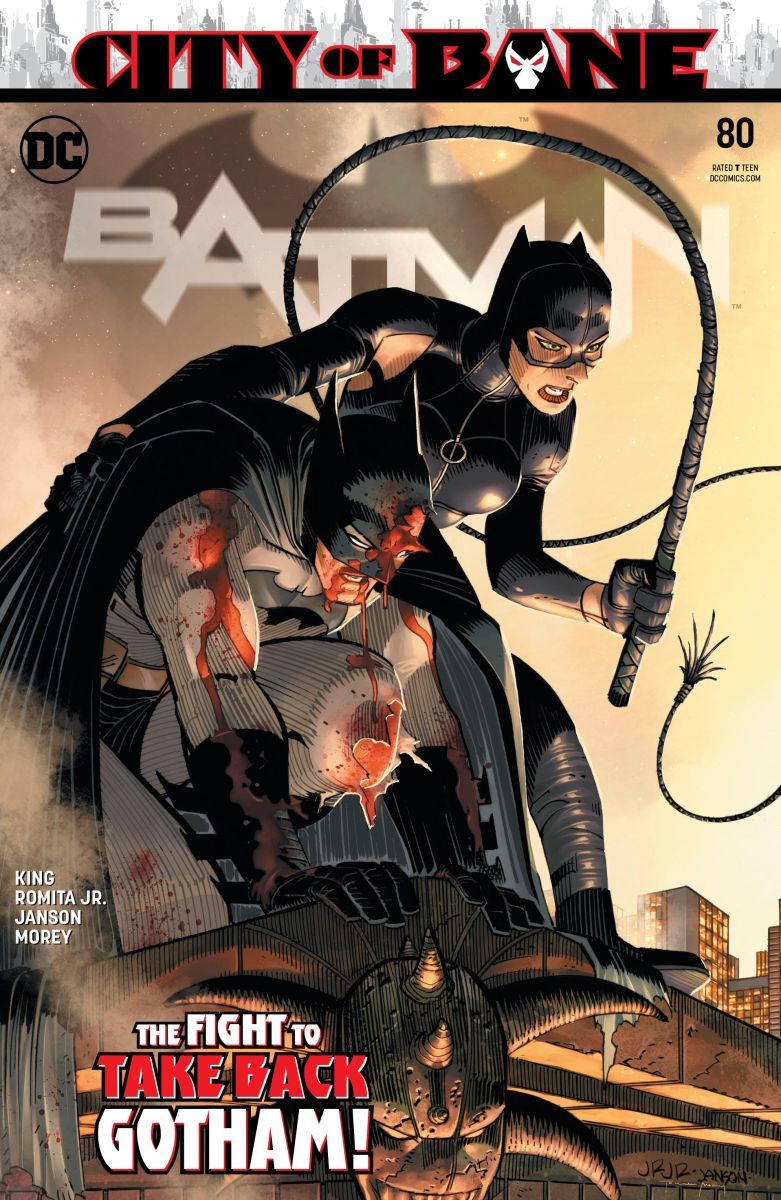 Reading Batman #80 feels like coming back home after spending the summer away at your relatives. Sure, you had some fun moments. But they all felt at least a little foreign. Now you’re back home where you know every room well enough to walk around in the dark.

After spending time away in the desert, then on a tropical beach – and let’s not forget small European apartments – Batman is back in Gotham City. And he’s not alone, as he’s recently reconnected with Catwoman, and Damian is essentially waiting in captivity as bait in (presumably?)a pre-orchestrated gamble by his father. 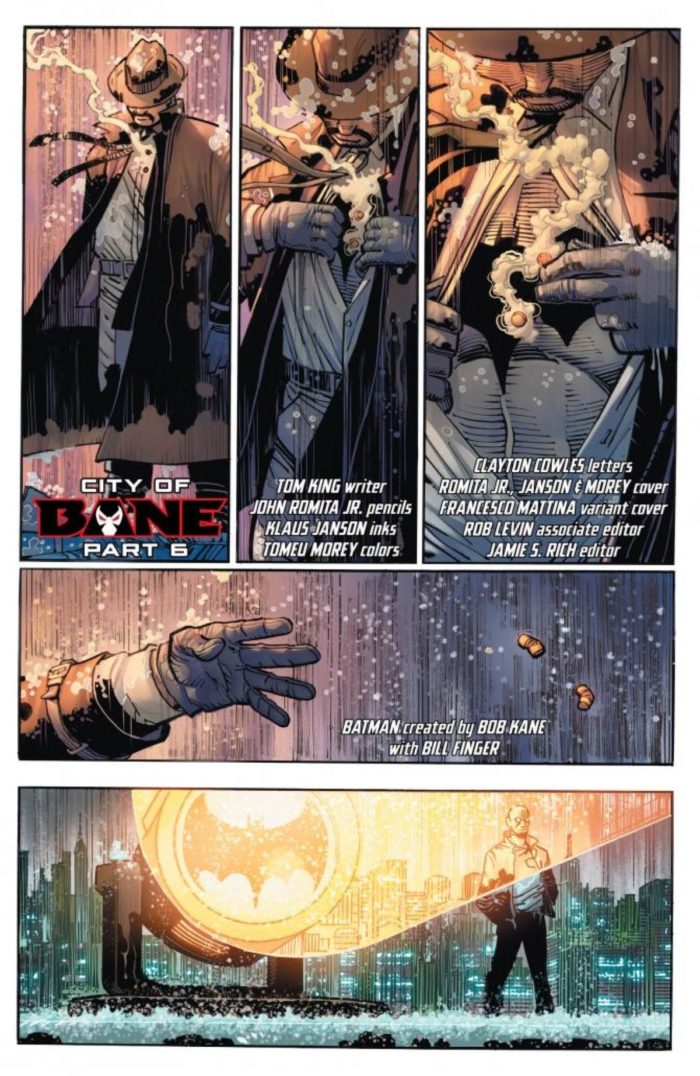 Tom King’s storytelling has taken this story to a lot of unfamiliar places. Some of which have been wondrous adventures that showed us corners of a universe we couldn’t have fathomed prior. Others took us to corners that we’d rather leave in the dark because light sometimes shows us things we weren’t meant to see – that story about the animals eating each other still gives me the creeps.

But now it’s time to get down to business as Batman is back in Gotham to take on Bane in what’s expected to be King’s last run on Batman. John Romita Jr. and Klaus Janson even give Batman a nostalgic look (read: those ears could stab someone’s eye out) to give the feeling that we’re returning to something of old.

This story has always, always, always been about Bruce’s relationships and him choosing which ones to prioritize or neglect in exchange for others. Watching him put those same cherished relationships at risk — by having Damian get captured and letting Catwoman help him fight an entire city of villains — shows his growth thus far.

There’s seemingly no time left for detours in this run, even the really fun and insightful ones. So it’s time for all of our players to come to blows and see what’s left of Gotham when they’re done.