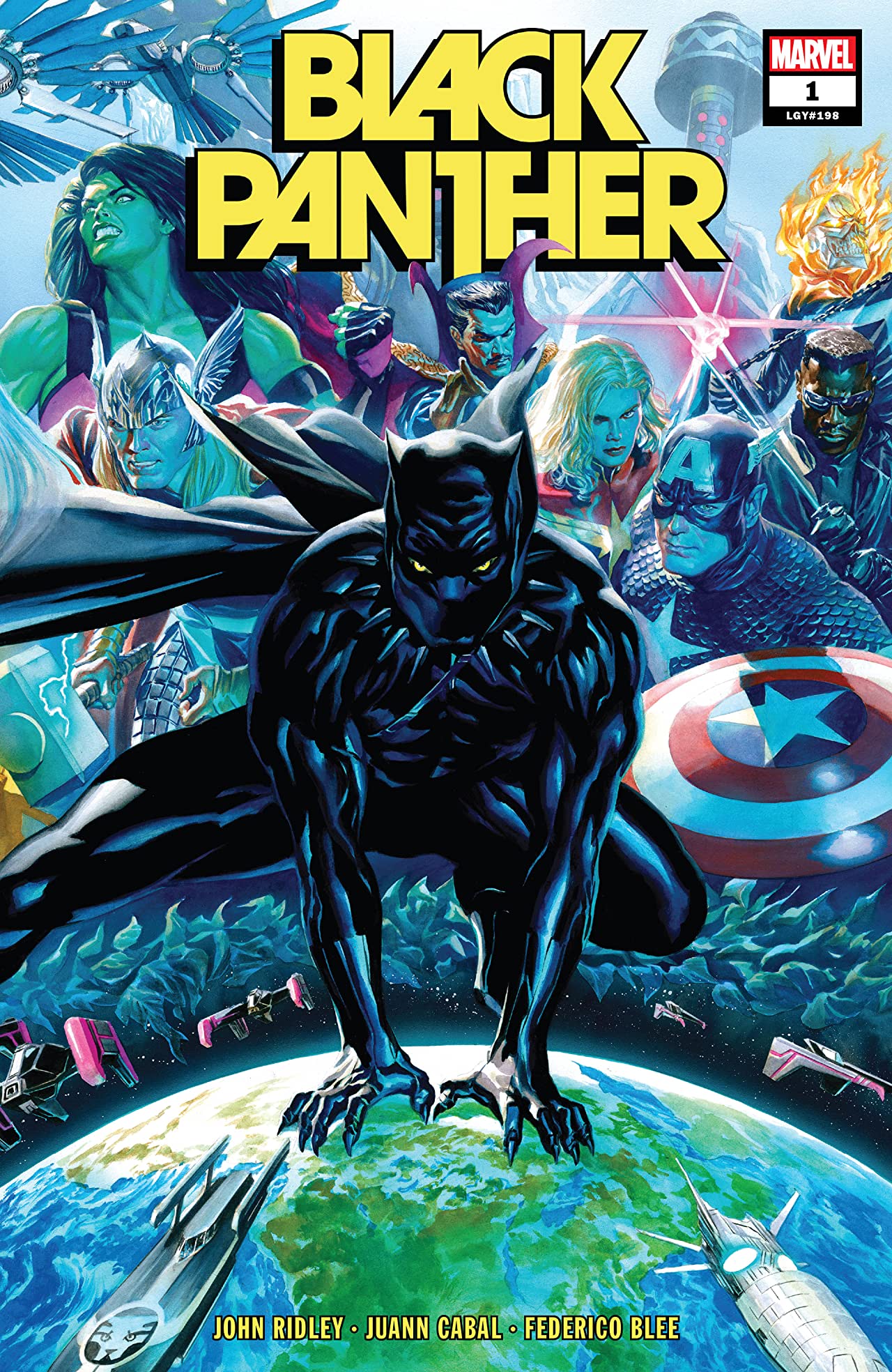 Another day, another fresh start. I always love when a new creative team takes the reins on a series and we start back from number one. It gives new readers a jumping-on point and older readers something different than what we’ve seen before. Black Panther is taken over by famed 12 Years a Slave screenwriter John Ridley and artist Juann Cabal as they explore everything Wakanda and T’Challa place in it as the country moves into the future.

T’Challa and Wakanda have been busy these few years. T’Challa’s been an active chairperson for the Avengers, all the while the country has established its own intergalactic empire. Keeping up with all of these new developments can be a lot. Thankfully, Black Panther #1 does a great job of introducing the main conflict coming while seamlessly easing readers into everything that has happened recently. What I already love is the focus on Wakanda changing so much and T’Challa’s place in it.

Wakanda evolving and having a bigger place in the world has always been the goal for T’Challa but what happens when that dream starts coming true. Wakanda, a nation that has largely been a monarchy, starts becoming more democratic. T’Challa struggles with letting go and letting others make decisions for the betterment of his country. It’s a fascinating character struggle. T’Challa is very much a man always in control and as that slips away from him, he seems not to like it.

The man also has his secrets and when those secrets start to come to light, he is fairly unapologetic about them. He and Batman should form a group for control freaks who do messed-up stuff in the name of heroism. It’s here that the main conflict of the story rears its head. I’m not going to spoil too much, but it involves a lot of black ops and Wakanda wet works. The idea of T’Challa having special assassins ready to take out targets at a moment’s notice is scary enough but when those assassins start being targeted, it’s really time to be concerned.

I can already see that Ridley’s run on this book is going to involve a lot of consequences to the things T’Challa has done to protect his country. There is a lot of emotion in these pages, and it especially comes through in Juann Cabal’s art. T’Challa might be testing the trust of his allies, friends, and even his country. He might even lose it as his old ways clash with the changing times. Black Panther #1 is teasing a lot, and I hope the rest of the series delivers as well as this issue does.