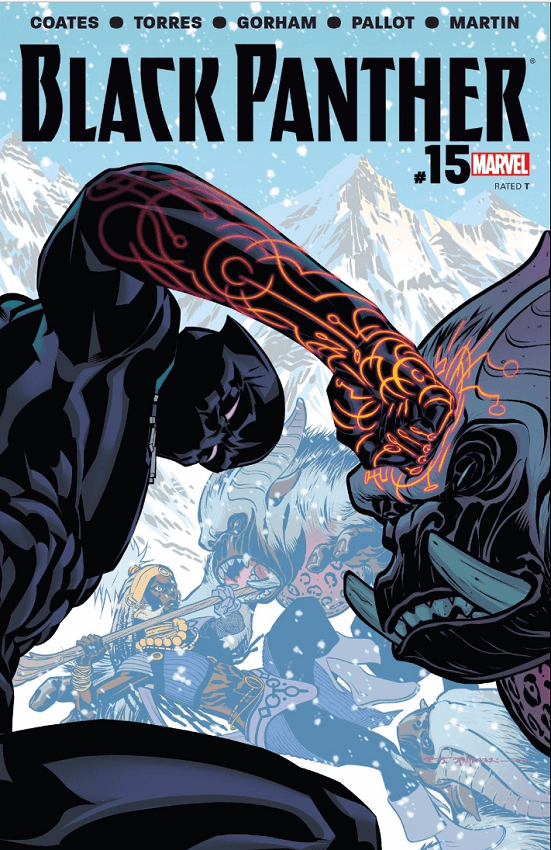 After the triumphant first arc of Coates run that took us through the inner workings and downfall of the Wakanda government, this run has pledged and then doubled down on the lore of Wakanda. Namely, its gods who don’t seem to be returning calls these days. Creatures from Wakanda’s past, the very foes that have perished under Wakanda from past eras continue to pour through portals to plague the land and repelling them has proven more and more difficult. Even the enlisting of the mystic Zawavari who has existed since before the gods appeared is a high price to pay to keep the lands safe. Coates is building Wakanda even further outward, first in its borders and geography, and now with a rich polytheism and belief system not only makes Wakanda a fully realized country. It makes Wakanda another world until itself, lending the kind of depth we haven’t experienced before in its very storied history.

Wakanda has always been referred to as a city on hill, but the kind of expansion being written is largely ambitious for a comic book and more akin to something we experience in fantasy novels and series. It’s dizzying and mesmerizing to see how big the picture gets, all the while making our characters feel smaller and smaller in this ever growing world. 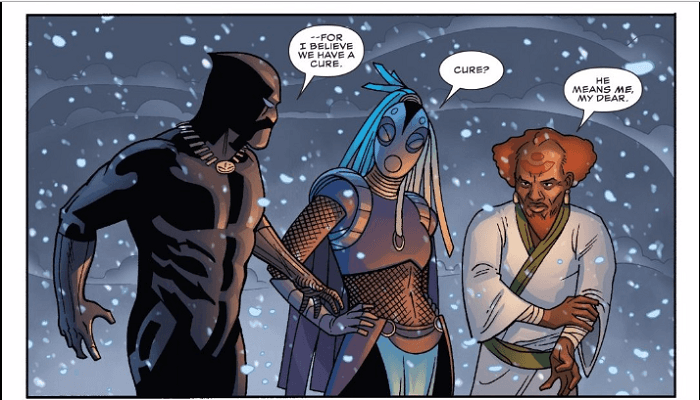 Also, it needs to be said without spoiler, the relationship between Storm and Black Panther feels the most honest and rooted that it ever has. Including their marriage. There is a deliberate attempt here to repair many of the feelings around their annulment, both in the world that the comic presides in and for the readers as well. You can tell the care that Coates is taking with how their rekindling is handled and it really feels like both an important part of the functioning story and a nod to the fans that lived through seeing their favorite couple, one of the very few Black couples in comics, broken apart for nebulous reasons.

The artists have been rotated a bit on the last few issues and its starting to show. Despite best efforts, Gorham’s pencils feel a bit heavy, giving way to shadow and brooding in the characters. That’s definitely a read on these characters, given the situations they are embroiled in and the weight of what they must do resting upon them. But what has been great about the art thus far this series is the clean regality of characters and how that sets a tone and friction with their actions at times. The art does look good in most action sequences, the arrival of T’Challa and Shuri at the battlefield via the portal especially. 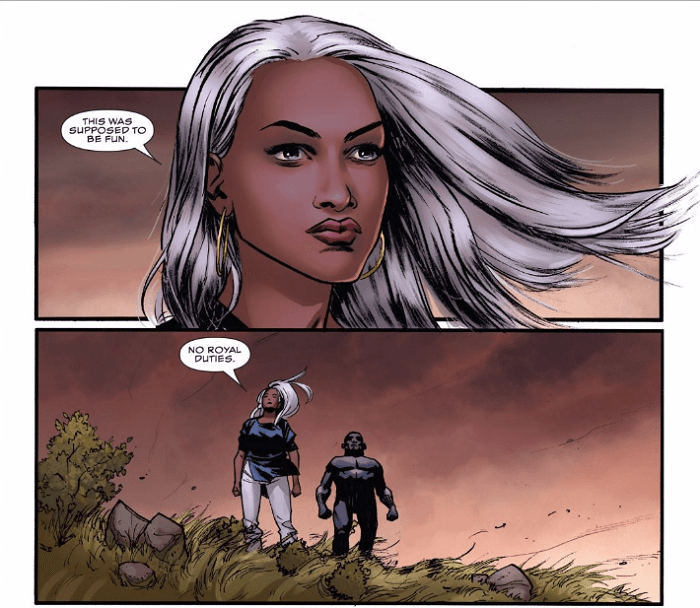 Black Panther continues its myth-building, this time with an added “gods and titans” intrigue that may explain why the country is under siege from previously forgotten foes. The art shines in parts, feels inconsistent in others, but overall, another successful entry into the growing world of our favorite nation.