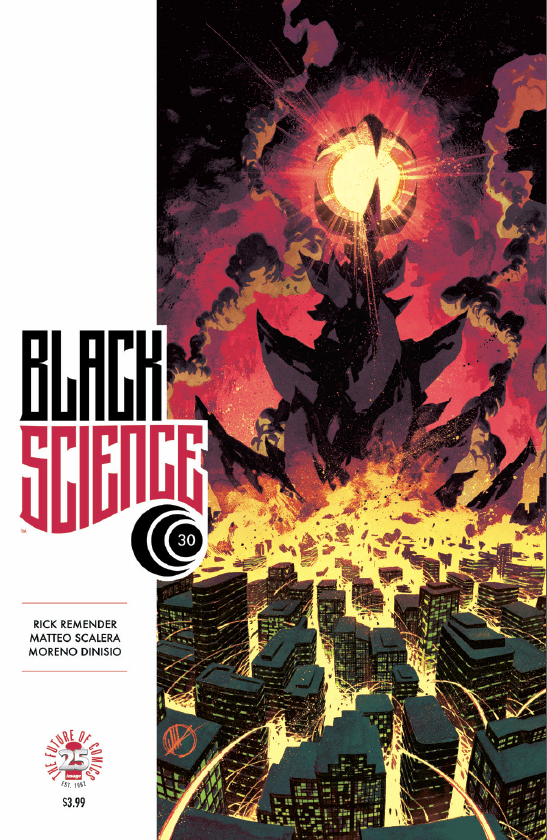 Thirty issues in and Black Science is still one of the most entertaining and high-octane comic books out and it feels just as kinetic as issue one. Just about all the individual elements that the book has presented are converging and the results are terrifying. Earth is basically fucked. The body snatchers have taken over a central point from China. The telepathic millipedes have also come to take over shit, because that’s what they do. And Grant is running, per usual. What’s great about this issue is that it’s familiar in the way that we’ve seen these forces at play before, but rarely in the same space. The Dimensionauts, who were super heroes before, are on the scene, but might be overmatched with all that’s going on. And Kadir is being Kadir. Overestimating his abilities. 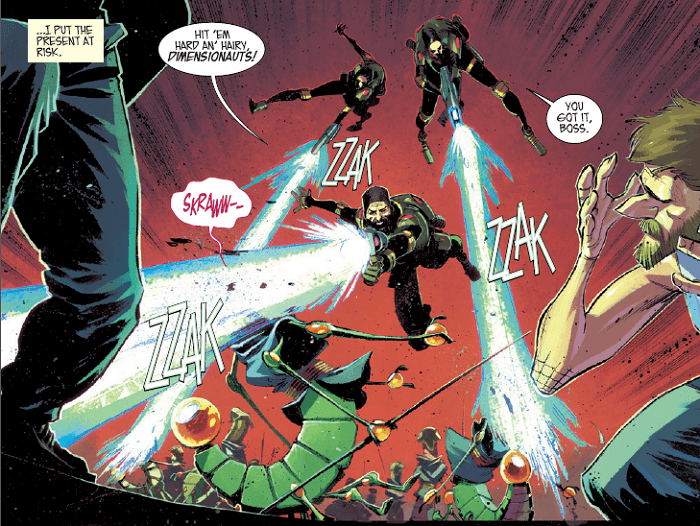 The reality is, somehow, after seeing so many crazy situations, Remender and Scalera have upped the stakes even higher, as this looks like the endgame. So many threats, brought to Earth and solutions dwindling by the page, as the reader, you want nothing more than for Grant to find a way to redeem himself. After all the bad shit he’s done and endured.

As always, this issue looks fantastic, and Scalera was given the full range here as just about every creature and situation imaginable exists in this issue. The action is unyielding, the story telling is so cohesive that a story could be told without the without the script. These two are truly crafting a energetic and always moving story that hasn’t slowed down.

9.2 Devourers from Another Dimension out of 10