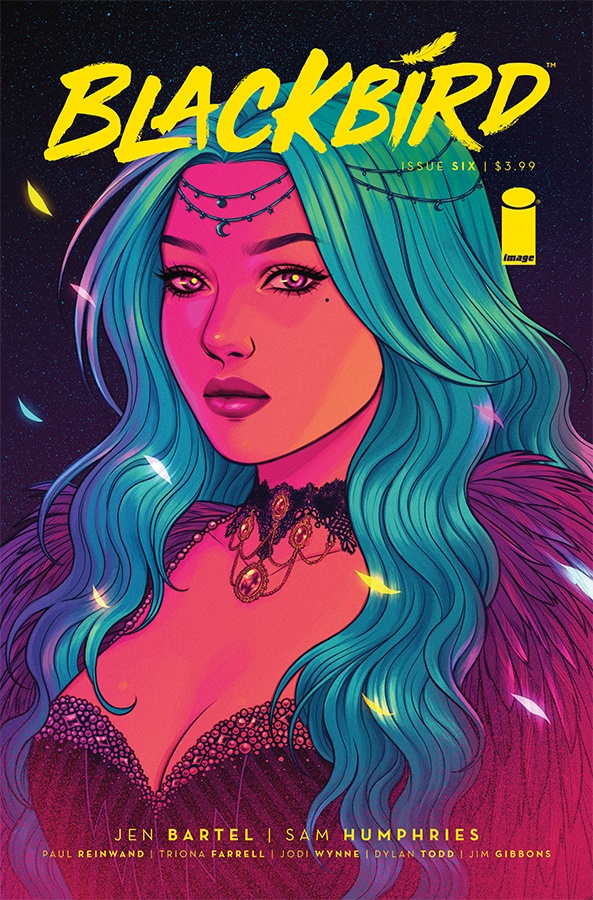 The opening page of Blackbird #6 prominently features the Iridium Castle, an iridescent geometric structure in the heart of Los Angeles, that looms over the more familiar urban elements. It’s truly a stunning set piece that can actually be used to describe the closing issue of Sam Humphries’s and Jen Bartel’s first Blackbird: rigidly, cleverly constructed and incredibly beautiful to look at. 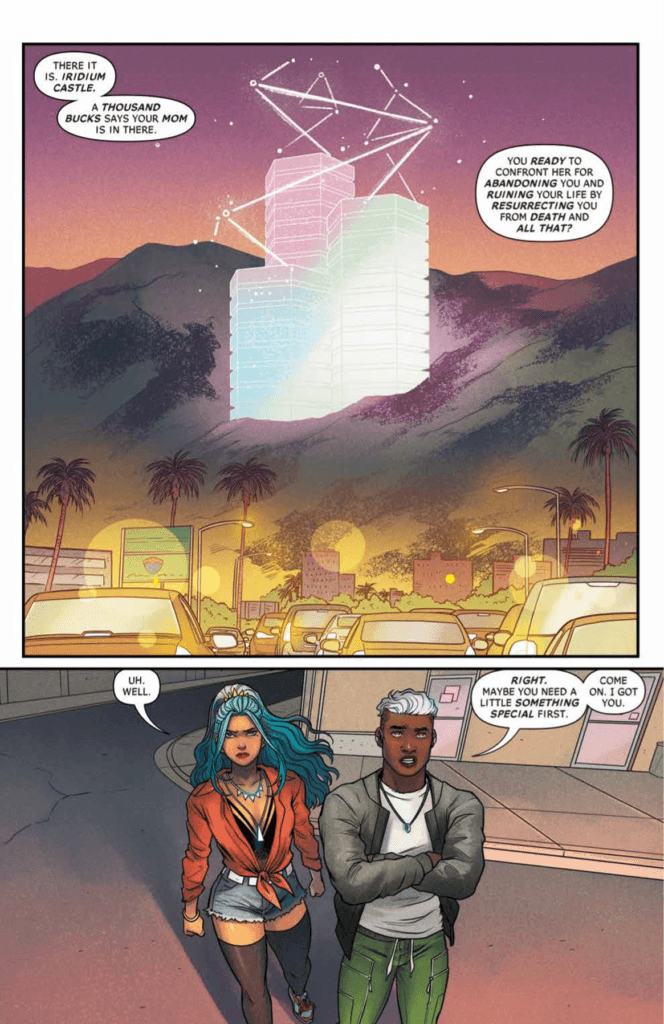 The bombshell reveals from the last issue that Nina had actually died the night of the accident that had defined her life (both of her lives if we’re being technical and accurate) came out of nowhere, but with that, a lot of the narrative pieces that Humphries’ had been juggling fell perfectly into place. It explained why Marisa and Gloria were so deadest in keeping Nina separately from the Paragons. It showed off the true depth of power that magic has in this world. It even adds a proper wrinkle to the title of the series itself. All of the world building, all of the slow burn beats in the first half of the arc has ultimately paid off brilliantly. It’s a difficult gambit to balance the critical piece of plot that makes everything click to the very last issue, but Humphries succeeded in landing a poignant conclusion that works both as a self-contained story and a set up to a complex world of magical politics and other conspiracies.

Now with all of that said, let me also take the time to remind the world that Jen Bartel is probably one of the best comic book artists out here in the year 2019. Bartel is capable of pivoting from the realistic styling of a convenience store to the magical domain of a clan matriarch and put the same level of splendor in both locations. Bartel’s characters designs are unique and her style is instantly recognizable and emotionally charged. And when she gets a chance to go full out with the surreal, magical elements it is an experience unlike any other. Supported by her layout artist (Paul Reinwand), colorist (Triona Farrell), letter (Jodi Wynne), and designer (Dylan Todd), Bartel brings Blackbird to a wonderful technicolor life, pun mostly intended. 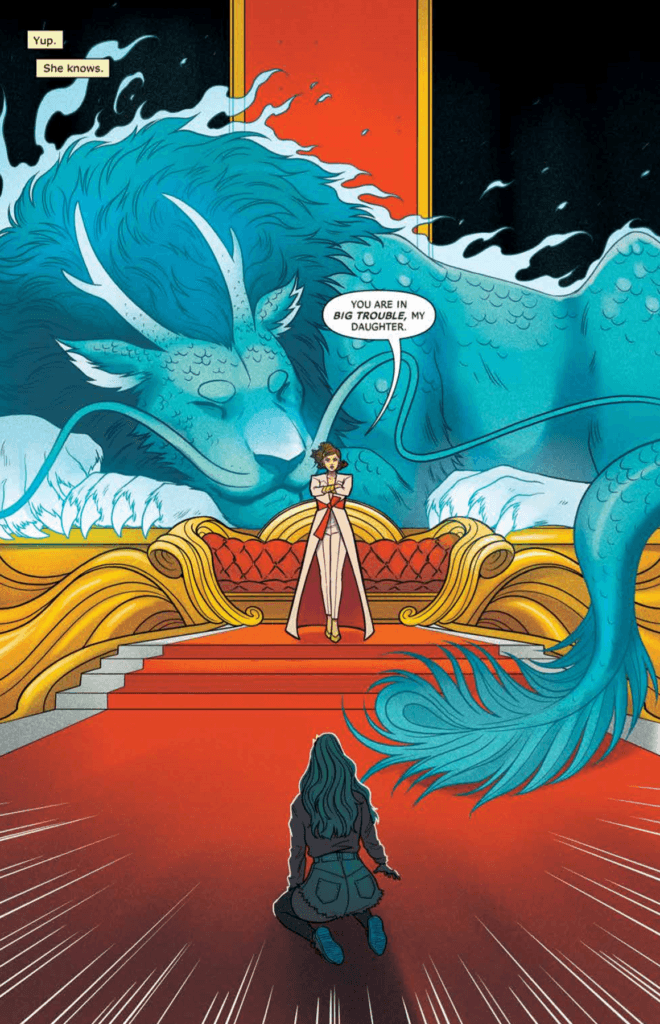 Blackbird #6 is the strongest issue of the series to date. It is a wonderful way to capstone the first arc and should make any urban fantasy fan ready to pick it up at their local comic book store.

Reading Blackbird? Find BNP’s other reviews of the series here