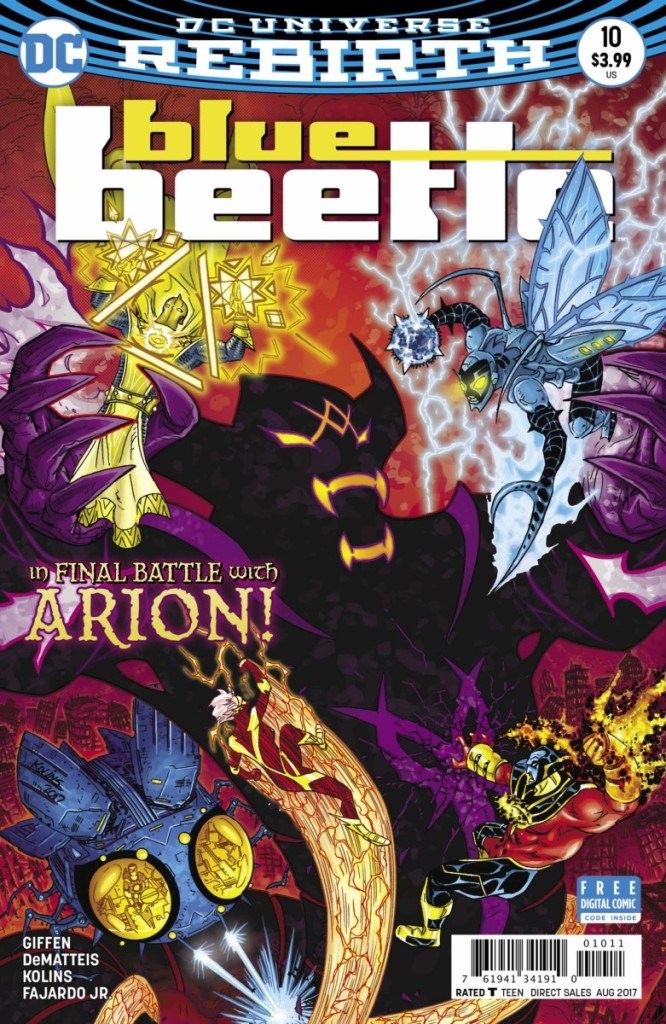 Things are pretty wild in Texas right now. The community has been turned into monsters, an Omac is on the scene now and a now scarab less Jaime Reyes is going at a thousand-year-old wizard, Arion, that’s in the middle of a warpath. So you know, a typical day for a teen. Ted Kord is back in the field for support of Jaime and I live! Kord has heart concerns to worry about but he still got moves.As the battle wages on, we’re seeing more tenacity from Jaime displayed. Secrets of Ted’s team are also being unraveled for the reader. Giffen makes it clear that heart isn’t enough to be a hero as Jaime still has a long way to go in training without the Scarab as a safety net. 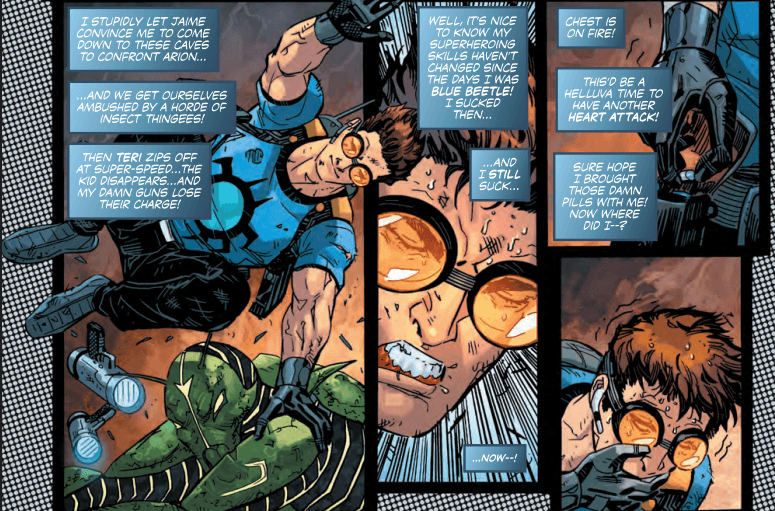 The artwork was hectic in a good way. Kolins keeps chaos on display as the realization of just how dire things becomes evident to the reader with debris and big ass tsunami waves flying around. Jaime still looks like a relatable teen even when facing a wildly powered sorcerer, which keeps the series grounded.

We’ve gotten far along in this third iteration of an origin story adventure for Jaime. This incarnation is on a much faster pace than when Jaime first appeared but the humor and artwork make this series able to content in the rebirth roll out.