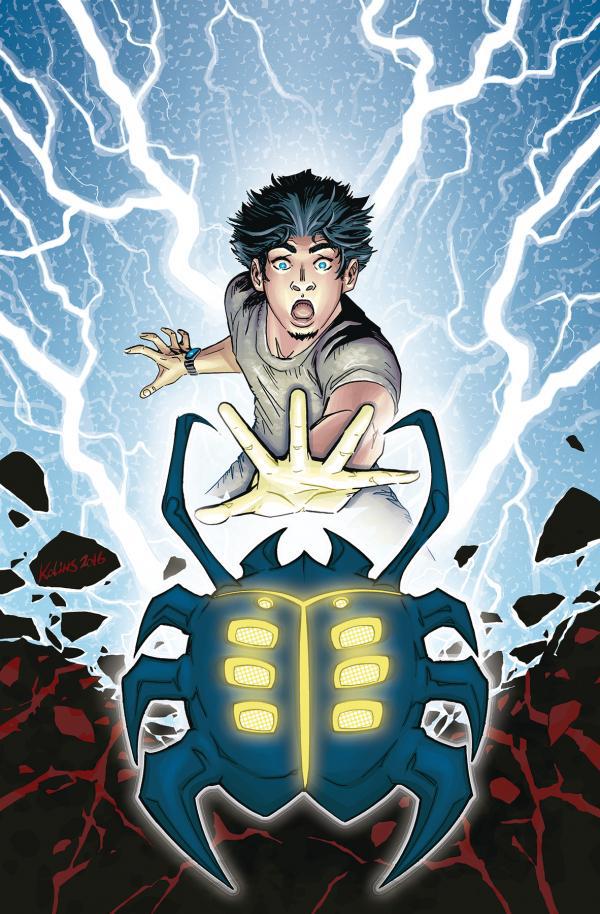 We’re finally getting the three times removed origin of the Blue Beetle as Jaime is going in for his physical and has doom and bad news cowering over him like a cumulus black cloud (see I named the type of black cloud and got all specific with it). Keith Giffen is back at the helm writing a character he helped create, so now he has to reinvent this character again because it’s a new DC Universe (new continuity, who dis?). I’m glad it’s one of the creators doing this, so that way, we in the fandom can’t complain too much if we don’t like it. For the most part, Giffen keeps Jaime’s discovery of the Beetle scarab the same, however, the scarab affects Brenda and Paco on discovery. This could mean something down the line with them getting powers or portion of the scarab as well. It wouldn’t be too far-fetched, especially for Brenda. 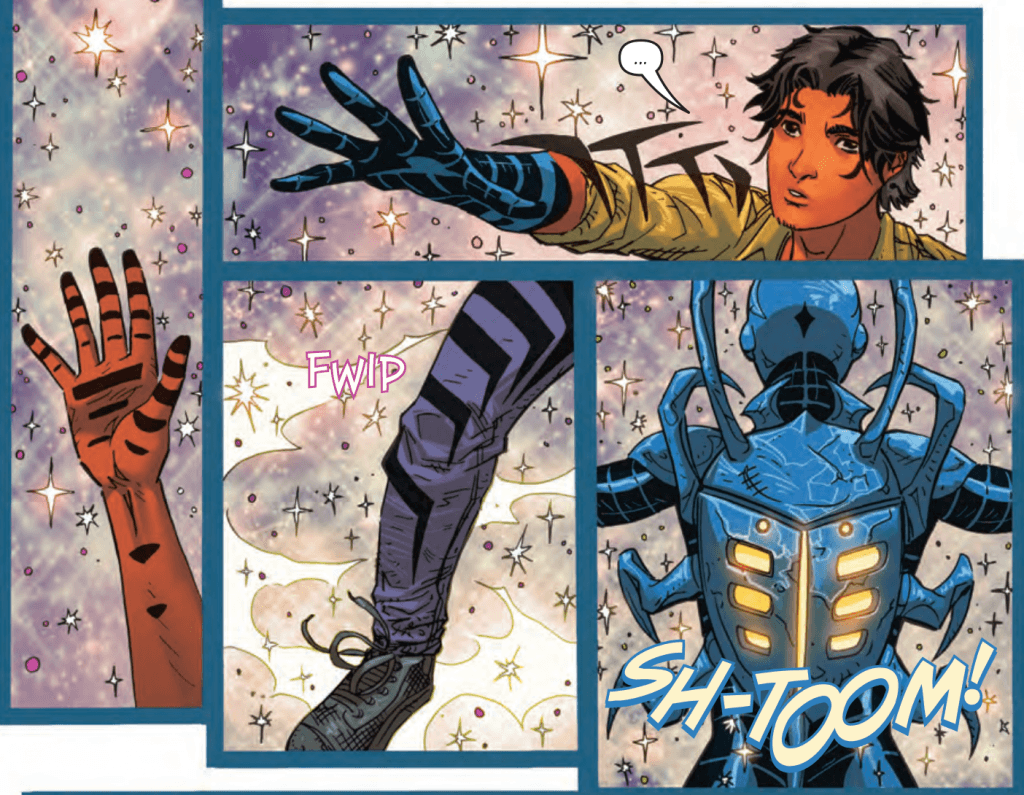 We’re getting revision not only for Jaime, but a look at Ted Kord and Dan Garret’s back stories as well, and how they intertwine. We don’t see that much aside from Ted suitng up and how the scarab has affected Dan Garrett in present time. Sad thing is that in the past it’s safe to say their mentor/teacher and mentee/student connection is long gone. I’m personally going to miss that part of the story, but there’s still more to explore between the two. Doctor Fate also makes a brief cameo that will leave a lot of the fandom talking.

Kolins’ art remains gritty and dark, which I love. Jaime’s story this time around looks different but still feels the same as his iconic first debut into DC Universe. Kolins makes it feel like a serious adventure book with high stakes on the line. The characters are defined and stand out, they’re teens but don’t look too… what’s the polite way to say this? CW drama-sih? You know what I’m talking about.

Reading Blue Beetle? Read other reviews of the series here.