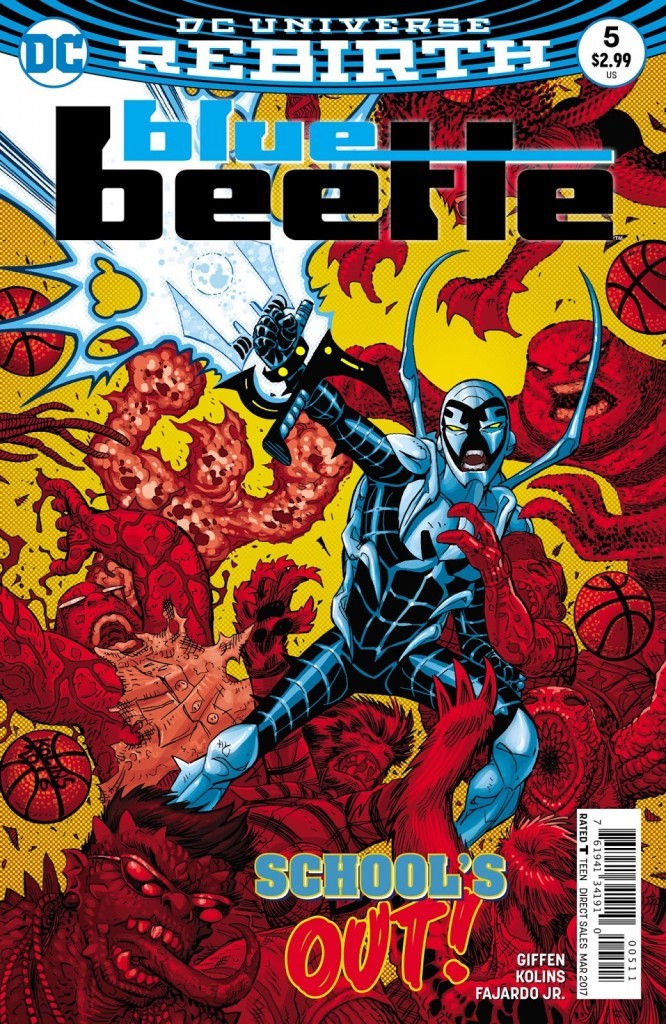 If we’re going to start this review off right then I have to get y’all in that mood. A rapper I often quote is jump-off Joe Budden. Joe Budden once told us, “You gotta shoot at mom dukes before the techs spit / I don’t go out looking for drama like the feds did,” and there’s really no other better analogy that encompasses this issue. Jaime’s mother is doing her medical duty in real time helping out metahumans with posse members guarding the door when a brolic ass dude rolls up in the clinic with no appointment and starts moving the furniture around.

Are you in the mood yet?! Well, you should be because it turns out this dude has a green Scarab and he wanted Jaime’s attention, and what better way to garner that attention than going after mom dukes. If you’ve been waiting for Jaime to cut loose then this issue will please you, as well as display just how far Jaime and the Scarab still have to go with one another. Homie was playing for keeps and had Jaime punching way above his weight class. Giffen does a great job to show the protocols Ted Kord has in store when shit hits the fan as he and his associates gather up Jaime’s family. 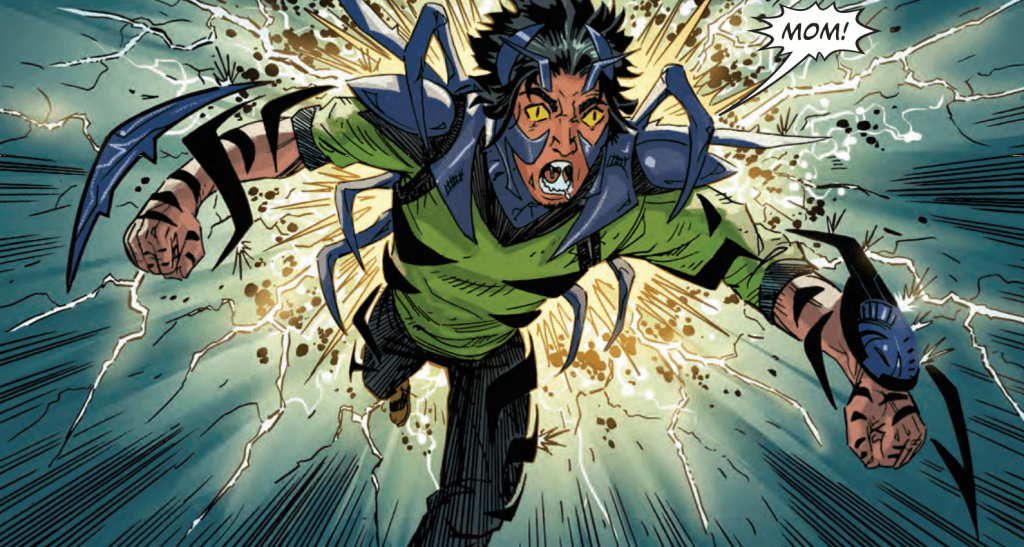 Ya boy’s worst nightmare is unfolding before his eyes and that’s only a small percentage of the fuck shit that Jaime is aware of. Giffen gives us some motif this issue on behalf of his assailant and Kolin does a great job creating a very dire atmosphere for the reader. The battle isn’t that long but the action we see conveys everything we need to know about just how far up shit’s creek Jaime and company may have found themselves. Kolins keeps shit looking gritty and I love it. He pens a very realistic, primal looking Jaime once them kid gloves come off and the alien armor choppas come out.

There’s going to be several assessments of the situation that just occurred come next issue. Jaime, his family, friends, and Ted Kord’s squad are going to have a lot to talk about, as well as coming up with a plan moving forward. Here’s hoping we get a more cohesive unit moving forward, but that’ll only come if Jaime chooses to embrace the Scarab instead of trying to get rid of it.