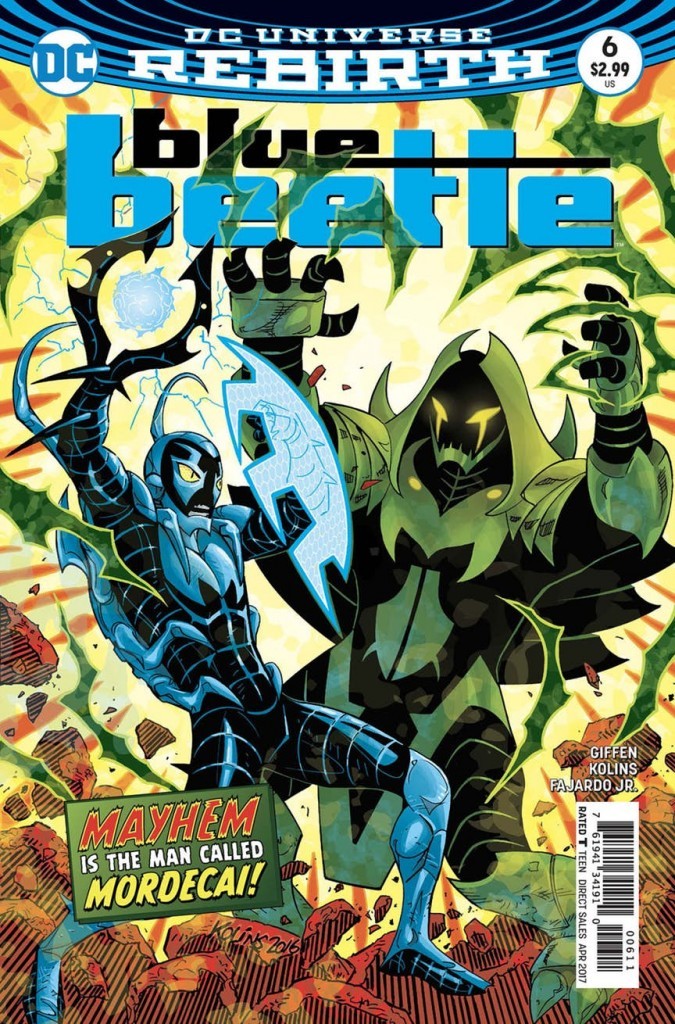 Jaime Reyes is not here for the fuck shit in any size or portion, folks. Ya hero is annoyed, emotional, and fed the fuck up. You would be too if you nearly had your whole essence from your body and had your mom damn near catch a fade. Jaime wants answers from Ted Kord and he wants them shits now. You would think Kord’s protocol of gathering Jaime’s family in case of an emergency (such as this) would give Jaime some satisfaction but noooope. Jaime doesn’t like his family being mixed up in his “hero” business (like when juice from your greens touches your mash potatoes) if you even want to call it that, he just wants this scarab off and that’s seeming more and more unlikely.

Kord starts to put the puzzle together for Jaime as he tells him bout Dan Garret and allegedly how the scarab caused his demise. Which only angers Jaime more as that info was kept from him. Your guy storms off [to do something really stupid mind you]. We get some time on Brenda and Paco talking and realizing that those who know about the scarab may be in danger which means they could be targets just like Jaime’s family. 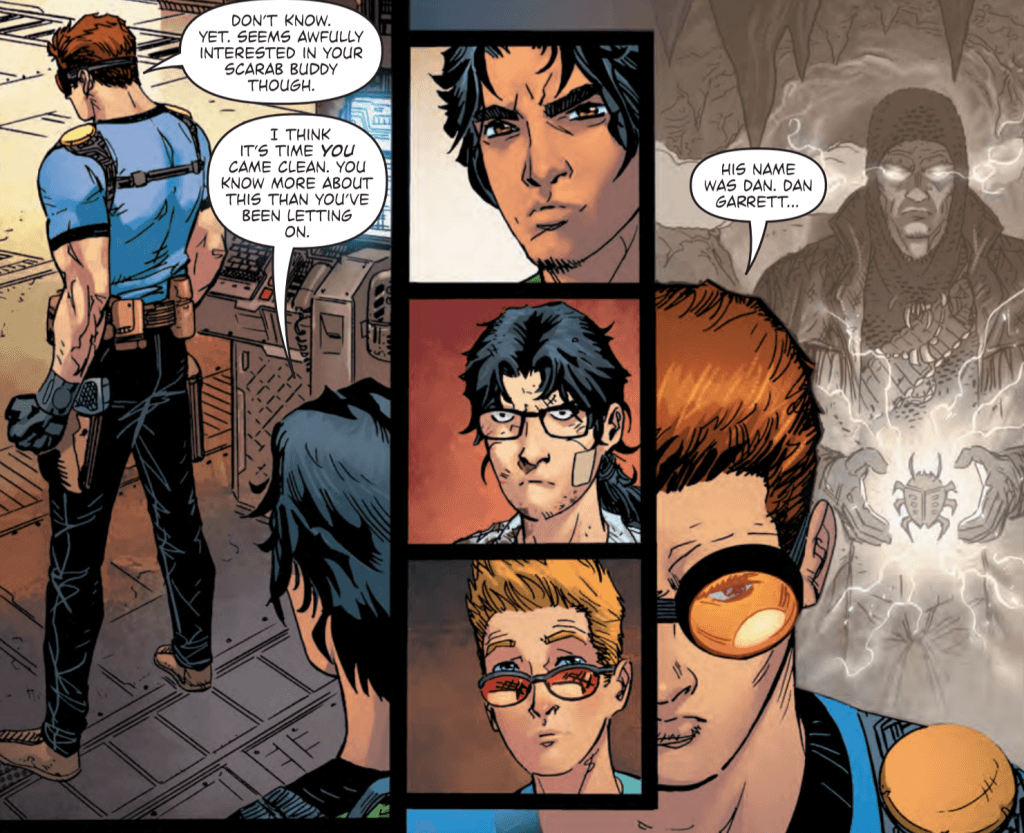 Giffen gets us right into some action toward the end of the series and that shot doesn’t go the way you’d think it does. I wasn’t expecting such a hot headed move from Jaime but new universe, new rules yo. I do wish we got to see more of Jaime’s friends getting to be badasses in their own right but i’m sure that’s coming down the line.

Kolins art is at its peak displaying just how frustrated Jaime is with the situation at hand both in and out of the suit. There is a stark contrast drawn when we see an emotional Jaime wielding the suit and when the emotions go out the window. Those visuals came across very well.

Blue Beetle continues to be the truth from Dc Comics. There are a bunch of things we can say we miss from volume 8 of the installment (like when the scarab talked) but we’re building up a new adventure here so the ride is still enjoyable.