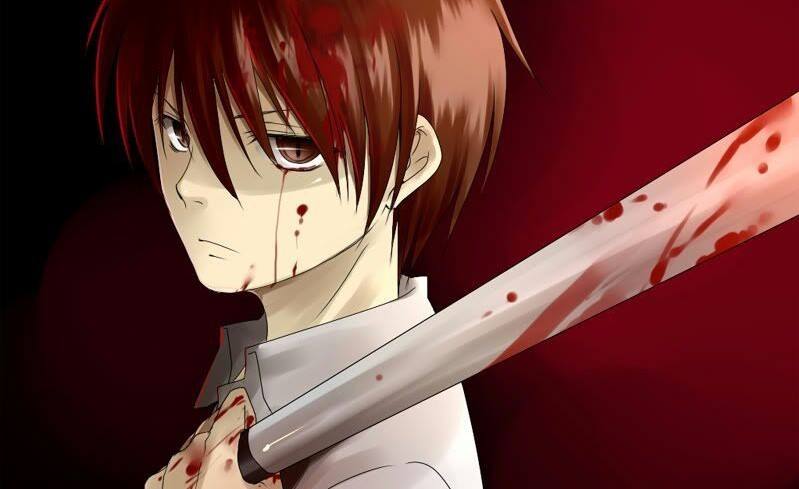 It’s that time of year again. Time to get spooked for a WHOLE month. Nothing is scarier than spooky dweeb shit. This time we have a show that’s very near and dear to my heart and a bunch of other closet dweebs’ hearts as well – Higurashi No Naku Koro Ni or Higurashi: When They Cry. So edgy. Like Corpse Party, Higurashi is based on a video game and unlike movie adaptations, this anime came out pretty great. So, let’s explore the town of Hinamizawa and get blessed by yanderes. SO many yanderes. Oh, viewer discretion is advised. 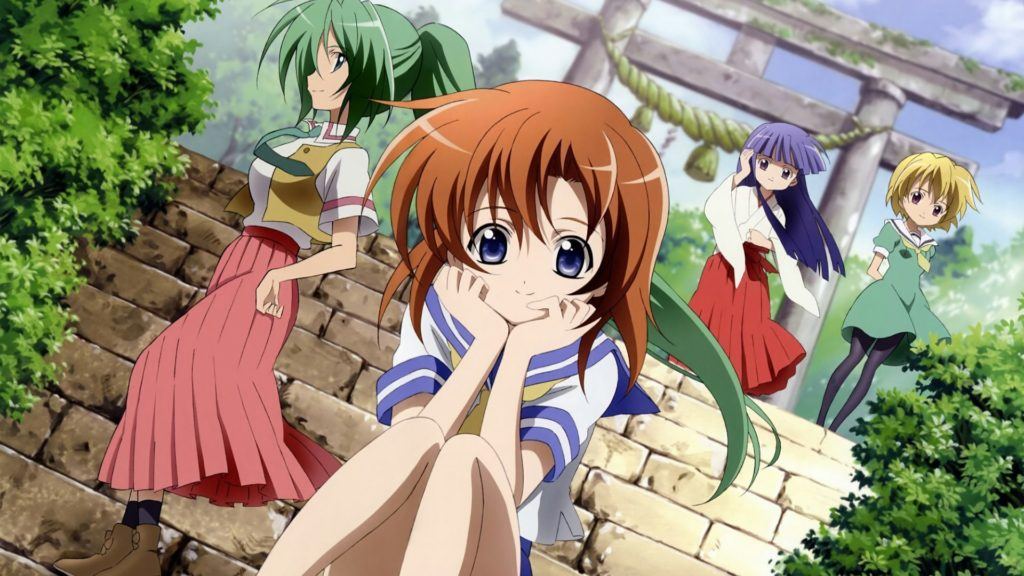 Higurashi No Naku Koro Ni follows this normal looking dude named Keiichi Maebara when he moves to the quaint little town of Hinamizawa. Although most of the show is from Keiichi’s point of view, we also follow his new classmates Rena Ryugu, Mion Sonozaki, Rika Furude, and Satoko Hojo. They’re a nice wholesome group with nothing wrong with them at all, promise. After the set up comes and goes, it’s time for the annual Watanagashi Festival! A celebration to give thanks to Oyashiro-sama, the local god. It’s a beautiful ceremony full of all the stereotypical anime festival goodness with a tiny dab of murder. For the past four years, one person has been murdered and another has gone missing on the evening of the Watanagashi Festival. That’s right. It’s not just murder. Someone disappears too. Why do they keep having this festival?

After learning this, Keiichi starts having strange visions, hallucinations, and paranoia in this small town. With his only solace being his friends, he has to rely on them to help him get through the festival, but as each of them start showing signs of Hinamizawa Syndrome (won’t explain because spoilers), can he truly trust them? 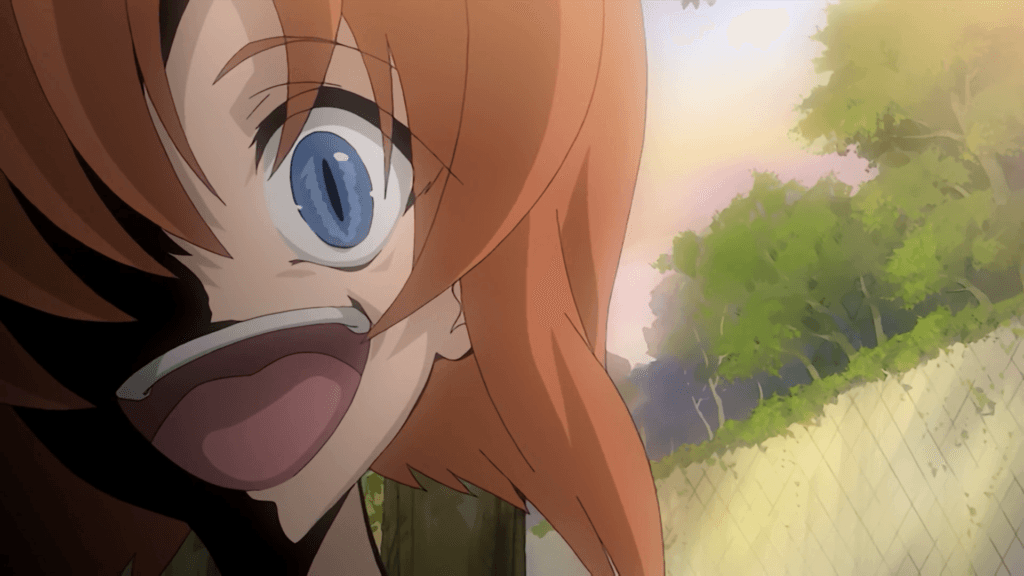 Did you get the heebie-jeebies? Are you quaking in your Naruto socks? Higurashi is more of a thriller mystery than a horror anime. The fear of the unknown and paranoia drive this show. While there are horror elements such as blood, gore, girl stabbing herself in the head, boy bashing heads in with a baseball bat, little children crying (you know the good stuff), following these characters through the mysterious world of Higurashi is what keeps you hooked. Watching each character deal with the town won’t be an easy task. You’ll grow attached to these characters as each episode progresses. Watching, waiting, and hoping that maybe, just maybe everything will be ok.

There are two main seasons of the anime and a few other OVAs that we’re not going to talk about because they aren’t that spooky. The first season, Higurashi No Naku Koro Ni and the second season Higurashi No Naku Koro Ni: Kai which roughly translates to When They Cry: Kai and that rhymes so it’s cool. The opening is also full of all that eerie goodness.

This show is a perfect introduction to thriller and horror anime. It’s a great show to watch with your friends if you enjoy stabbing and nails being ripped off. If you don’t enjoy those things, you’ll also find a deep and intriguing story here. The only place to legally watch this show online is Hulu, and they don’t even have the full second season. Do with that information what you will. If you’ve seen the show or if you’re planning on watching it, hit us up on Twitter! Remember, don’t eat the rice ball.