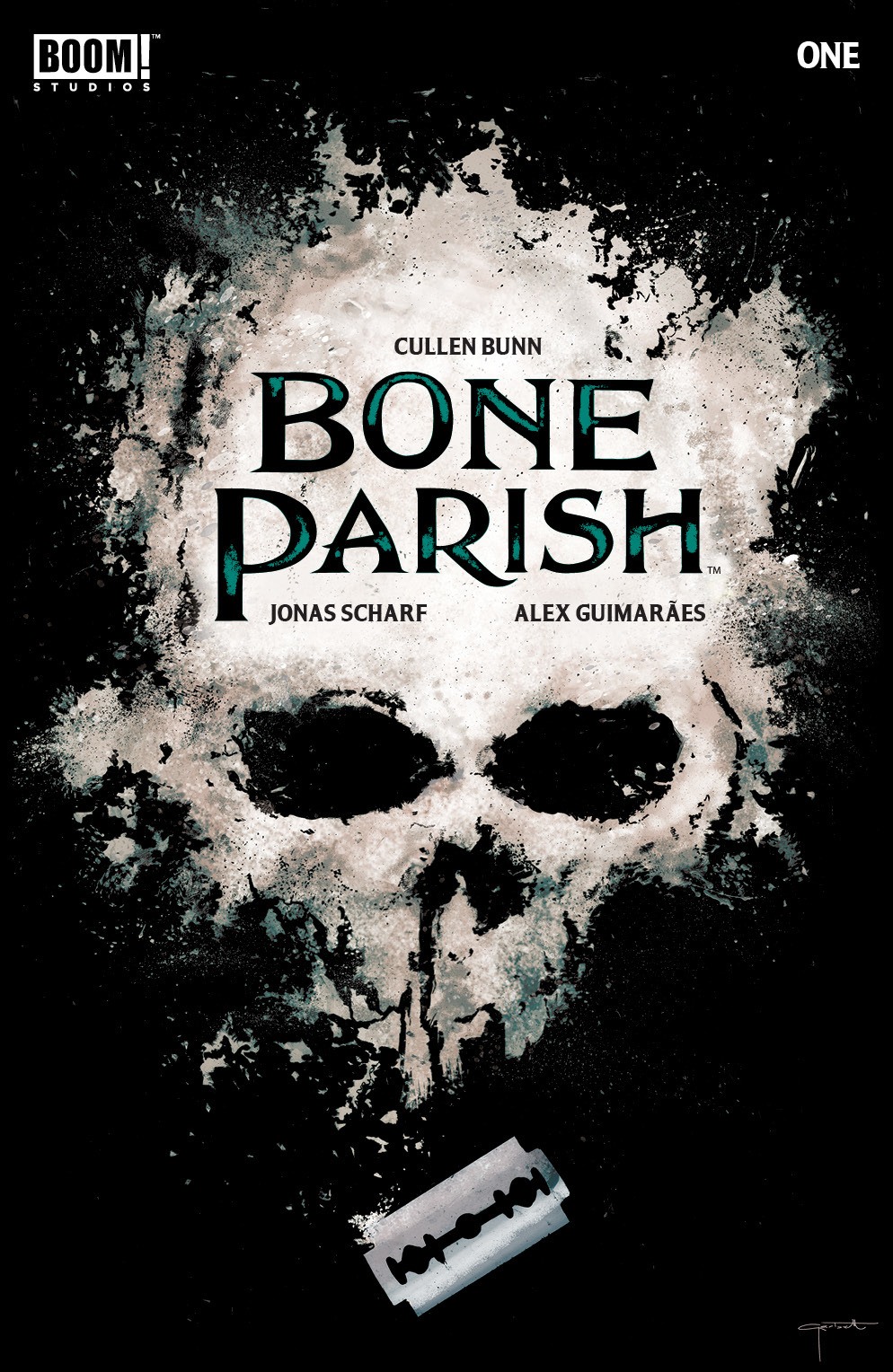 The first act of Bone Parish feels familiar. A drug user in the middle of the street experiences a high quite unlike anything else in his life. The hallucinations are vivid beyond compare: bright neon lights and aural bliss, as he relives the last lyrics of some rockstar. The macabre lyrics and contrasting illustration create a magnificent dissonance, and it’s utterly captivating the same way as watching a train wreck as it happens. 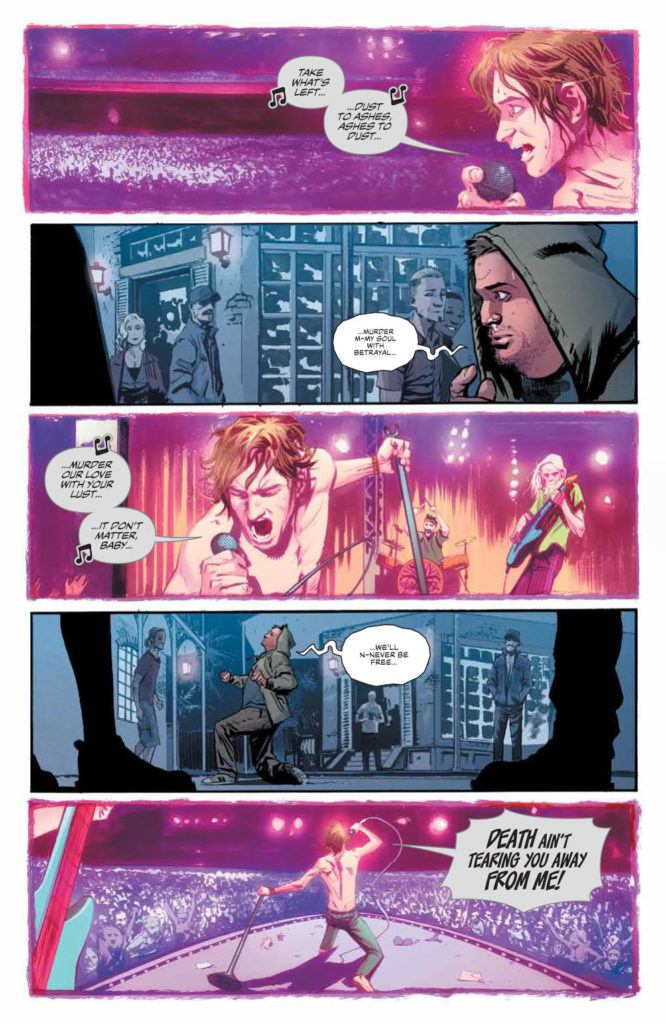 The dealer of the latest drug takes the stage, but barely has to make his sales pitch about “The Ash” before his customers buy up the remaining stock in short order. Immediately after this exposition, Bunn and Scharf decide to up the stakes and makes things much more interesting.

On the surface, Bone Parish seems like a story about a criminal drug enterprise and the family behind it. Elements of horror appear, yet before the halfway point Bunn makes it clear that this is a much more involved narrative. “Ash” is not just a supernatural drug, it is a drug with very specific ingredients, side effects, and a foreboding cultural history that haunts the people with the knowledge on how to craft it. While the standard drug / criminal narrative emerge, the anchoring of the Ash as a familial secret embedded within the culture is a fascinating way to merge the typical crime family tropes with your magical inheritance tropes. It posits questions about culture transmission and how far we’ll go to cling to the past. This only gets better the more these questions are meditated upon. 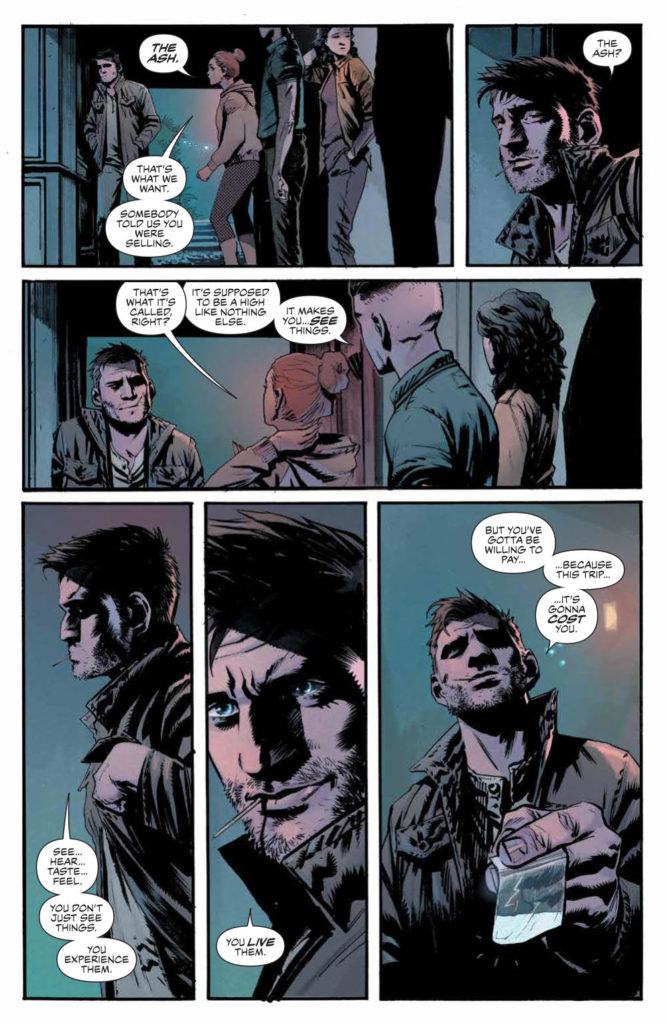 Scharf’s artwork is a perfect compliment to the dark narrative. It captures both the urban and supernatural elements of the story, integrating them to great effect. In the best way, it is often unnerving to turn the next page.

This is a strong opening chapter, serving as a tantalizing start to the series. A lot of the more exciting developments occur in the second half of the issue, but it still remains a fun read and another example of excellent horror coming out this year.