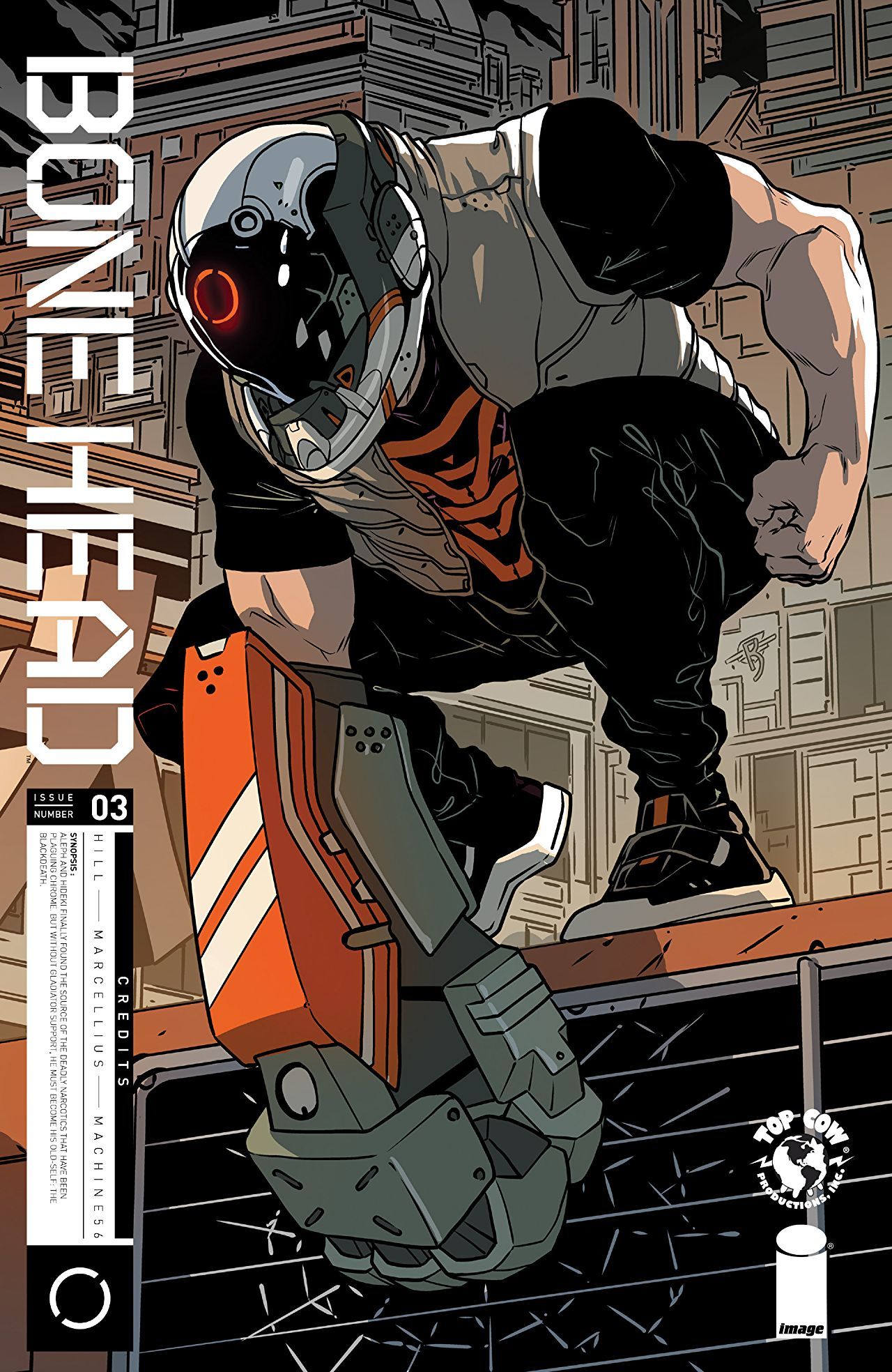 Science advances our society to exciting and prosperous places. It answers age-old questions and validates our existence. But like everything, there are two sides of the coin. For all of its potential benefits, there are also ways that science can be exploited.

That’s what’s going on in Bonehead, at least for Hideki, the cop with Wolverine-level muttonchops. There’s a new drug on the street and it puts Krokodil to shame. One hit and you’re done, fam. 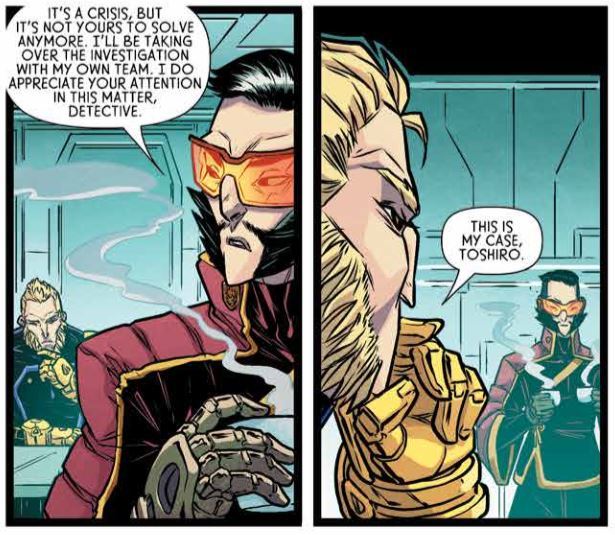 We spend a lot of time with Hideki. He continues to grapple with the idea of taking the law into his own hands like he used to do as Blackdeath. There are just some things he can’t do as a police officer. Too many dumb rules! It’s a scenario that reminds me a lot of when Dick Grayson did double shifts as Nightwing and as a cop with Bludhaven PD.

To balance some of the somber, drug-related stuff, our masked homie 56 got himself into some siiiiiiiiiick shenanigans with Tyrant, the leader of a Bonehead gang. The panel layouts are what really stand out for me as they often do with this series. They’re really creative and meticulously laid out. My eyes bounce around like a pinball fighting for its survival which controls the pace in a perfect way. There are a few pages in this issue that are really reminiscent of an old arcade game from the late ’80s. They put you in a focused, and often tense, mind frame especially if you’re one of those people who gets really frustrated whenever there is a timed, MANDATORY obstacle course in a video game.

I’m looking at you Batman: Arkham Knight. I almost broke my controller over those goddamn Riddler races.

Other than a few sections with some clunky dialogue, Bonehead continues to deliver a well-paced, action-packed story with just the right amount of mystery. This was a really balanced issue. I feel like the first issue was all action while the second issue was backstory and setup. This time around, we get a healthy serving of everything. Everybody eats. In the few areas that it may lack, Bonehead clearly makes up for that with how fun it is to read. There’s a character named Pumpkin Juice for crying out loud!