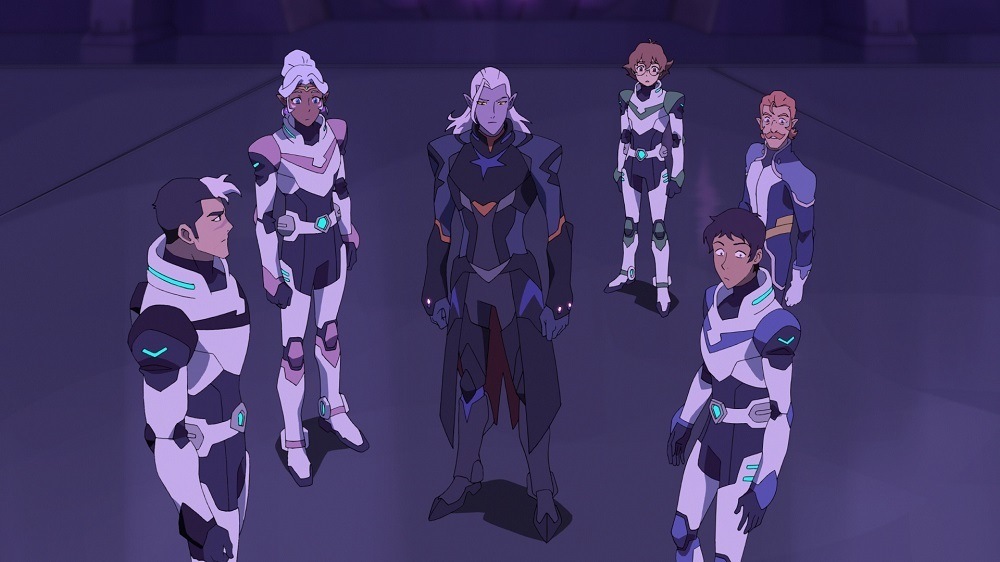 Stop Right The Black Now and Catch Up On “Voltron: Legendary Defender”

First off, ain’t nobody talkin’ when Voltron talkin’ so shut the *$#% up. Look fam. I let that thang sit on the shelf for a couple of seasons. Season One had me like, ehhhh. I see what they trying to do with the Legend of Korra animation. I see how they trying to keep this humor and fate of the universe shit poppin’ off. I even appreciate that while the Paladins were from Earth, Earth wasn’t the center of the universe and shit. I was trying. But that first season was long, directionless, and it ended like a toddler just leaving their toys all over the gotdamn place. So I was like…yeah, I’m good.

Season Two came. I was good. Season Three came. Fam, I’m busy. But then the streets started talkin’. They was like, damn, Season Finale was kind of GOAT. Wait, what? Man, that shit was as emotional as 45 when someone tweets at him. Word? I can’t believe what they did with Zarkon. Who the fuck is Zarkon (remember, I was out after season one, I don’t remember none of that shit). So I said, you know what, I’m a down ass Black Lion wielding Paladin, I can admit when I’m wrong. Let me fire up the Netflix machine right quick and see what mixtape everybody seems to be bumpin.

I Got All My Paladins With Me

So yeah, Voltron: Legendary Defender leveled up fam. That shit was like the Infamous games where the first couple of hours you’re like…’hmm, this seems ok, but I don’t get all this game of the year shit…,” and then by hour four you’re in love with that shit and planning your alternate playthrough. They went back to the lab with Voltron, fam. They done mixed the formula down for a shorter, more potent rush. Yeah, I know what you used to, but you gonna take this six episodes, you gon love that shit, and then we gonna hit you with six more in a few months. That’s how we doin’ this shit. No more long ass C-plots. A lot less filler. Just straight bars on an isolated arc. Get this pure, uncut blue quintessence. 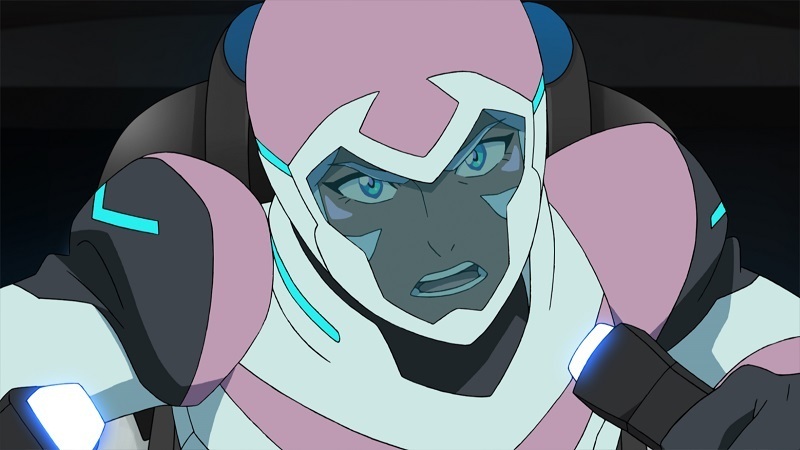 So how did this happen? Plot lines leveled up. Characters leveled up. They vastly improved their femininity problem with Allura actually doing something besides just flying the castle like it was the ship from Prometheus or some shit. Witch Haggar is a worthy adversary and foe. Lotor’s whole damn honor guard. And the Blades of Marmora fam? Don’t even get me started. Actually, nah, I’m starting the fuck up.

It might seem dizzy at first, cuz these cats be swapping Lions like Uno cards. But Shiro getting ghost, Keith rockin’ that loyalty / royalty all up in his DNA with the Blades, and Allura with the space magic means Voltron lookin’ lightweight brand new…ish. But the show needed the shakeups. Allura was too dominant a presence to be that pedestrian. Keith’s character needed something else to keep him from just being a straight up stereotypical rebellious dude with all the potential and no temperament. 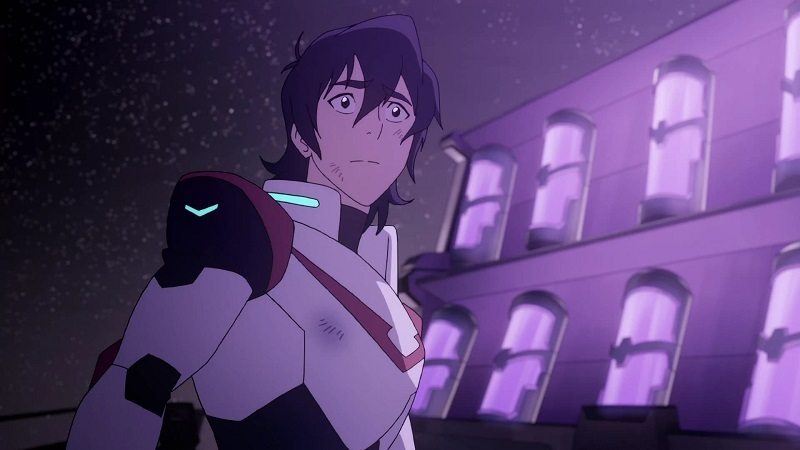 Even the Lions that ain’t swapped out have seen some come ups with their Paladins. Pidge don’t call me Katie and Keith both been refining their technical expertise and personal journeys. Keith found his calling as an intergalactic chef. Muthafuckin’ space time Gordon Ramsey and shit. Pidge been doing the reunion shit. She been out here like Sasuke except instead of power, she been accumulating family members and what not.

Will The Real Villains Please Step Up

Look, Zarkon is a formidable muthafucka. He done put the Galra on some Niflgaard, British Empire type shit. I know the muthafucka evil, but that shit still formidable. I’m a small business owner myself. We all got goals, fam. But Zarkon himself leveled up when we learned his backstory and why he had a connection to the Black Lion. He was for real on some, Shiro, I’ll show you how to do this, son! Haggar was out here wreckin’ stuff too, with her creepy ass. But then…the heir to the throne came through.

Look at this pretty ass multiracial bastard. Lotor came through on some handsome rogue shit. Your boy out here outmaneuvring the Galra, giving his pops all he can handle, making Voltron itself look stupid dumb. Your boy got plans on plans on plans and can still look like he graduated from the Syrio Ferrell Water Dancing Academy. His arc through Season 5 and 6 especially is unfuckwitable. You ain’t gettin’ this pathos with your average streaming animation, yo.

That Quintessence Should Come With An FDA Warning

Man, we learned this shit potent as hell a couple of seasons in, but now everything is fight over it. You’ve seen this resource driven story line before (vibranium anyone?). But this stuff is not only ridiculously powerful, it’s got all the space magic going on, plus the ability to corrupt and distort. That shit is like the great creator and great destroyer and the last few seasons been all about it. While seeing different folks have connection to this shit, you know how the balance of power can shift mad quick.

This is War, My Galra

Also, what makes this shit great is the civil war and rebellion going on, on the enemy side. What shows you know even spend enough time with the enemies to show that dissonance and rebellion, when Voltron needs to take them both down? Sheeeiiiit. Getting that origin story on the Galra was key, so it’s a lot harder knowing what kind of outcome you should be rooting for. 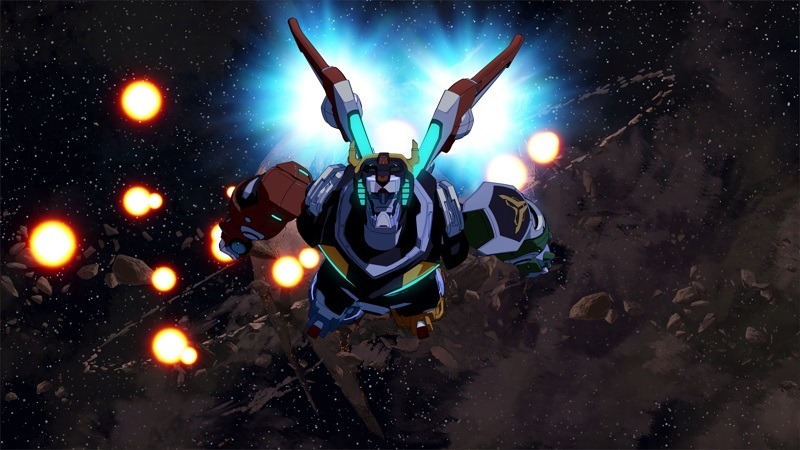 And even when someone rises up to challenge power, you know these other Galra bastards ain’t just gonna lay down. Which means you got resistance in these spaces…streets.

Seriously, I Hope You Got Netflix On in the Background Right Now

If you playing catch up, I kept the spoilers mad light, but hit you with that shit that should motivate you to come back home to the Castle of Lions, fam. I ain’t judging you if you haven’t been messing with it, cuz that start was a little rough. But if you done read this shit, you got no excuse. Voltron coming for everybody’s bandwidth. And the way Season 6 ended, it ain’t stoppin’ any time soon.