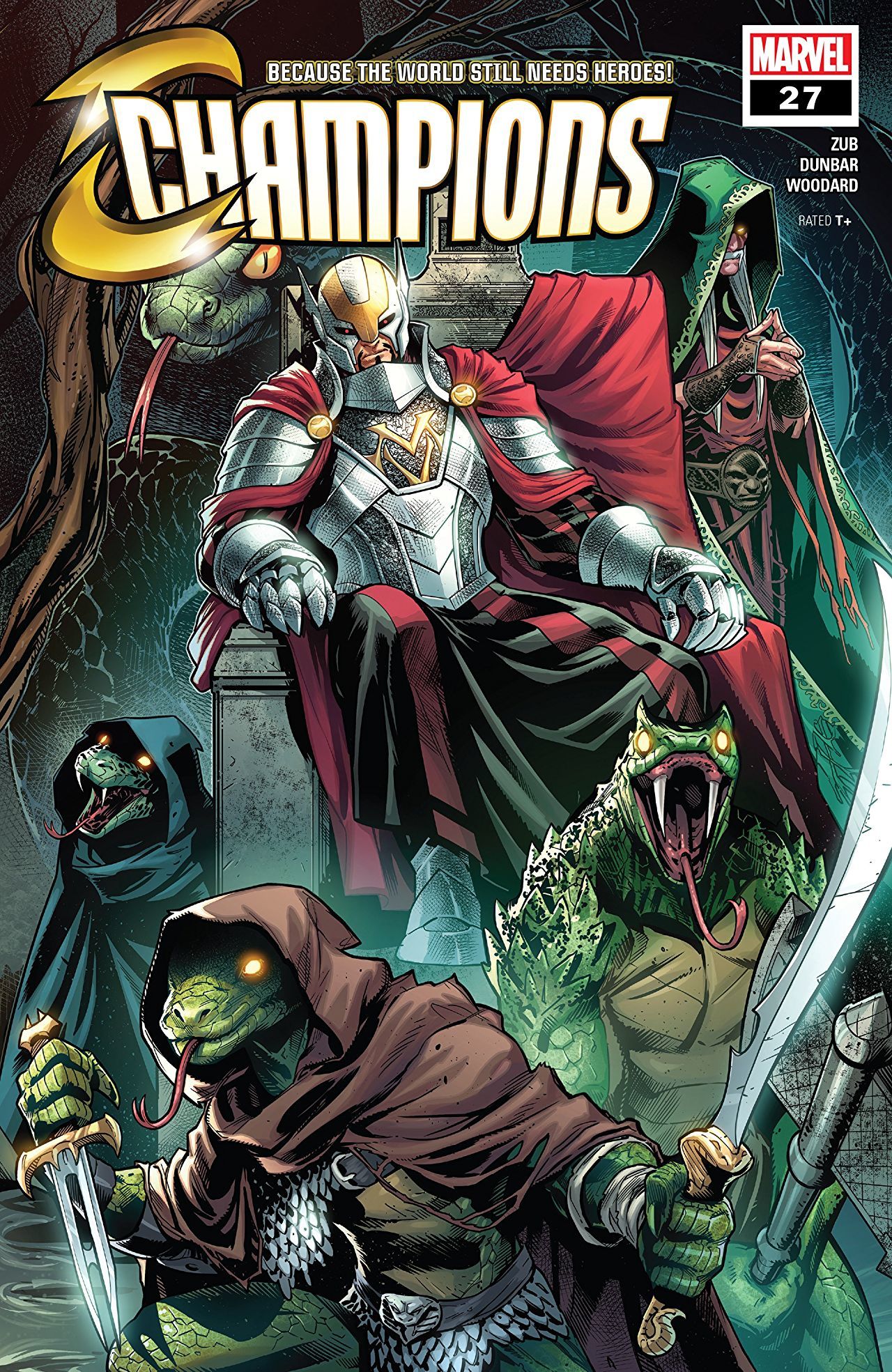 Champions is one of those books that has a lot of heart to it, even when its story finds our heroes playing medieval versions of themselves. If you are not reading Champions, you’re missing out on one of the best group of Marvel superheroes around filled with heart, humor, and the best action outside of your favorite Saturday morning cartoon.

With that said, Champions #27 reaches the conclusion of its Weirdworld arc which ultimately boils down to a fun little romp in an alternate reality. At the end of the last issue, Riri managed to get the team back together, even though none of them have any recollection of their original lives or time as Champions. 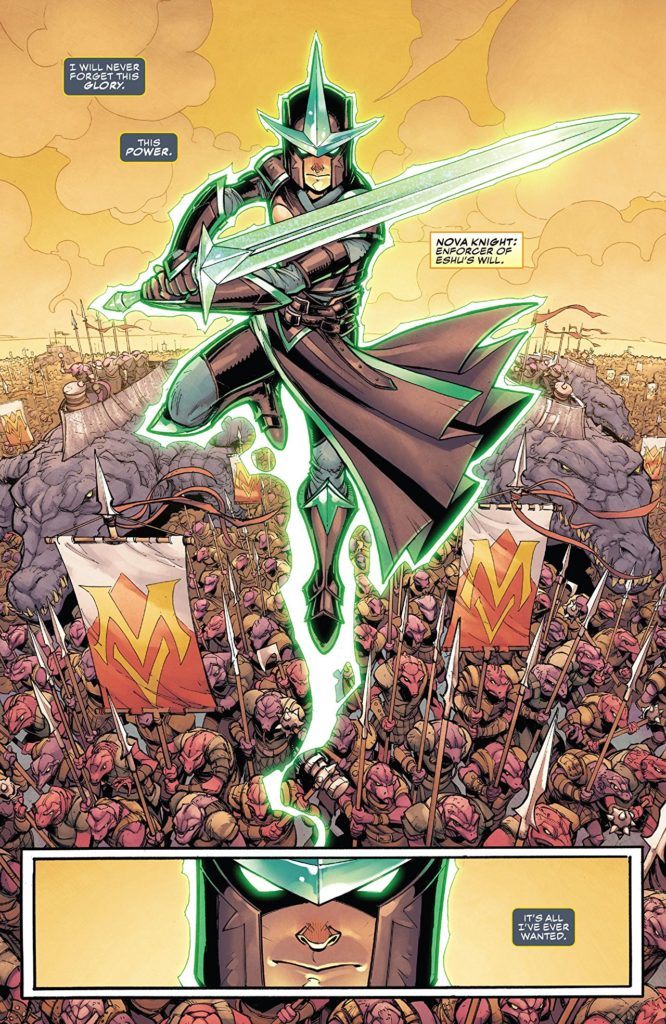 This issue begins with a better look at Sam and the Master’s alternate life in Weirdworld. At this point, it’s obvious that Sam’s new role in Weirdworld is tied to the recent loss of his powers. While obvious, it is used to great effect. What I like is that Zub does an excellent job working all of our heroes’ most recent experiences into this story from Sam’s loss of powers to Riri’s encounter with Thanos.

These moments come into play during the big battle and I like that Zub puts the focus on Sam and Riri. It’s great to see these characters connect and grow stronger as teammates. And as the newest member of the team, Riri proves that just like any member, she can hold the team together. While Riri and Sam are the focus and this issue, we learn a lot of new things about the other members from their alternate reality personas. Hopefully, these revelations will come into play in future storylines.

Marvel’s young guns are closer than ever, yet the team dynamic is more complicated than ever. We learn just as much about these heroes through this series as we do in their own separate adventures. As future threats arrive, I can’t wait to see how they take them on.

8 Golden Fusion Armors out of 10