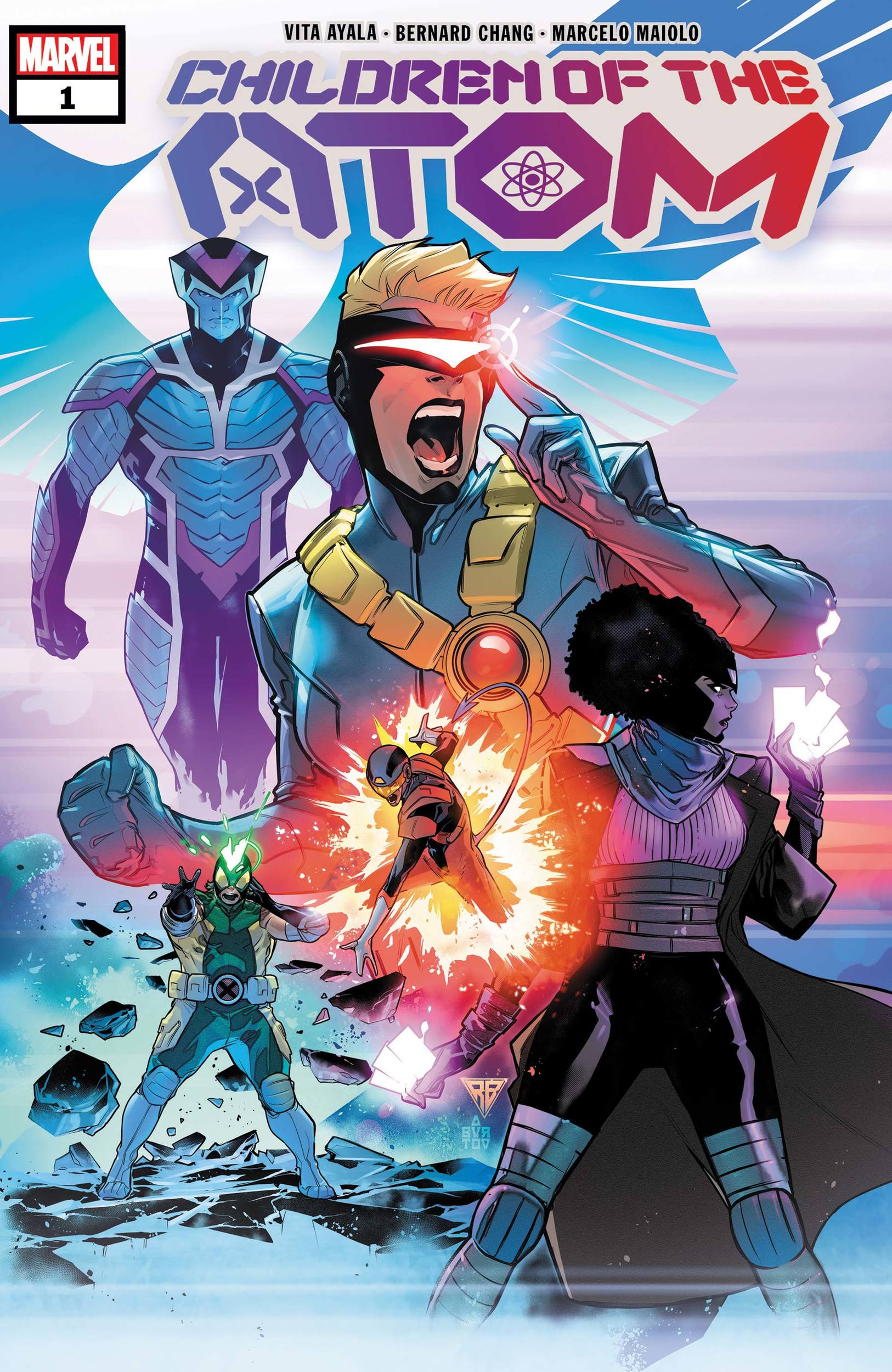 We open up with a powerful full page of action featuring youngins that look eerily similar to a few mutants you may have heard of! Beatrice Bartholomew aka Buddy seems to be the commander, which tracks with the Cyclops inspired visor on her head. Marvel Guy has the makings of a Rogue and Juggernaut offspring. The little teleporting cowboy with the tail is giving off clear Nightcrawler vibes and… HOL UP! Is that a new young black girl magic character in the corner looking like Gambit and Storm had a love affair?! Vita Ayala and Bernard Chang really set the tone right there.

We find out the black girl’s name is Gimmick, Scott’s maybe offspring’s name is Cyclops-Lass….and I don’t know if I can’t even handle all that. Marvel Guy already got name dropped and the tag team flyers are Cherub and Daycrawler. Looking back, this opening page was perfectly done. Each character gets a 1 liner that encompasses who they are.  The writing following that page should have kept that hype going but the weak ass, old mutant jokes were a bore. Luckily, there was some good artwork in those opening pages to keep my attention.

Now I gotta say, after the “first team mission” portion of this book, Ayala does an amazing job of being a magician with the pen an giving us the answers that are obviously kicking around in everyone’s head, while never revealing all of her cards. We find out why these kids are fighting crime out in the streets, if Krakoa still home to all mutants. We also learn how long it’s been since Krakoa first welcomed mutants to its shores and more. We get a little insight into thoughts of our OG X-Men, which was a treat.

I wanted to love Bernard Chang’s artwork but too many close up shots fell flat in the first half of the book. There were some standout panels that proved the opening page wasn’t a fluke and nearly every scene of the kids in school was beautifully done. A bit disappointing that the mundane artwork is crispier than the action.

While I didn’t love the hero vs. villain smack talk in the beginning of this book, Ayala finished really strong. The cliffhanger you’re hit with forces you to happily backtrack and think about everything you just read in a completely new way and that is impressive writing, no matter which way you slice it.