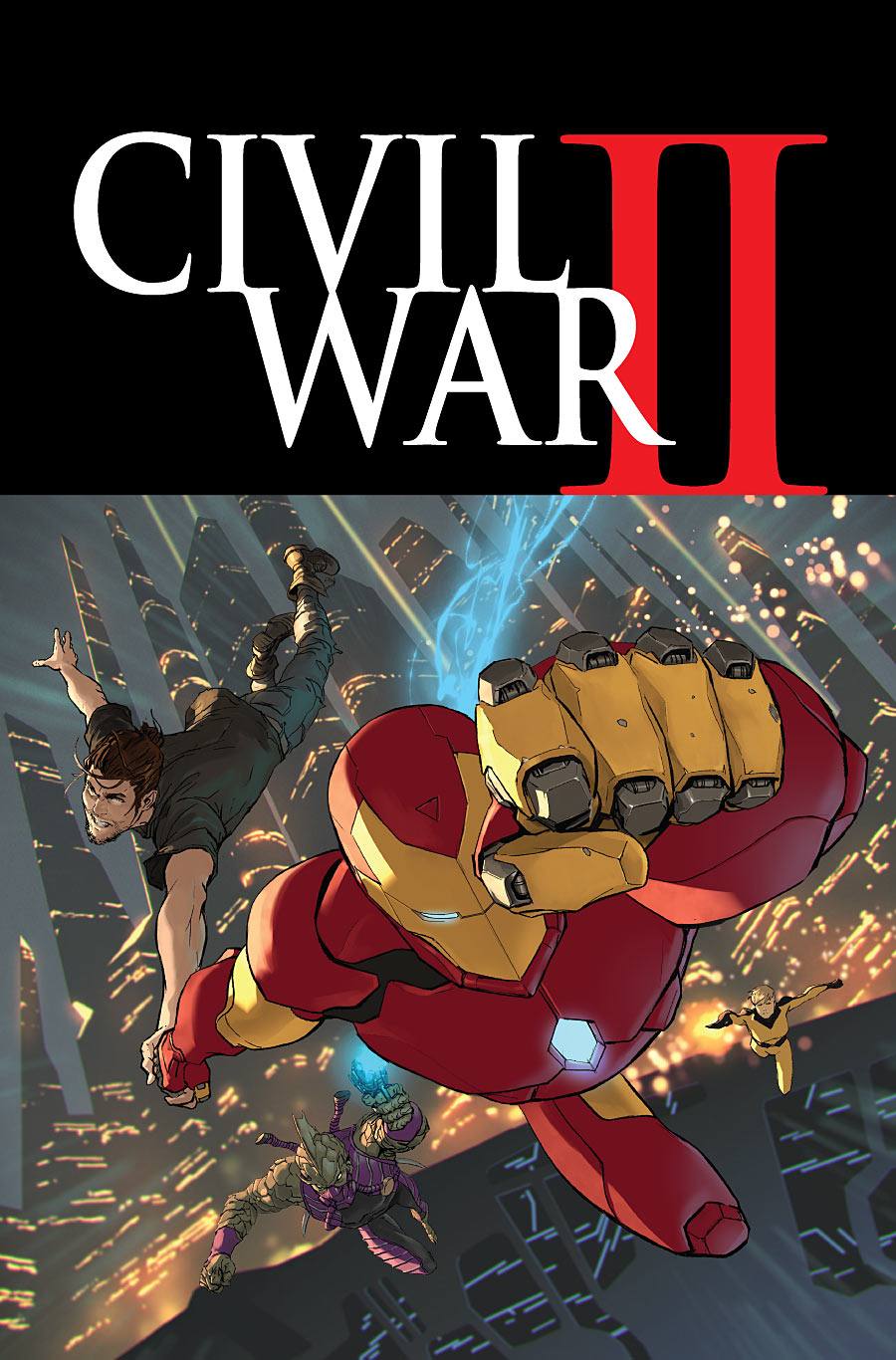 The War of Ulysses marches on in Civil War II #2 as heroes lose themselves amidst the chaos and others stay definitively true to who they’re known to be.

Spiraling into a world he can’t anticipate after the loss of Rhodey, Tony Stark finds himself in New Attilan standing over Ulysses bedside as he sleeps. (Not that that’s creepy at all). Stark’s identity crisis continues as he openly himself that he’s “one of the good guys” even though he was only seconds away from punching a defenseless man in the face during a “light” torture section.

Once again, Tony Stark is the catalyst for another Civil War among super-powered people. Sure, all of the promo imagery for the latest Marvel event has shown Captain Marvel and Iron Man as the two big shots this time around, but part of me was hoping he would take a lesson from Cap and take a seat.

In the last issue, it appeared that he was going to be an innocent bystander for once. Then Rhodey died and he turned back into the Captain Self-Righteous we all know he can often be. Seeing two people as deeply stubborn and entrenched in their values as Tony and Captain Marvel go at it may get a little draining as time goes on. Also, the questions Tony brought up regarding Ulysses’ potential biases are pretty much identical to the ones he was asked by Peter Parker in Civil War II: Amazing Spider-Man #1. So that wasn’t as much of an epiphany as it could’ve been.

Being the second of seven issues in the Civil War II lineup, there’s a lot of ground to cover. Before you can have the epic face-off of equally matched heroes, you have to get them all involved somehow with high enough stakes but without feeling rushed. So this issue did accomplish that. But there are sure to be so many more to come down the line and 5 issues doesn’t seem like enough to peak and resolve this conflict.

However, seeing that Ulysses abilities are still changing and unpredictable means that this story could change a lot a couple issues from now. We’re just one bad incident from allegiances being tested once again.