Get in the Gundam Everyone, ‘The Witch from Mercury – PROLOGUE’ Dropped
272 Shares

I’ve been wanting to get back into video games for a while. I’m still gang initiated when it comes to comics but inner gamer *hangs controller in shame* out here feelin’ like he coulda been a contender, man. So when my friend Glynn who is very much gamer life over everything invited myself and our other friend, Sergio, to a video game party. The event was hosted by Coexist Gaming. I’m like, sure. Why not? Never been to a video game party before. I’m thinking there’ll probably be a room (singular) with a tv (also singular) that everyone’s glued too. A small gathering of sorts… ya boy was wrong.

First off, I get to the location with Sergio and we’re wondering if we’re in the right place. A random dude knew exactly what we’re looking for said. “Yeah, I know what you’re thinking. You’re in the right place.” That sign number one that this gaming party was going to be flames. Got me feelin’ like I’m dealing with a secret society? Okay, I’m intrigued now. We step into the venue and they had the whole room draped with the Wakanda Ancestral plane lighting.

I didn’t know it could get this real, man. Yall know that Yasin Bey (Mos Def if yo nasty) line: “In the parties where it be so packed and that atmosphere be so Black”? I literally felt that as I looked around the room. On everything I button mash, it legit felt like we were in the opening scene of Belly walking into that space.

“It’s way too fun in here, I wanna speak to the manager!”

Wait, time out. I need to know how this all come to be Who are the hosts hosting this genius? That would be Danny and Jaye, the founders of Coexist Gaming. As you can tell they are gamers (hence why we are here) but they are also creatives that wanted to provide a space for gamers. Together they have accumulated over 5,000 games. Pause the story right there. Over 5,000 games? You know when people say “Do it for the culture”? They talking about that right there. 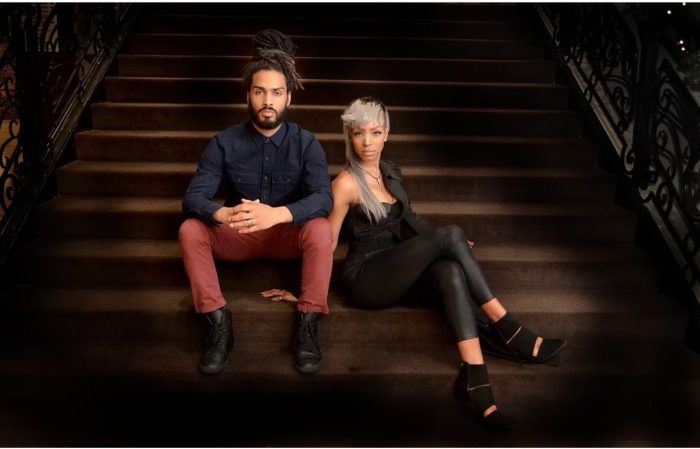 Jaye and Danny assembled video games like it was a call for the Avengers purely for the people’s playing pleasure? Heroes. The event they were throwing on this night wasn’t their second, or fourth. This was their sixth event being thrown to get people out to play games. Mind you it was straight up raining too. This wasn’t romantic Notebook type rain either, it was coming down hard rain. Perfect storm rain and they still had 175+ people show up to show out. Jaye was holding down the bar like Tom Crusie in Cocktail and Danny was going around to each console station putting new games in, getting batter packs for controllers. This was some real tag team pit stop performance these two were doing to make the night run smoothly. There was even food there!

At two points in the night, Glynn just appeared next to me (she’s a ninja) with like mad different dishes. Fish tacos, chicken, I’m pretty sure somebody was eaten a lobster bisque in the corner. I was even able to buy Brooklyn grown honey from the guys of Life Gardening Tools. I’m looking around like, if Wakanda had a plane for pixels and bits, it’d be here.

“My room got rooms”

Alright, now back to Coexist Gaming’s event ambiance and lighting being immaculate. What really took me back was how much they had. They had rooms dedicated to different gaming consoles. We entered the PS4 room first. NBA2k just sitting there waiting to be played. The whole room bathed in blue lighting. I’m talking that Moonlight lighting. Next door I hear that Nintendo Fight Club music. I take a look and the Nintendo Switch is set up with the whole room in orange lighting. Looking like Jules and Verne left the briefcase in Pulp Fiction open for all to see.

At the other end of the hall from the entrance, that Nintendo 64 station was waiting with GoldenEye in the chamber? I thought it was a wrap right then and there. WRONG. So wrong. There were two arcade station. One in the hall and the other in the green room. You already know what console was the hub for the green room. Yeah. It was Xbox everything. They had that first generation X-Box plus the next generation X-box at in the same room going on at the same damn time. Plus an arcade station my guy. I’m not even an X-Box guy but I found myself spending the most amount of time in this room. I was not expecting this much space or variety for gaming. Keep mind they had consoles on tap that I didn’t even get to mention yet. From SNES to Sega Genesis to things above my gamer paygrade man.

Talk yo shit then

A big highlight of the night for me was not only seeing mad gamers of color getting to enjoy themselves in a safe environment but that shit talkin’ was so immaculate man. Ooooo, how I missed it, man. I looked behind me and see Glynn playing Street Fighter Alpha on an arcade station against someone. Sergio and I took it back to Soul Calibur II on X-Box. We were cordial till them guard impacts started coming into effect. That’s when it got serious. You could hear everyone enjoying themselves and getting hype. I was watching one gamer get real hype when the guy next to me was talking about how he respects seeing how into a game others can get cause he’s the same way. My mood changed when I heard him say, “Like WWF No Mercy? That’s my game. I’ma god in that game. No one is seeing me.” I wasn’t even part of the conversation, but I looked that man in the windows of his souls and said, “I’m willing to test god in No Mercy.”

Lemme explain my actions right quick. Everybody has that one game. That one game no matter how new or old, that you are good at. That you will speak your piece on anywhere and any place. WWF No Mercy on Nintendo 64 is that game for me. My man looked me dead to right in the face and said it one mo time, “I’m god in that game, man” to which I responded, I’m an atheist when it comes to No Mercy.” We were then informed that they didn’t have that game and we both died inside then proceeded to talk wrestling the rest of the time. That’s how you bond, yo. I forgot how gaming brings people together.

Let me emphasize all people coming together in case we got any “Black girls don’t nerd/game” naysayers. Look at that picture above fam. They exist friend (and always have). Gylnn was in there killing along with others. Sniped me out with no mercy whatsoever. I don’t even fuck with Halo like that. I got told how to shoot and thrown to the wolves. Coexist Gaming has done something truly remarkable to create a space such as this for gamers and to continually keep it going as well.

It’s not necessarily the easiest times for creatives nor is it easy to hold spaces when they’re slowly and gradually being taken cause (much like global warming) gentrification is real af. To see two creatives being able to provide a space for gamers and be a testament to their namesake (coexisting together) to be and present a welcoming community is something special. It’s hard to even find the words to serve it proper justice. Contrary to popular belief, activism comes in many different shapes, forms, and ways. Coexist Gaming does it in a way that’s very much needed and appreciated. 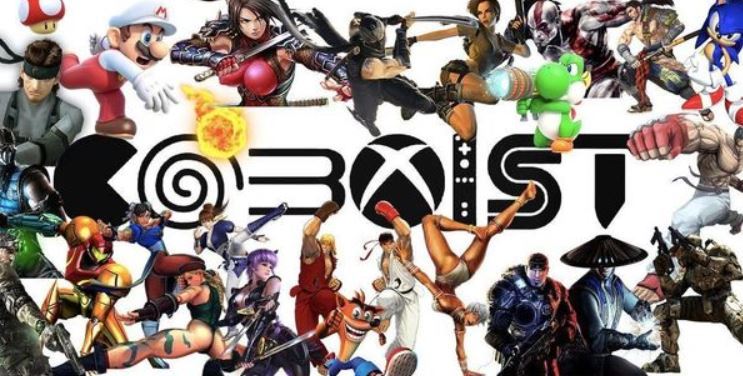