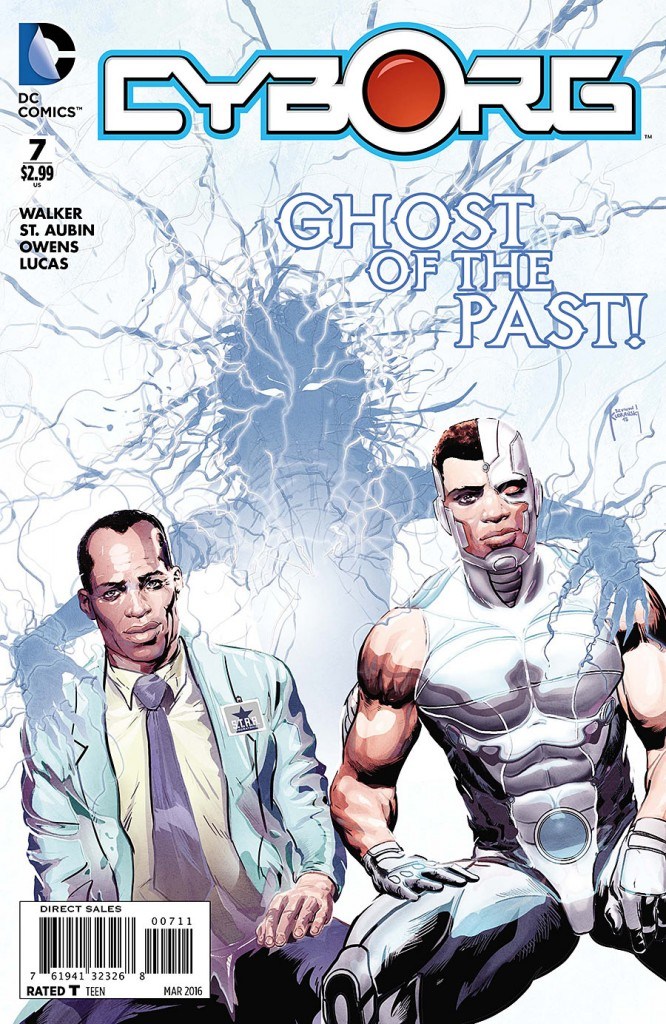 Cyborg’s solo series opened up reasonably strong. Alternate dimensions, daddy issues, a living techno-virus set to destroy humanity….David Walker’s inaugural story arc was actually slightly more batshit crazy than my last relationship. But only slightly. Now, we move into a new arc that delves to Victor Stone’s past a bit.

This issue deals with the fallout from the technosapien attack on Earth. Cyborg saved the world from a sentient techno virus and, as a reward, the government wants to come in and shut Cyborg and his father’s lab down. If I really have to explain to you the levels there are in a story about the government wanting to basically draft a black superhero’s technology into the military after he saves humanity without their help, you’re reading the wrong publication. It’s a little straightforward, dialogue-wise and maybe even a little bland, but the framework for future problems with Mr. Establishment is still laid out pretty well. 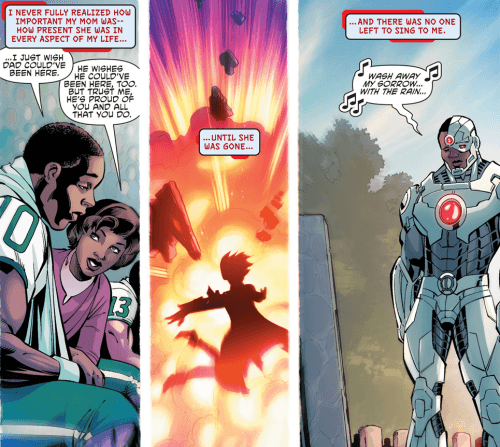 As far as the artwork goes, I hate to keep bringing up Ivan Reis but the guy has been strangely absent from this title and the book’s art hasn’t even been comparable since. Claude St. Aubin’s work is competent and plotting is perfectly decent, but his character designs are so middle of the road, I suspect they’d vote for Rand Paul if they were allowed.

Bottom Line: This is one of those issues where its heart is in the right place, but the execution is such shoddy framework, it’s hard to divorce it from the rest of the book.