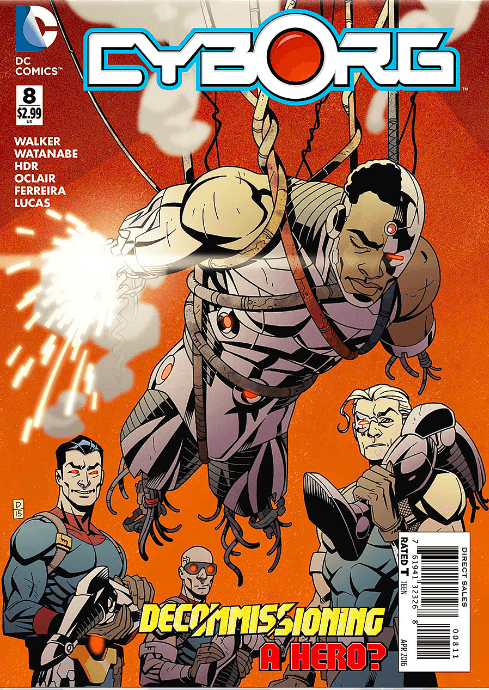 Lately I’ve wanted to like Cyborg. David Walker has basically had the right idea in breathing new life into a character that has desperately needed some depth for many years. The first story arc didn’t end as strong as it could have, and the new storyline, though promising, had a few problems. Most importantly, the artwork has been in a bit of a slump due to a severe case of “Not Having Ivan Reis,” but when intentions are good, there’s always room for redemption.

This issue furthers the story of S.T.A.R. Labs and Team Cyborg possibly in a political war with the government over the right to own cybernetics. Basically, it’s the DC cyberpunk version of Marvel’s Civil War. The story is mostly split between Team Cyborg urging Victor to take his current situation more seriously, the government circling the wagons and Cyborg teaming up with an unexpected guest that I would like to see way more of in the future. Walker’s characterization is proving to be the book’s bread and butter. These characters are starting to truly come into their own, feeling familiar and genuine in their interactions and reactions. Also, the near-obligatory theme of heroes of color posing a threat to government when they’re not actually doing anything wrong is always a winner. 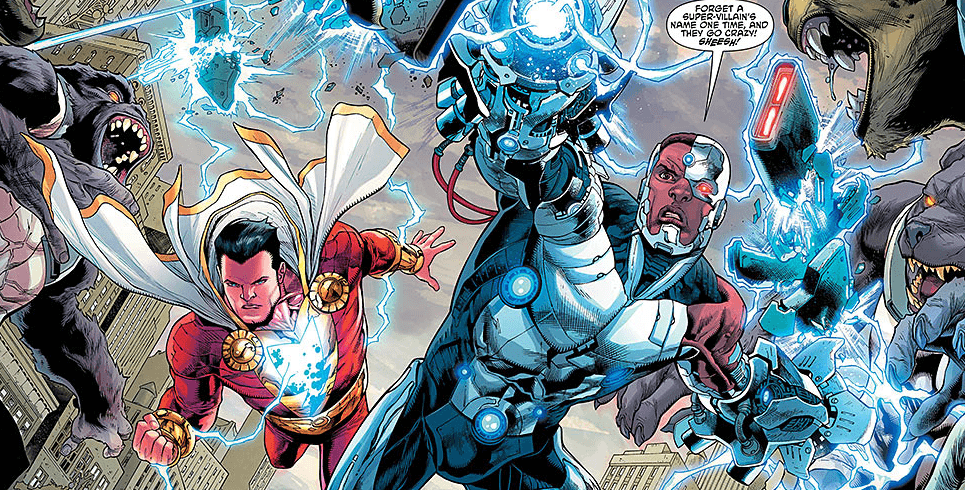 I’m also excited to see whether or not this new law against cybernetics has ramifications throughout the rest of the DC universe. A great way to establish Cyborg as a serious member of the Justice League would be having things that matter on a large scale (not just to the supporting cast and maybe the city they live in) take place in this book.The thing that was killing this book for a while was the sudden absence of Ivan Reis, but the artwork is actually beginning to see some consistency. Granted, it’s disconcerting that it takes three pencilers to get this book done. It’s also a testament to the awesomeness of the first couple of issues that three pencilers still don’t add up to one Ivan Reis, but the overall style has at least fallen in line with the aesthetic established by Reis and that’s worth noting.

Bottom Line: Overall, this was a far better effort than last month’s offering. Better pacing, consistent tone, excellent balance of banter and exposition and consistent visuals. It looks like Cyborg is back to being the book we deserve.