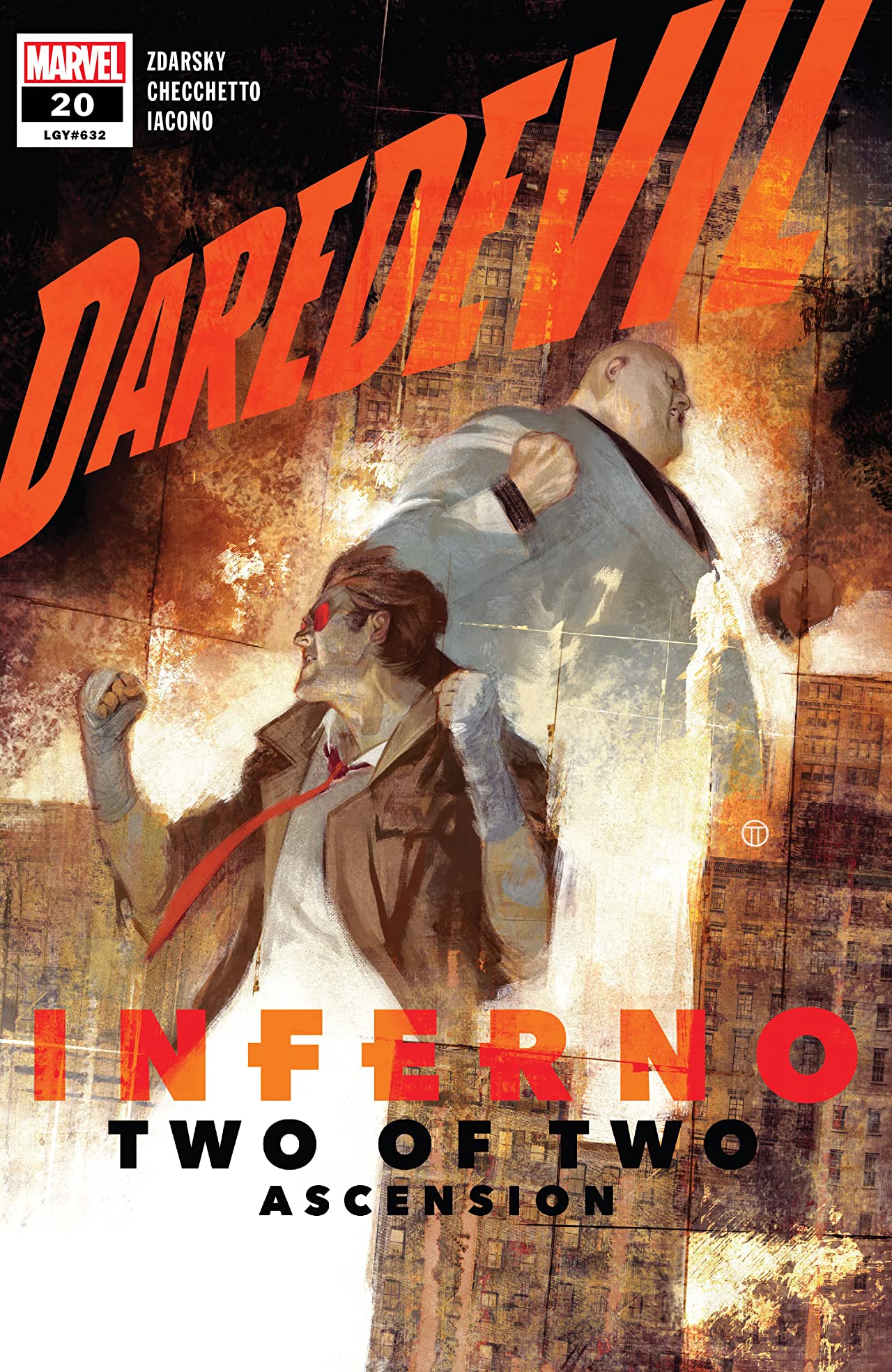 Ok, ok I know we been without comics for like 3 months but NOBODY gave Chip Zdarsky the thumbs up to absolutely decimate all of my expectations with Daredevil #20!! Despite fellow writers giving Daredevil #1 the ill co-sign and doing their best to convince me this Daredevil run was one for the record books, I wasn’t on board until now. I’m happy to say my 19 issue catch-up was time well spent. 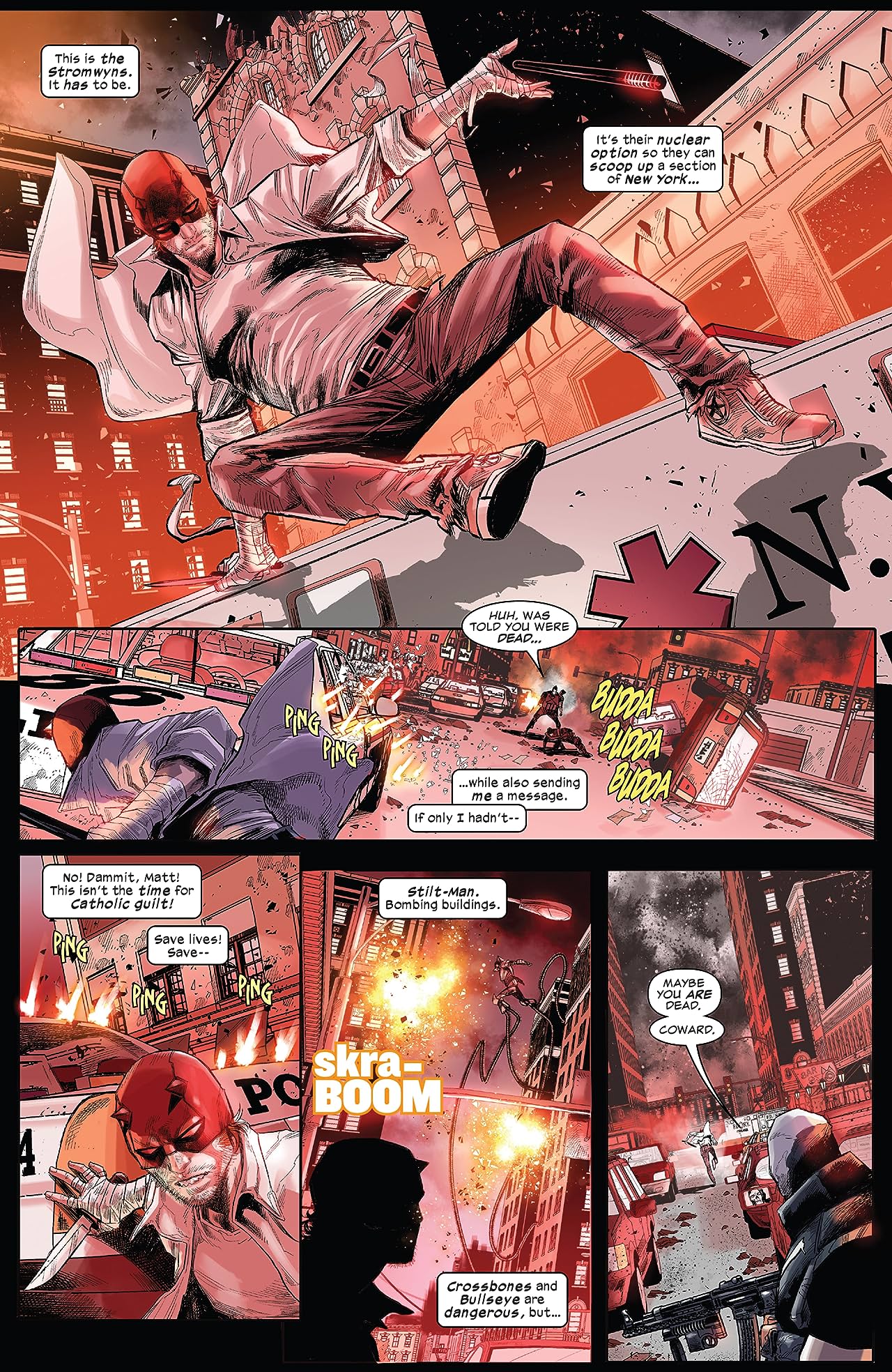 Daredevil took back control in issue #16. Came for the wealthiest tag team’s pockets in #17. Formed an unexpectedly natural partnership with Detective Cole to get the Libris child back in #18. And realized how far the Stromwyns were willing to go for Hell’s Kitchen in #19.

With no help in sight, Daredevil stares down the gauntlet as Bullet, Stilt Man aka True Value Doc Oc, Crossbones, Bullseye, and Rhino raze his hood and terrorize the civilians he knows and loves. Watching this man use his God-given talents in this issue was truly remarkable and indicative of how great this character can be with the correct writer and artist. 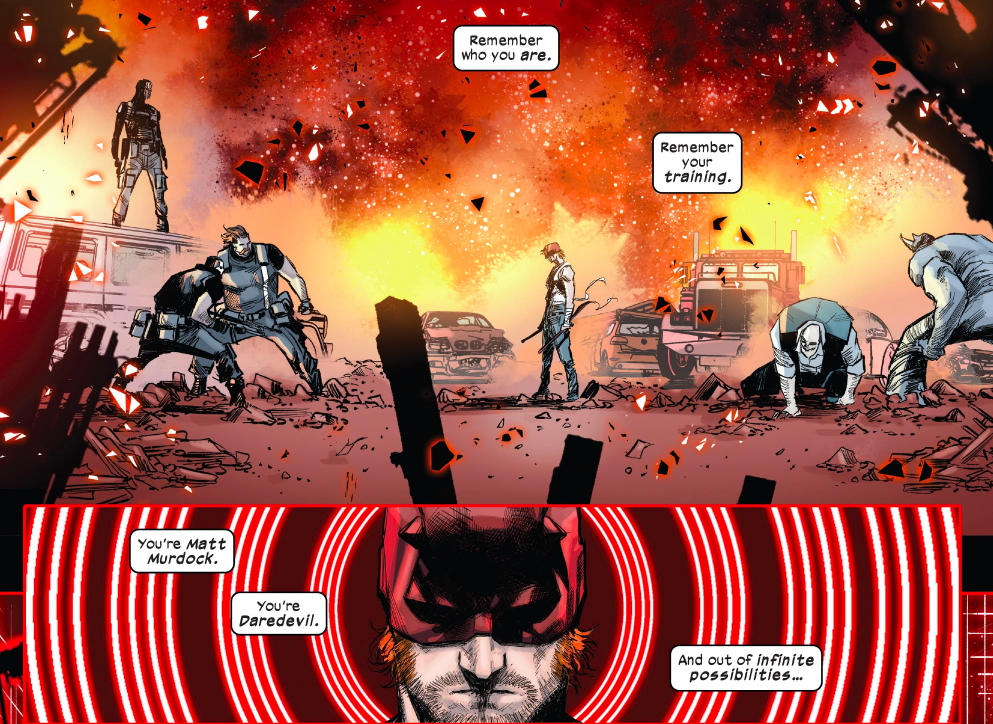 No shade to Fornes or Sharma, but Marco Checchetto is the only person who should have his hands on the artistic vision of this story. He is an agent of chaos on each page and it’s invigorating! Scenes that feature mayhem come to life so vividly that everyone looks like they’re getting in on the action. Panel to panel, you can follow the progression of the story nicely while taking in every shot fired, punch landed, bomb dropped and baton thrown.

This issue featured some of the best, pure, hand-to-hand action I’ve read in a comic in a while. I love a cool mutant power as much as the next guy, but I can’t get enough of some good ol fisticuffs! I’m talmbout that hand covering a jaw-dropped-mouth action! I’m talmbout that Savage Land level audacity! 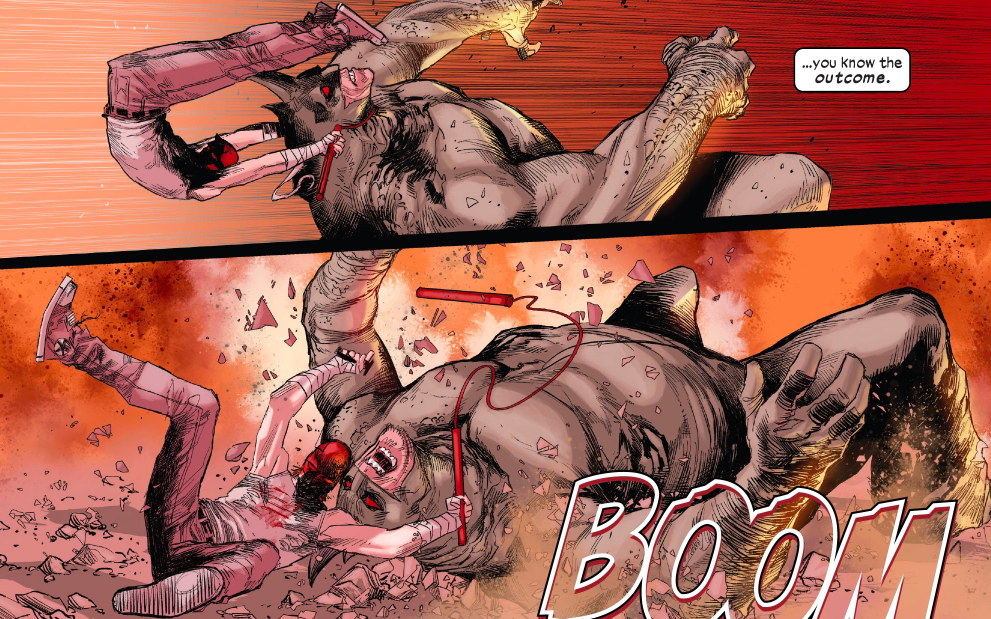 When I tell you the Sister Elizabeth bomb drop gave me LIFE, I was smiling so hard when she came out looking wilder than Bellatrix Lestrange on a bad day! This issue is full of surprises and you’ll love seeing each come to fruition.

Daredevil #20 was so well paced, written and drawn that I couldn’t wait to go back and read it again. Hell, they even made Stilt Man look menacing for a hot second! I didn’t know how they were going to top last issue’s scene where Hell’s Kitchen civilians pulled up dressed in Daredevil masks to defend their block. That moment damn near brought a tear to my eye, but Chip really showed me after this dopeness! Must read material right here.

10 Daredevil Finishing Moves out of 10!

A Daredevil fan? Read our Daredevil reviews all in one easy place.