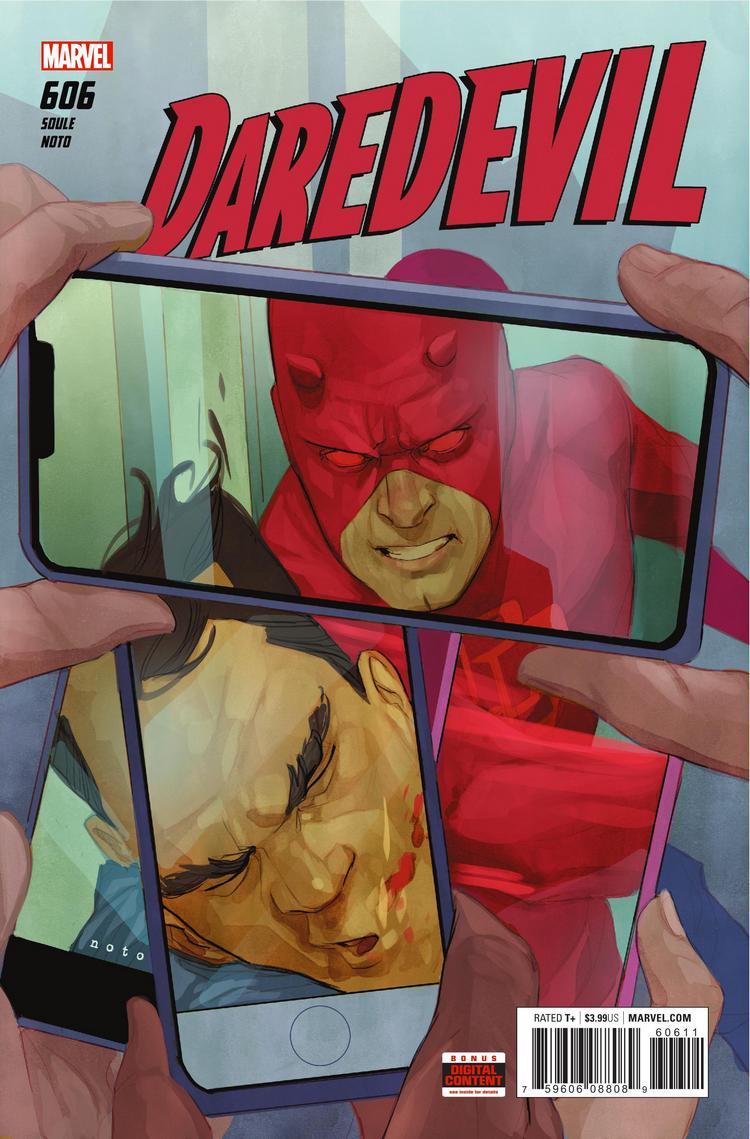 This week we get Daredevil #606 and it is so so sweet. Our creative team is our latest Daredevil OG writer, Charles Soule and an artist new to the book, Phil Noto. This book comes out of the epic Mayor Fisk and Mayor Murdock storylines where Daredevil, his team of ancient paladins, and New York City superheroes repelled an invasion by the zombie ninja clan, the Hand. Trust me. It was as insanely awesome as it sounds.

In the aftermath, Mr. Murdock discovers that the election of Mayor Fisk might have been less than legitimate. Our hero is prompted to start an investigation of the corrupt executive. A little on the nose, but my heart has been won for a very specific reason. The investigatory team includes a couple of my favorite new Inhumans, Reader and Frank McGee. I’ve been out of the Inhumans game for a while after they migrated to NYC but the introduction of these two characters was absolutely golden. We got a little bit of Daredevil/ Inhuman crossover during the Muse story and it was glorious so I am all the way down for this story. We get an amazing back and forth between Daredevil and Reader, both blind characters.

Now, I could watch Daredevil, Frank, and Reader converse for 20 pages but most people want a little action in their comic. There’s a comically classic bank robbery by Hammerhead that turns incredibly interesting by the surprising actions of a hostage. Who could’ve predicted that it’d be the less fascinating of the two action sequences? A curious bar fight in a supervillain hotspot is started by a gentleman looking curiously similar to our hero. Where this book goes has the potential to be creatively awesome or soul drainingly (Soule drainingly?) cringe-worthy. I have faith in my boy, though.

Phil Noto’s style is impressive. The story’s back and forth between mild-mannered conversation and dynamic action allows him a lot of opportunities to show his versatility. He does faces very well. Playing to his strength he throws in a lot of facial close-ups amongst full body action shots. All in all this book was a pleasure to behold and read.