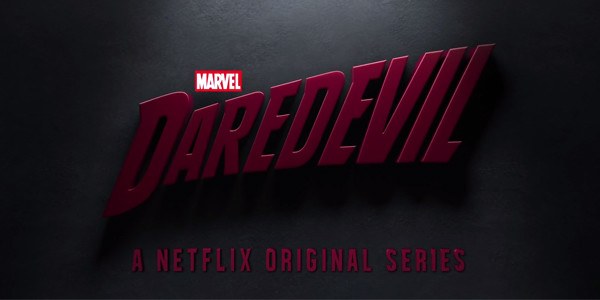 As if there weren’t enough reasons to be excited about Daredevil, the geek gods have bestowed a teaser trailer upon us. Unveiled yesterday, the 1:30 preview of Netflix’s first of four proposed offerings to the Marvel Cinematic Universe gave fans more than enough to get amped about. In case it moved too fast for you, here’s a few tidbits to look for.

Hard hitting action: The show-runners have given every indication that this is basically Daredevil’s “Year One” story. Borrowing greatly from Frank Millar’s “Man Without Fear” story arc, the punishment looks like it’s going to unmerciful if the scene where our hero is on the ground bleeding is any evidence. In a universe of thunder gods, super soldiers and the cyberpunk version of Howard Hughes, it’s going to be an interesting change of pace to see a hero who not only dishes out hurt on the bad guys, but has to take it, too.

The ominous bald guy staring at the artwork is none other than Daredevil’s arch nemesis, Wilson Fisk, played by Law and Order’s Vincent D’Onofrio. In a recent interview with IGN, executive producer Steven DeKnight expanded on the teaspoon of insight we get as far as the kind of bad guy we can expect this incarnation of the Kingpin to be.

“Fisk plays a crucial role in Season 1, as the adversary of Matt Murdock. Also, on the flip side, Matt Murdock is the fly in Fisk’s ointment. What I love about this show is we’re able to explore some gray areas of who is really good, who is really bad, and which person is really better for the city in the long run. It’s a question we really examine.”