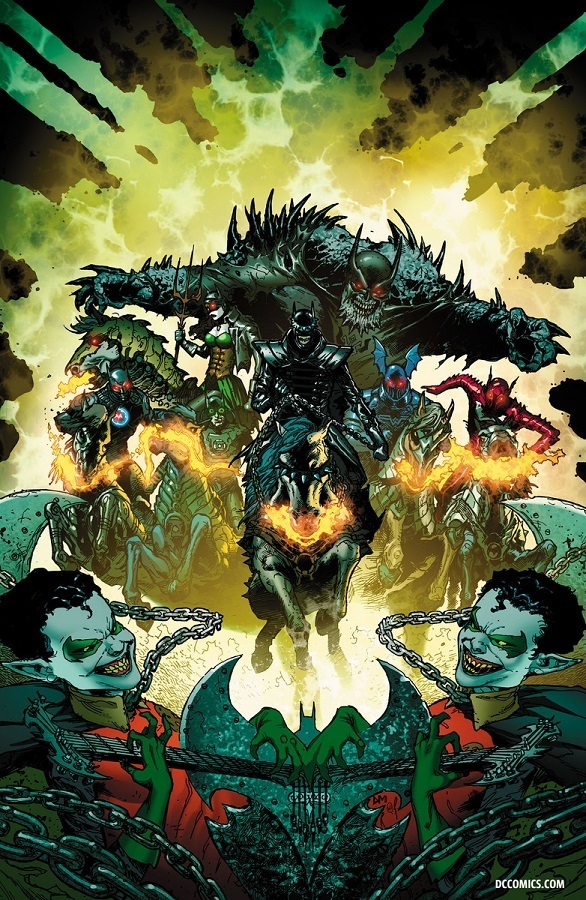 Dark Nights: Metal is proving to be a joyous ride that puts our favorite heroes through the ringer. With only one issue left in the mini-series, it’s time to find the handful of tie-ins that bring the story together. Dark Knights Rising: The Wild Hunt is one of those. In a sense, it’s a halfway point between Metal #5 and #6 as.

The problems with a lot of tie-ins is that they often feel that they’re being written just because they can with a couple of focal plot points thrown in. Dark Knights Rising isn’t that as it takes an interesting approach to add meaningful insight.

Told from the perspective of Detective Chimp, this issue gives us more info on the evil manipulations of Barbatos, even among his own Dark Knights who are starting to show their own weaknesses and doubts. 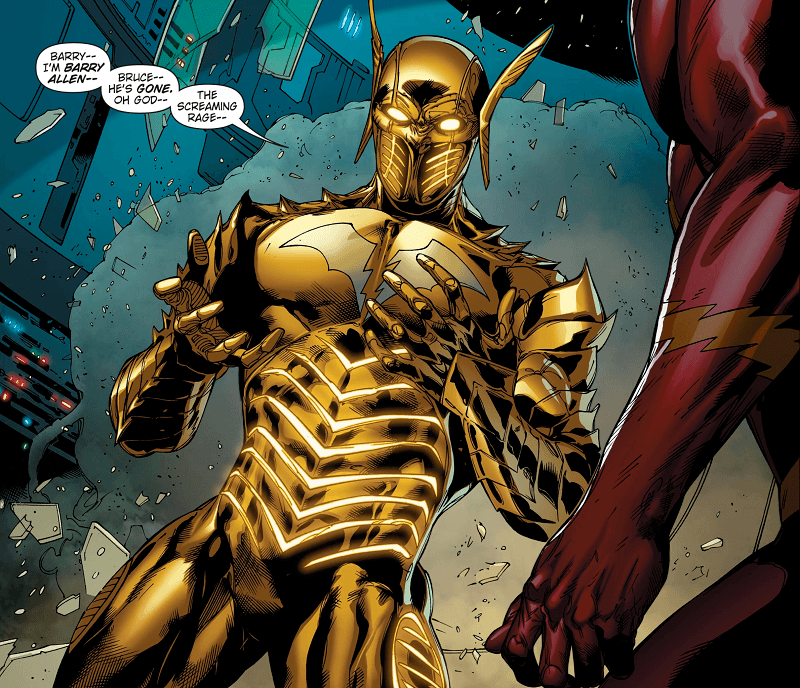 It may be a bit jarring to quickly shift narratives from Detective Chimp’s origin story to a multiverse-threatening disaster, but that probably has something to do with there being 4 talented writers trying to find some elbow room in one issue. The same can go for some of the dialogue coming off as stuffy for the sake of sounding intelligent. But you can’t expect too much when you’re facing a conflict of this magnitude.

The art from three artists, instead of Greg Capullo handling the series solo, wasn’t as much of an issue as you’d expect. If you look closely, you can see some conflicts of style here and there but it’s nothing to keep you from finishing the story.