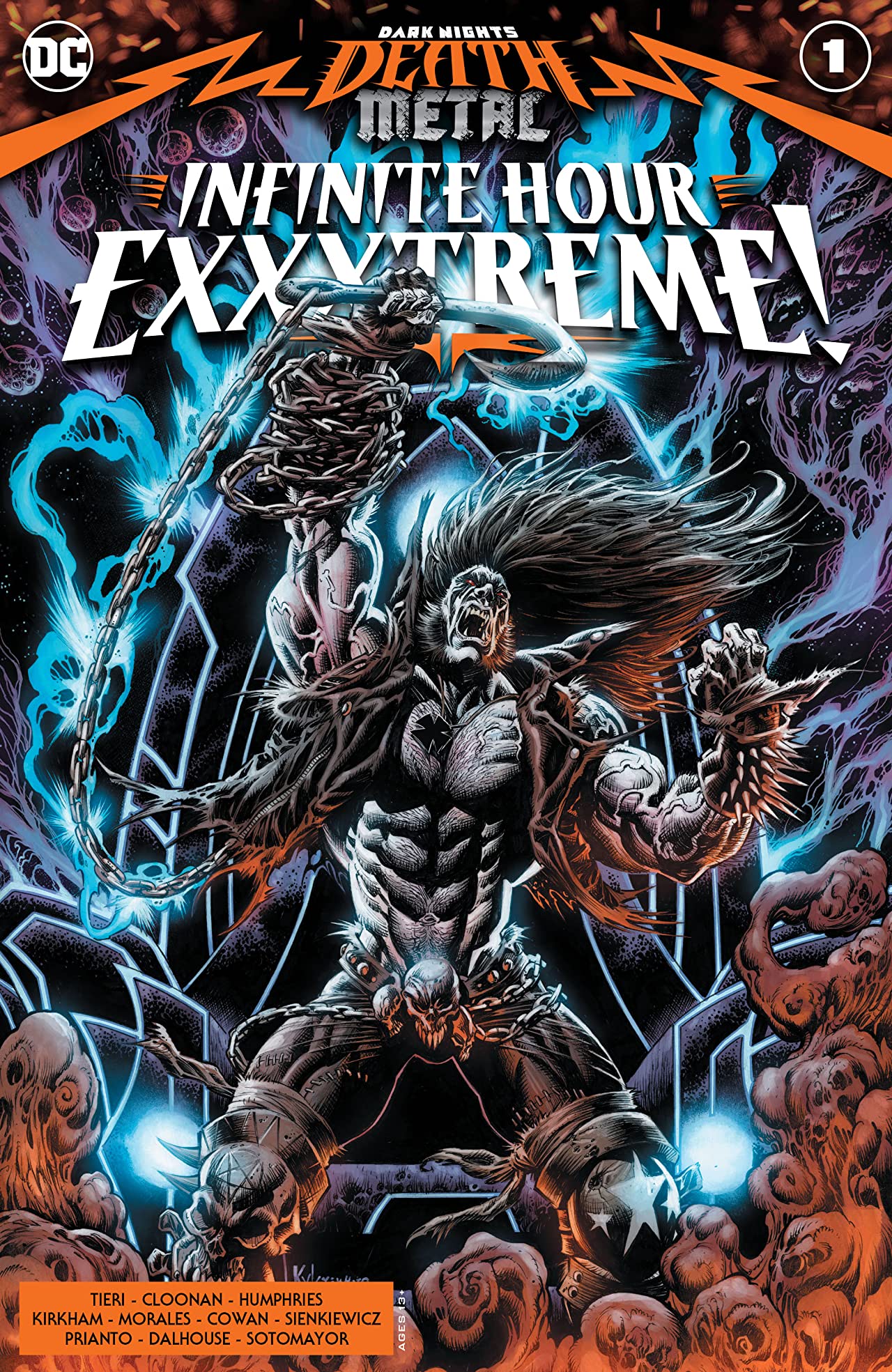 We haven’t seen a lot of Lobo in this event, but this one-shot rectifies that and then some by seemingly giving Lobo an important role in the coming climax of the story.

In this issue though, the story follows Lobo as he’s recruited by Lex Luthor to find the the embodiment of Death Metal, which is an actual box made up of death metal. If Lobo doesn’t succeed in this mission, then life, as we know it in the multiverse, will end.

Whoever wields the death metal can rewrite history with its power. You can see why this would be something extremely important that the heroes will need. It would give them a cheat code or a reset button if they can’t beat Perpetua.

But for the time being, Lobo has it in his possession, and until he can get it in the right hands, The Main Man uses it to rewrite pivotal moments in DC’s history in his image.

This issue was a lot of fun. It was almost like the spirit of Lobo himself wrote it. Every page, whether it was written by one of the three writers on this issue, screamed Main Man energy. I didn’t read one line of dialogue that didn’t echo as a scream in my mind. That’s good writing.

And the art did a fantastic job of encompassing the Metal aesthetic as well as keeping things loose for some of the hijinks that Lobo found himself in. Like dressing Brainiac 5 in his 4th Grade teacher’s outfit.

Dark Nights Metal: Infinite Hour Exxxtreme! is all Lobo, all the time. If you can’t handle The Main Man, get the frag out the kitchen!!