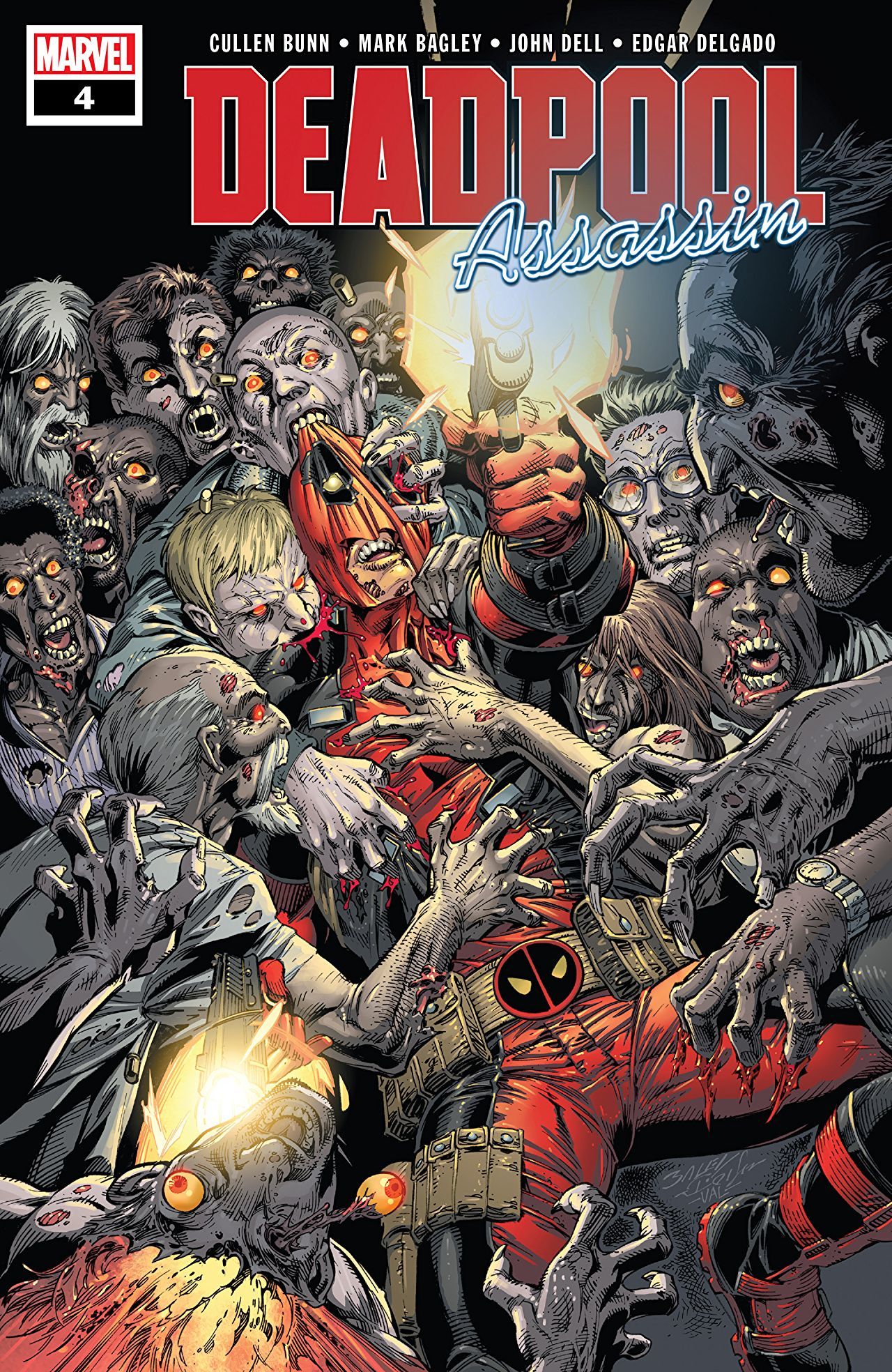 Don’t Care About The Price Tag

I’d hate to be that “stereotypical” English major but let me tell you I was being so extra while reading this comic. Me shouting at Deadpool Assassin #4:“THIS IS MORE THAN JUST A PRICE TAG METAPHOR! IT’S DEADPOOL’S STRUGGLE BETWEEN REALIZING SELF-WORTH, BEING A TARGET IN THE CAPITALISTIC AGENDA, AND SEEING DEATH AND MONEY AS A SCAPEGOAT DUE TO DESENSITIZATION”! (In all, capitalism is the enemy.) This issue feels different than the other three. The usage of money is usually something hilarious that happens in television/movies (or in the mind of Julius in Everybody Hates Chris). 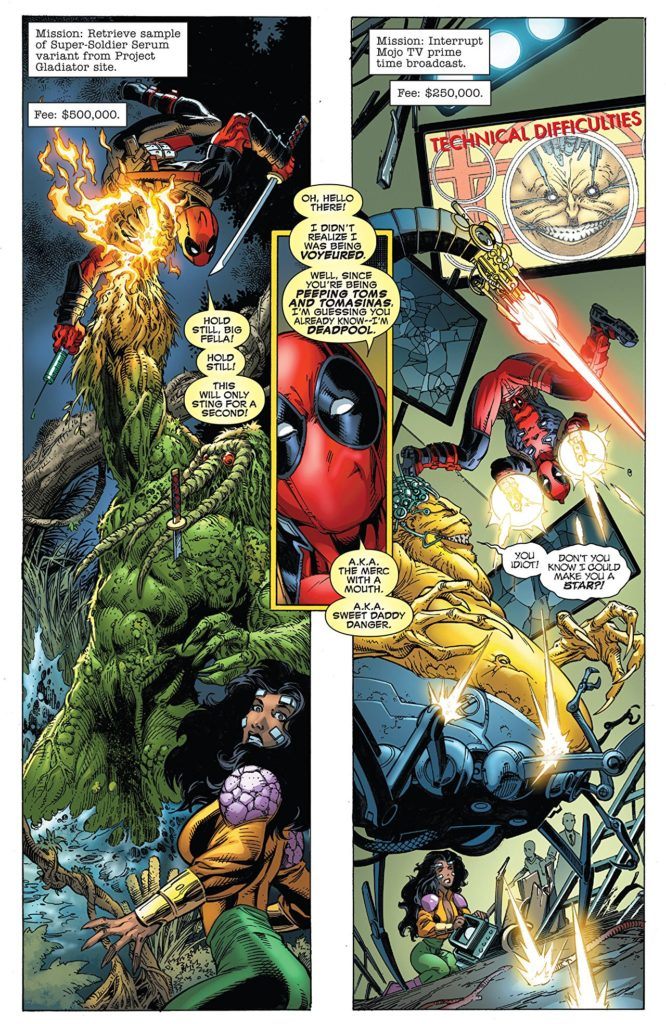 This was more like a redemption for our protagonist. I loved each and every moment. The price tags didn’t feel separate from the story. It merged well visually and narratively across previous issues in the series. Each panel was like a snapshot of the character’s greatest adventures right before the climax. The best parts of the comic were the moments you were expecting. It didn’t take away from the “oh sh*t” factor. If anything, I was even more excited to see what would happen next.

The humor was still there, yet it was subtle. We still get our good ol’ fourth wall breaking like every Wade tale. The difference here is that we get the joke bucket of price tags. What I consistently keep going back to is the relationship with money from the beginning of the comic to this current issue. I love that Bunn did not have to sacrifice humor to get to the grit of the situation. What does Wade gain at the end of this? 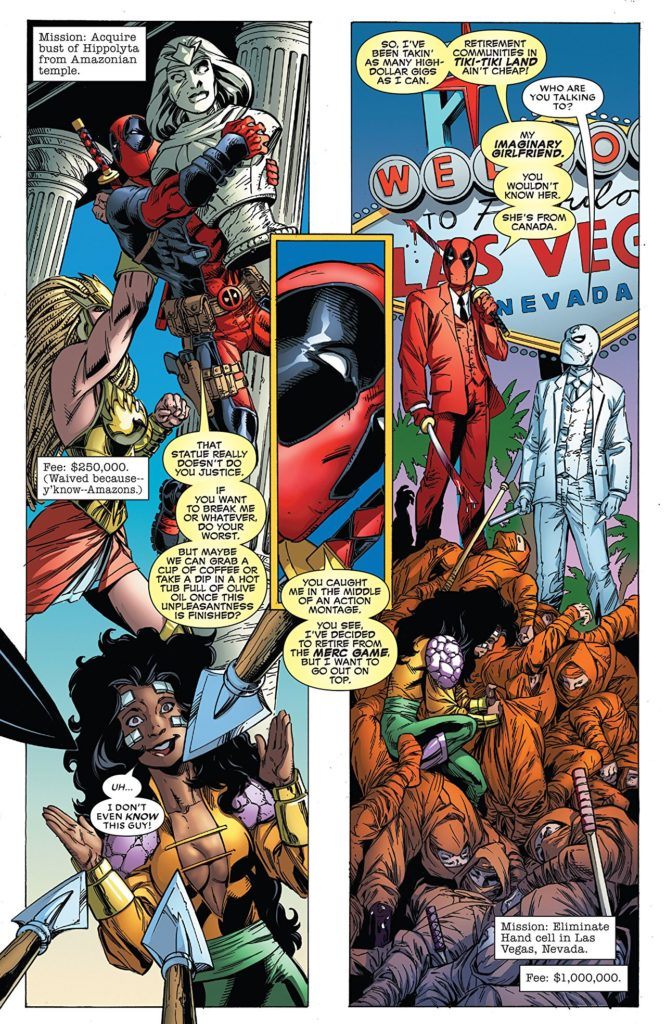 Phew, if there was anything that heightened the excitement in this comic, it was the artwork. Bagley made it swish this time. Because the colors were bright and hyperactive, I felt my heart-rate pickup. The gore was still present, but the focus went on vibrant colors and action scenes. I knew what was at stake, and it felt like there was a timer associated with Deadpool’s death and his relationships. What lacked in immediate humor, provided itself in the coloring. I never felt separated from the page, and this is one of the rare moments where I found the art played an even stronger role in determining the protagonist’s personality when the words weren’t always available.