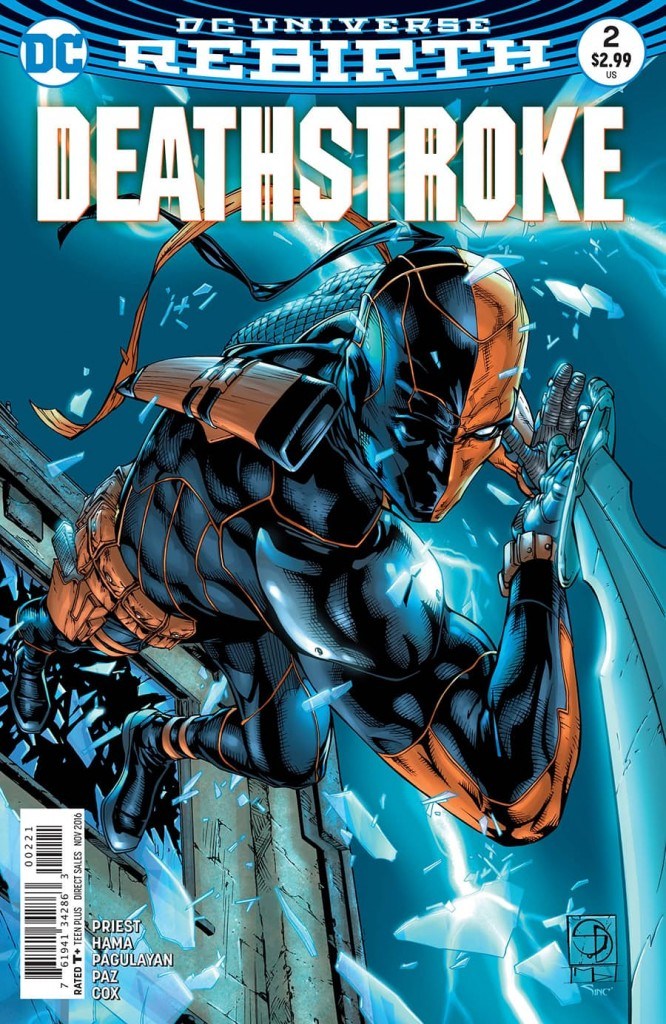 We’re back in issue two of Deathstroke and things are heating up. Priest has made it clear that flashbacks to Slade’s home life prior to becoming Deathstroke The Terminator. The parenting style between Slade and Adeline is the makings of a dyfus nightmare as we have witnessed. We’re jumping into two storylines happening at the same time. At one end we have Slade and Wintergreen in present day trying to figure out who had Wintergreen abducted (it had to be someone from their last mission) and why. This has Slade and Wintergreen revisiting their old teammates from what appears to be a botched mission.

When we flash back to the mission we get a silver-haired surprise appearance fairly early from a certain character that will need some explaining. While Slade is on that mission we see that Grant has run away, Adeline has left Joey on his own to follow Slade, and when she comes back Joey has been abducted by someone calling out Slade. Priest and Hama have dove right into the beginning of the famous incident that will leave Joey mute, drive a wedge between Adeine and Slade, and ultimately tear this family apart. I actually wasn’t expecting for this huge event to happen so soon but it’s good pacing by the writer for this to occur and we get to see the rebirth take on how it all went down. 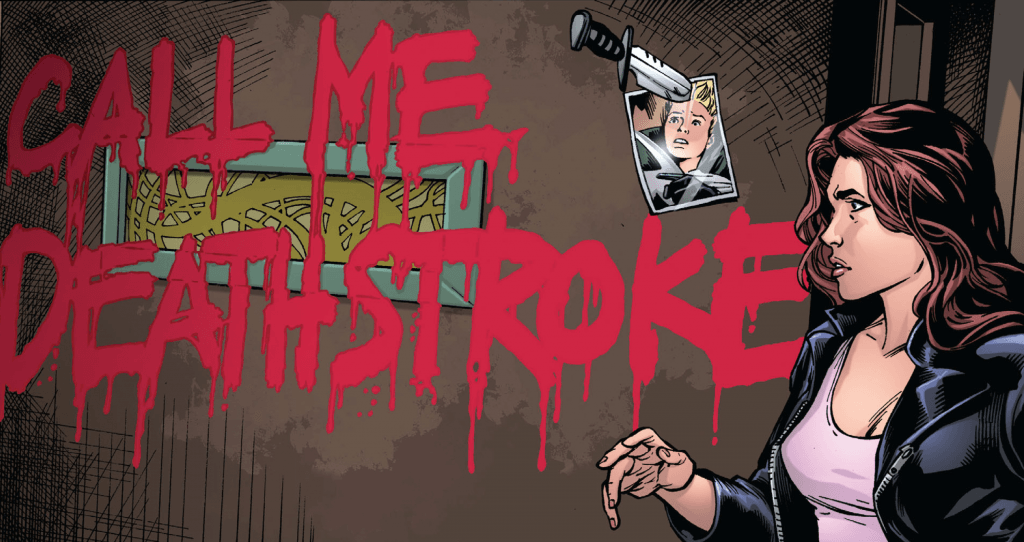 Carlos Pagulayan and Jason Paz’s art had a very pulp noir feel this issue and I totally dig it. There was a great scene of Slade’s team crash landing upside down and all their word captions were upside down as well. I’m a huge fan of little nuances such as that to make the reader have to navigate physically to engage the story that they are reading. There are some portions of the book that feel like you could get lost due to a lack of certain information that’s being presented or the wordiness of the backstory when told in dialogue between the characters.

Again the most exciting thing about Deathstroke is how fast we’re now coming upon the infamous hostage scene involving Joey. We’re getting more of an insight this time around from Slade’s perspective as this retelling unfolds. The flip between present day and past feels as if we are getting two stories for the price of one which is great.