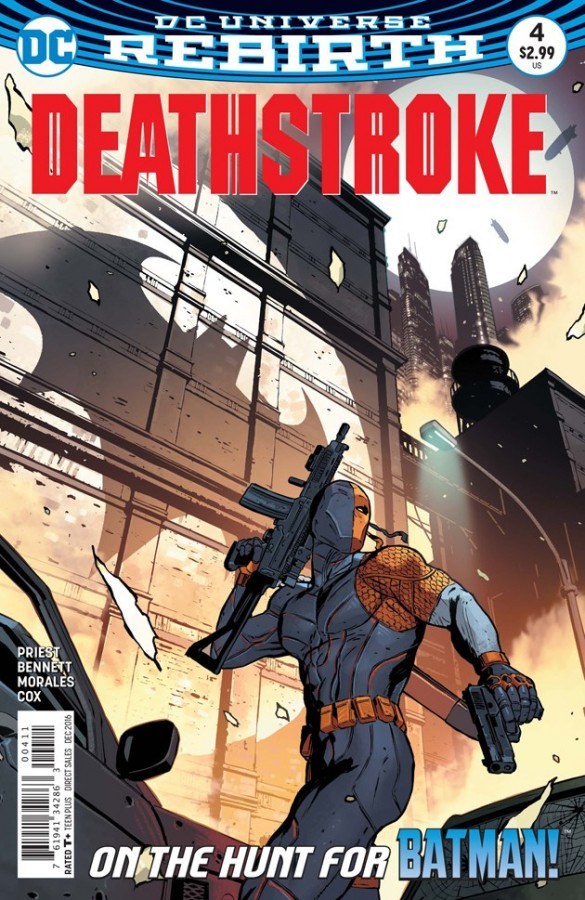 Deathstroke is a title that’s had a lot of reflection on Slade Wilson’s past. We see how his past actions and decisions have affected the way he interacts with the world and other people… and Slade is not a people person. It’s safe to say that he isn’t father of the year either, nor is he your anti-hero, or mercenary. Slade is a villain through and through. He’s “I do what I want!” incarnate. However, that somehow doesn’t make him a bad person? Yeah, I know that’s a weird thing to say, however that’s what this issue shows as we gain insight into Slade and how he works.

We see Slade going undercover toward Gotham with his daughter Rose. Rose is on her smart phone talking it up and Slade ain’t having it. They are undercover yo, that means no smart phones because that’s how you get tracked. It also means Slade is rocking a glass eye to pass off his disguise, which is awkward for Rose. Wintergreen gives Rose some advice on Slade and how he takes some time to understand due to the way he is wired. Which is to say you gotta read the code in the way he cares, by understanding it’s the way he belittles you or calls you an idiot that translates as him being worried. 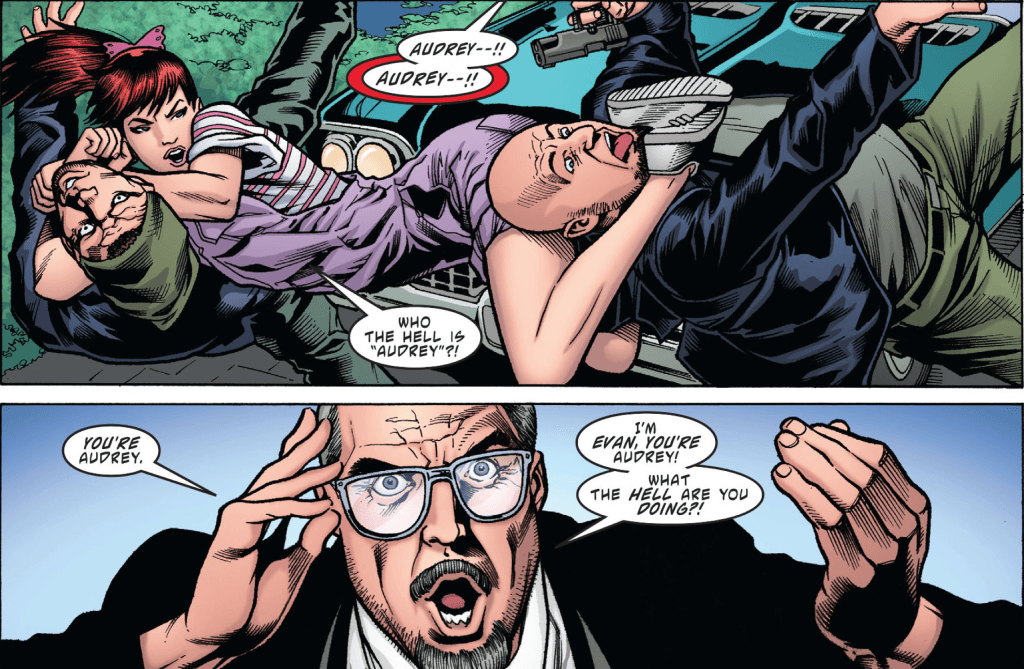 We get a quick glimpse into Rose’s backstory and Slade watching her from a distance, but the real kicker of this issue is the cat and mouse game between Slade and Batman. There’s a scene that actually took me a few moments to go back through and assess as Slade describes Batman’s tactics to spy on him while having to work that into plans of his own. Bennett does an incredible job of setting this scene up, which looks so plain as day but is a great version of a superhero-supervillain stake out in plain sight. Priest has Slade noting what gives Batman’s presence away and complimenting him at the same time on being so good. I really enjoyed that scene between the two, as well as the commentary Slade provides on Batman.

This book has been outdoing itself slowly and surely since its debut. Priest is at his best in showing how meticulous Slade can be with his disguises, planning, and patience. We are seeing way more of the mechanics that make him so feared in the DC Universe.