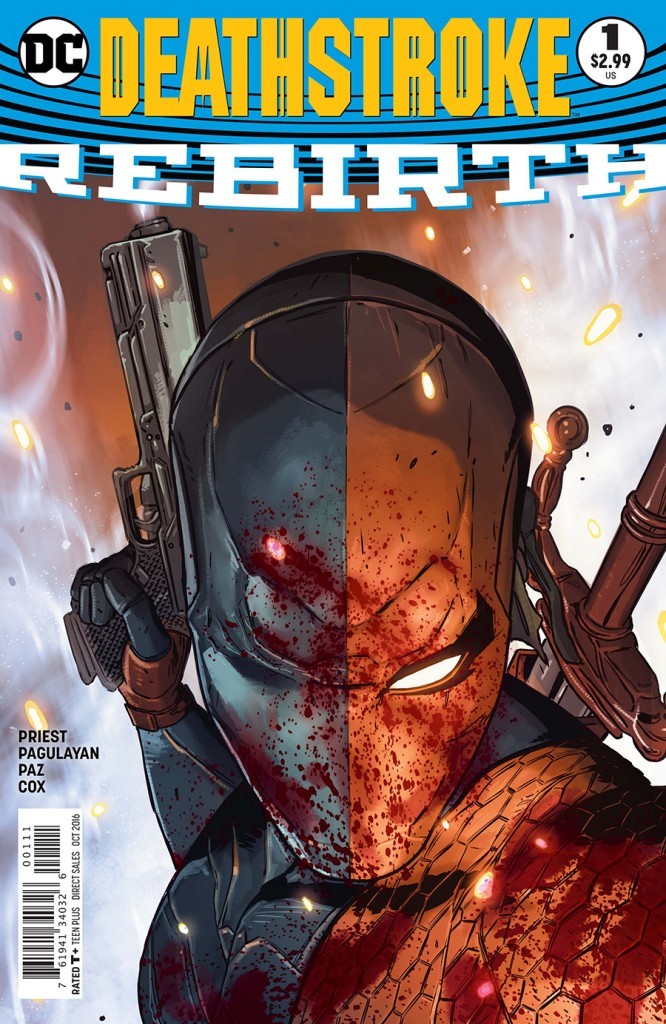 Christopher Priest returns after a long “LET THEM WAIT!” hiatus from comic books just to come back and hit the ground running with the illest killer in the game Slade Wilson aka Deathstroke The Terminator. If you don’t know ’bout Slade Wilson, all you need to be properly informed is that every day is Assassin’s Creed for Slade. He is a villain that’s bested Batman as well an entire group of Justice League members. He. Is. That. Nice. Slade has been around for years but we haven’t truly broke through his character and background entirely when it comes to his family.

Priest provides us with more in depth insight into Slade’s parenting (for lack of better term) with his children Grant (who becomes the first Ravager) and Joey (who becomes Jericho). We see them all on a hunting trip where Grant and Slade are at odds. Priest paints a picture of Slade as a father that teaches only one way, isn’t undercut by sarcasm or pre-teen rebellion, and is really not with the shits. Slade is NOT the father figure from your Pleasanville 1950’s era sitcoms. Hopefully Priest will continue with these looks back at Slade before he becomes Deathstroke to show just how strained he is from his sons, and perhaps even in regards to his marriage. 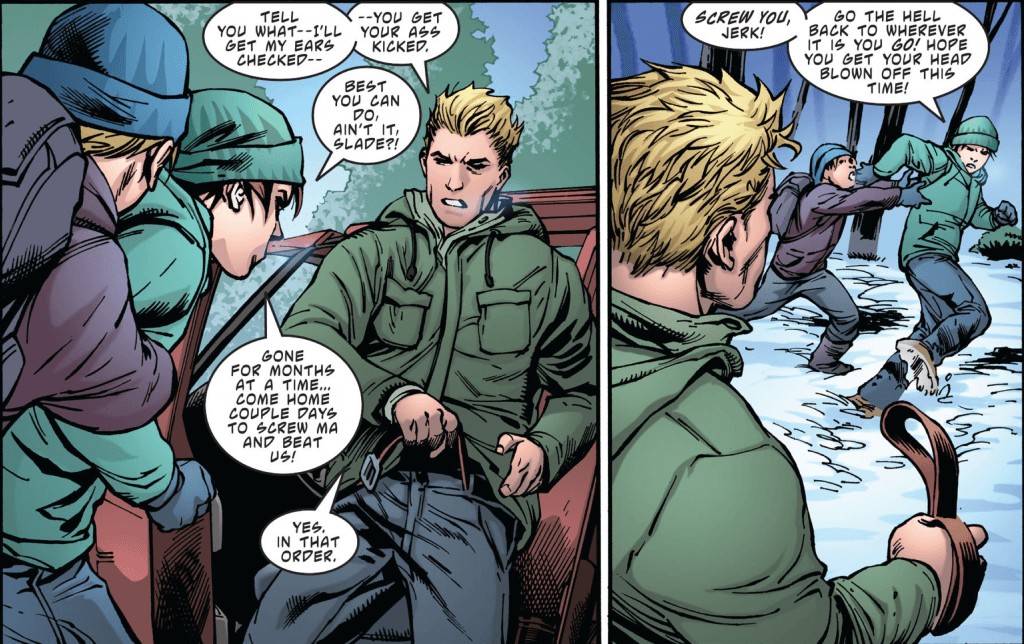 Priest gives us a very different Slade in present day as he is on another routine “kill shit” mission. Of course we get thrown into the muck of the killing fields as we see it taking place overseas (upon numerous Black bodies mind you). Slade is being contracted to do that dirty work but the task becomes a lot more complicated once his past gets entangled into the mix. Carlo Pagulayan and Jason Paz are great on art. They do certain close ups of characters and dialogue that really give the reader, a foreshadowing of the mood of Slade as he navigates through his world of Black Ops. The look of Slade in dialogue as opposed to action are great. We get to see his calm demeanor visually and then him move, react, and attack as if he is an entirely different person once the mask is on.

Priest does a good job of displaying how much of a dick Slade is as a father in the past in stark comparison against his present self who holds himself to this “killer’s conduct code of honor”. The direction he takes Slade will be one too look forward too. This is a series that will surely be a different introspective look at Slade than those that have came prior.