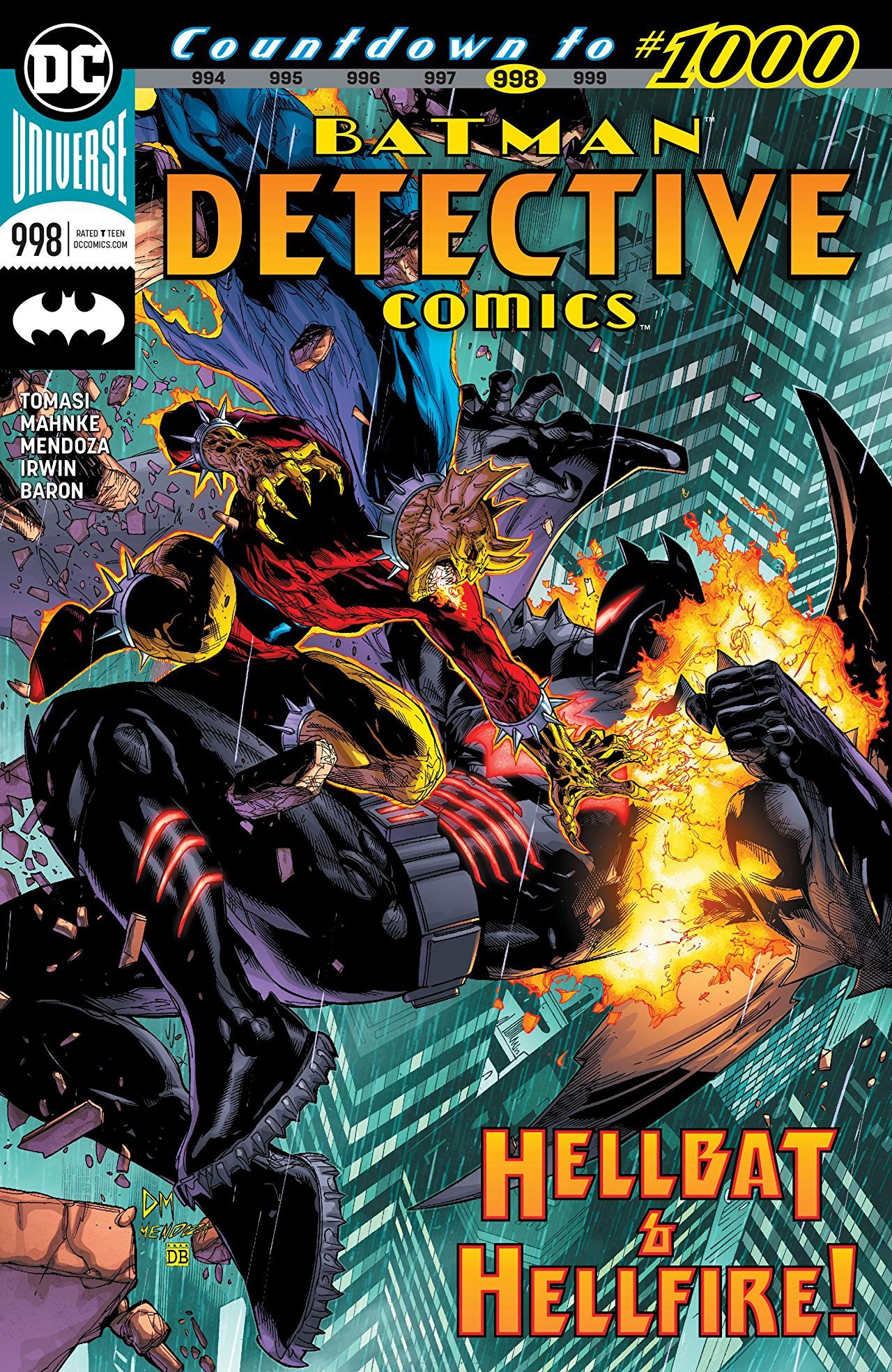 The end of Detective Comics #997 had all of the signs pointing to Dr. Hugo Strange as the big bad of the Mythologies arc. Hell, even the first few pages of Detective Comics #998 discuss how Strange very well may have been the culprit. However, Tomasi decided to stretch out the mystery and shuts down any further speculation with a litany of callbacks to The Night of the Monster Men.

In lieu of figuring out the story of the weird shapeshifting monsters, we get an out-of-left-field team up with Jason Blood a.k.a. Etrigan the Demon. Batman explains that Jason Blood was also on the list of mentors that Bruce Wayne went to when he was figuring out how to become the undeterred symbol of fear of Gotham City. It’s not a connection I’d make immediately, but then again this arc has consisted of a multitude of mentors I never actively thought of Batman going to; however, the longer the list grows, the more it makes sense. 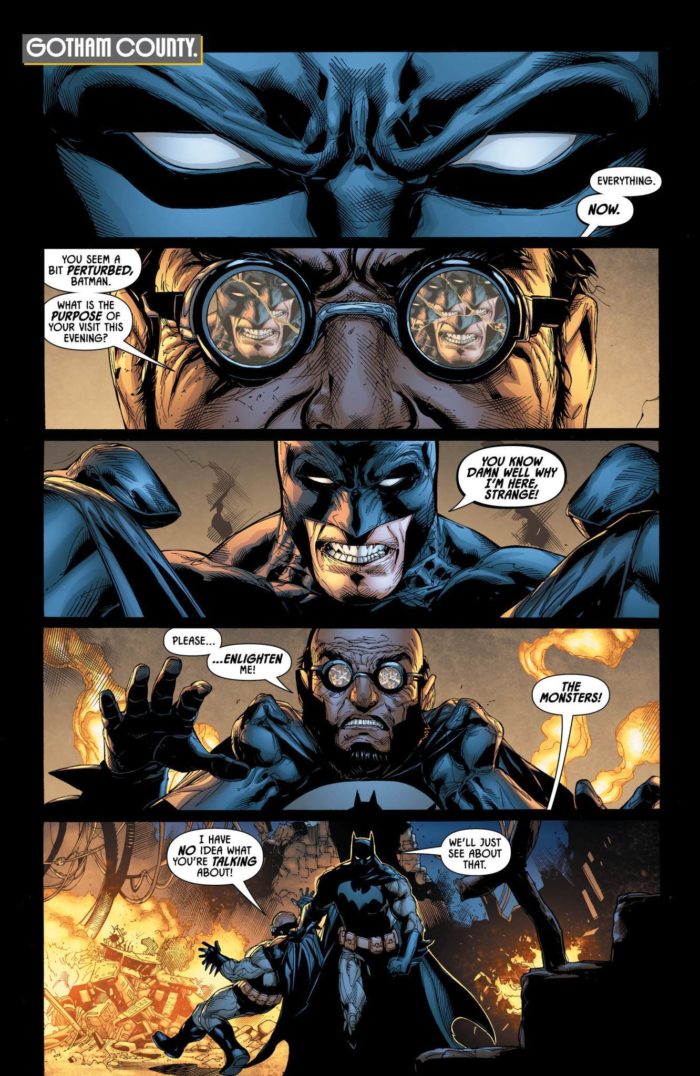 Batman is the embodiment of human determinism and seeing the deep well of DC Universe that Bruce Wayne drank from only helps solidified him as this larger than life figure, a fitting status for the tragic hero. This is something Tomasi has continued to reiterate leading up to #1000: the transcendence of the Dark Knight, how a man influenced by trauma cocooned in extraordinary stimuli could become legend. It’s not realistic, but hey, it’s why we read comics.

Of course, Tomasi also knows that serial escalation is in play and Detective Comic #998’s team-up with Etrigan the Demon is marked by Batman donning the Hellbat Suit, a name perfectly befitting it’s awesome, terrifying profile. The specifics of the Hellbat Suit now withstanding is something you really should experience first-hand. Mahnke’s artwork is utterly incredible. The pivot from hard line interrogation of a mad scientist to a brutal brawl is artistic perfection and is a lot of fun to watch unfold.

The Mythologies arc has been a fun exploration of Batman. The ever-changing nature of the through-line has taken us to a lot of weird places, and while I’m still waiting for satisfactory answers, I’m enjoying the ride.