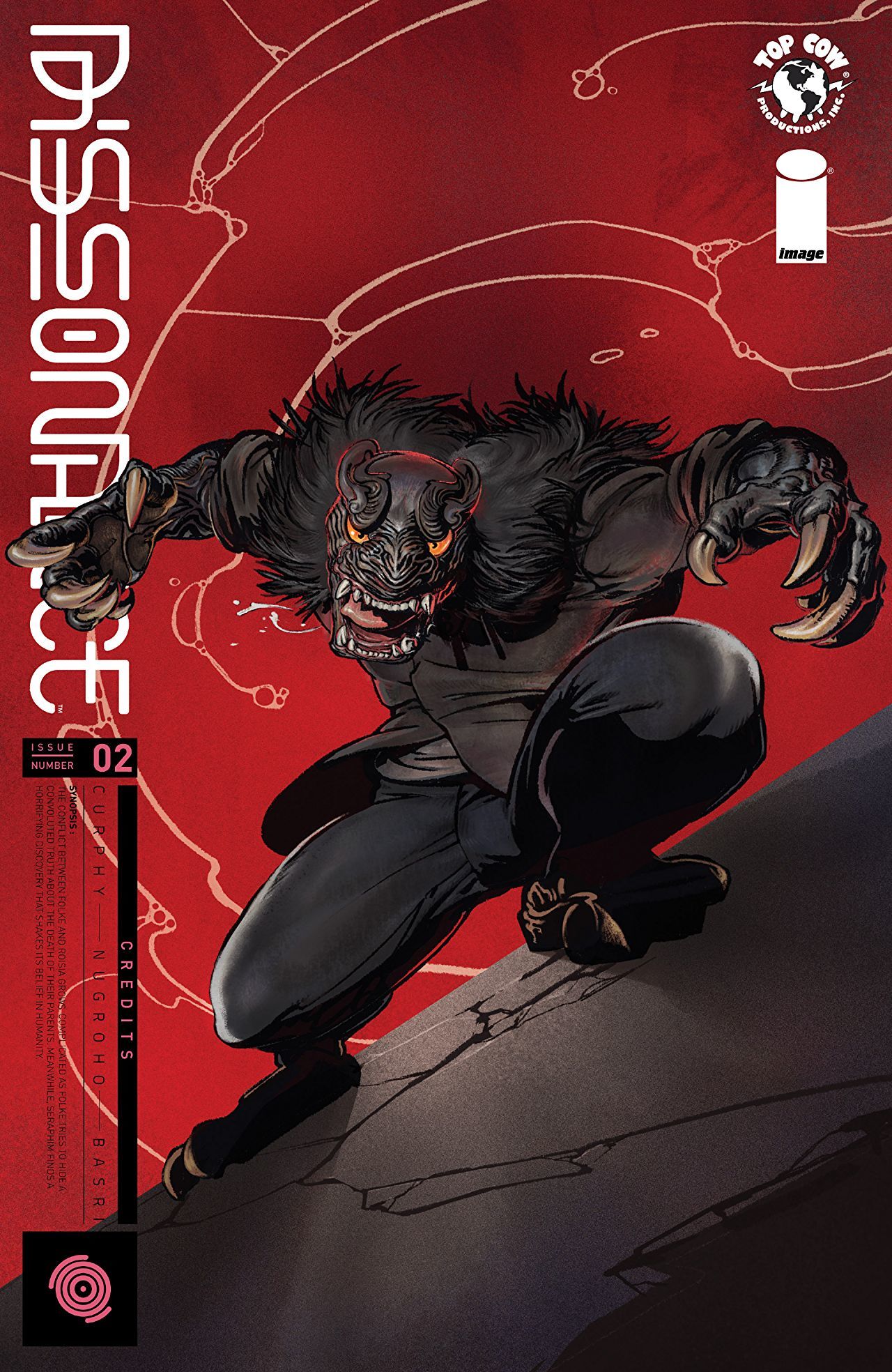 The second issue of Dissonance picks up where we left off and jumps right back into its conspiracy drama. What’s interesting is seeing Folke be the crucial leader of this group and try to be the good guy at the same time. I mean, despite the fact that he is in charge of a group secret society that orchestrates high profile assassinations in order to shape the world to their needs, it’s admirable to see Folke minimize the damage they do. It’s all quite fascinating. Still evil but fascinating. 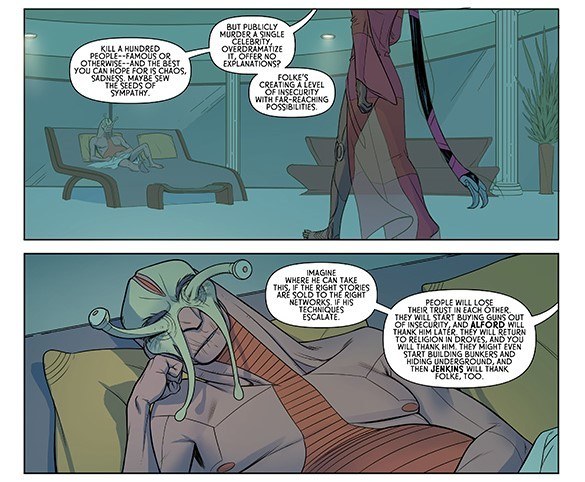 As predicted, none of the super shady Illuminati-type from the Rex Mundi can be trusted. While Folke tries to steer the group towards a better world, they are all against him. Especially Roisia, who he comes to odds with again as they debate what their parents wanted for the two of them after their death. We get a couple of more hints at how devious and underhanded she can be, and honestly, her presence makes the book more enjoyable. The revelation from Folke’s flashback makes his position as leader of this group even more precarious. Also, the other plot thread with Seraphim is not as exciting as what’s going on with Folke, but the book does well to connect them both.

Unfortunately, Dissonance still feels like we’re thrust into the middle of the story, which holds it back. Most of the time it feels like we’re are missing out on something. This is especially the case when a lot of the world building occurs in literally the first two pages of the first issue and we have still yet to see any of the Fantasmen’s homeworld. It would provide a lot more context for what is going on in the story and reader just ends up feeling lost in the politics of everything. 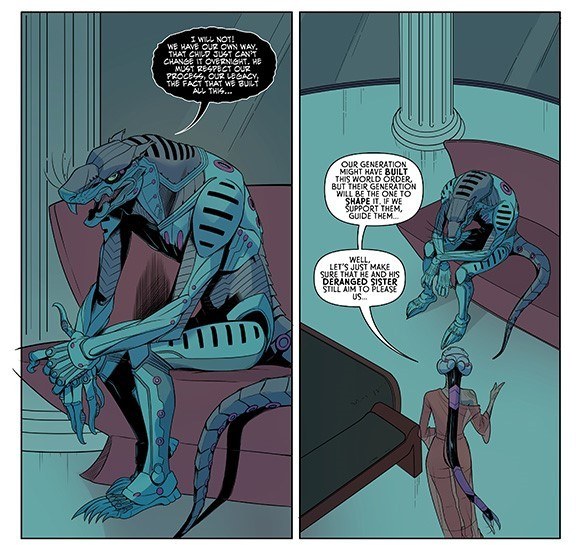 This also doesn’t give Sami Basri’s artwork a chance to shine. He still does great work with building to look of this earthly Uptopia and the Fantasmen. Also, he does a stellar job of drawing the facial expressions of characters during tense scenes, giving each their own distant personality and emotion. However, the story doesn’t give Basari much to work with and needs to pick up to match his clean work.

I’m still holding out hope that Dissonance will start expanding more on its world. Without it, it’s a slow burn so far and frustrating to only get the surface level understanding of what the stakes exactly are. I want to see more and Nugroho needs to start giving us a reason to care about Folke and the manipulations of this group.

7 Conscience Agreements out of 10