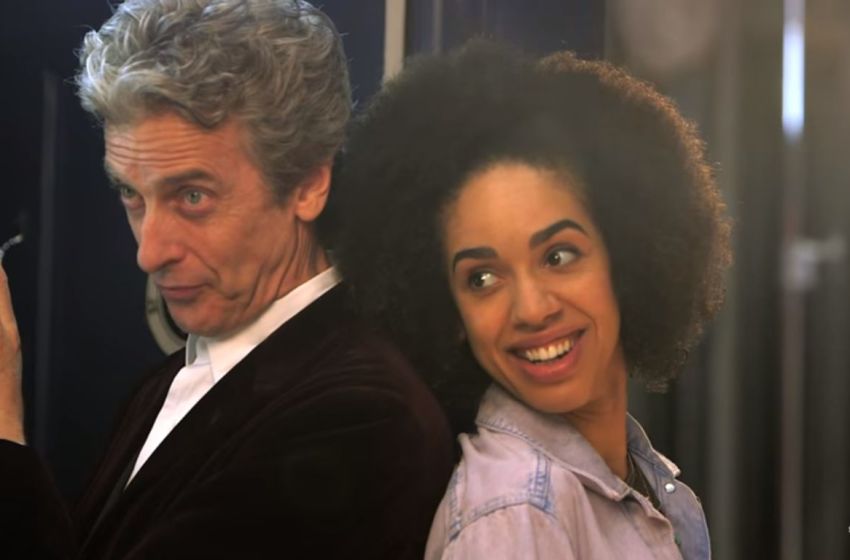 My grandfather’s name was Herman, but his siblings and nieces always called him Bill. That was hilarious to me. I vaguely remember there being some kind of a reference to the Marvelettes song “Don’t Mess with Bill” as to how he earned the nickname. My grandfather was a big ole teddy bear to me, so these lyrics never made any sense when I thought about him. Bill’s do tend to be a bit kick-ass and I’m sure in his prime, my grandfather was kick-ass in the best way a reverend can be. I’m actually looking forward to being introduced to a brand new Bill. A bill that is sure to be kick-ass. The Doctor has a new companion Whovians… and her name is Bill.

Yes, you heard me. Season 10 of Doctor Who is introducing us to Bill, the Doctor’s new companion and I am telling you now….. I’m all in! I love me some Dr. Who and I’m loyal to the seasons I love. My favorite Doctor is the 10th Doctor (played by David Tennant) and my favorite companion is Rose Tyler (played by Billie Piper). I have no shame in that. I stuck with it after Rose died, but I can’t even think about her being gone or I shed a thug tear. Matt Smith was an incredible 11th Doctor. I nearly melted when Peter Capaldi AND his coat regenerated as the shiny new 12th Doctor but, the show hasn’t been the same for me since.

The companions and their chemistry with the Doctor mean everything to me. I’m not solely talking about romantic chemistry. That kind of chemistry is last on my list for this partnership. It helps, yes, because who doesn’t love a little love interest/sexual tension mixed in with time traveling? Honestly, I do need the two to have a bond like no other. An unbreakable bond. A bond that makes the Doctor question each of his two hearts like he’d never questioned them before. The Twelfth Doctor and Clara never gave me that. They tried it, but eh…. It wasn’t convincing to me. Is it because of the age difference? The Doctor is actually pushing 3,000 years old but in his regenerative states for the past few doctors, he’s been relatively young. I’d say mid-thirties at most.

The Twelfth Doctor is witty and charming, but he most certainly is past this age range. Don’t get me wrong, I love a silver fox. I’d go as far as to say that all of interwebs showed their love for a good silver fox when the memes of the brother deemed “Grandzaddy” (Editor’s Note: Also known as “Mr. Steal Your Grandma”) and that head shot of Jeff Goldblum hit the scene. So what is it? I never really loved Clara. There. I said it. Maybe other Whovians said it, too. I don’t know, but this doctor-companion mashup up between the Twelfth Doctor and Clara wasn’t giving me something I could feel [that was in my best EnVogue personation].

Like I said earlier, I was/am a HUGE fan of Rose. I will always love River Song and truth be told, Martha was my homie. YES!!! Martha doesn’t get enough love in my opinion. She and the Tenth Doctor were hilarious to me, but for the Doctor… Martha was never Rose. I ultimately thought Martha didn’t have a chance after Rose because she’s Black.The first time I laid eyes on her, that was my first thought. I was excited and worried. I still wonder if I was right. Which brings me full circle to Bill. Is the world ready for another Black companion? Will the world be ready if this silver fox of a doctor falls in love with her? I’m ready for Bill. I’m ready for #BlackGirlMagic all up in the T.A.R.D.I.S. I’m ready for them brows that are beat to the GAWDS! I’m ready for that afro and oil sheen, Soul Glow fighting the Daleks, honey! I’m praying for a quick wit and the side-eye of Michelle Obama. I don ‘t know Bill, but I am here for her. I’m ready for season 10! Are you?