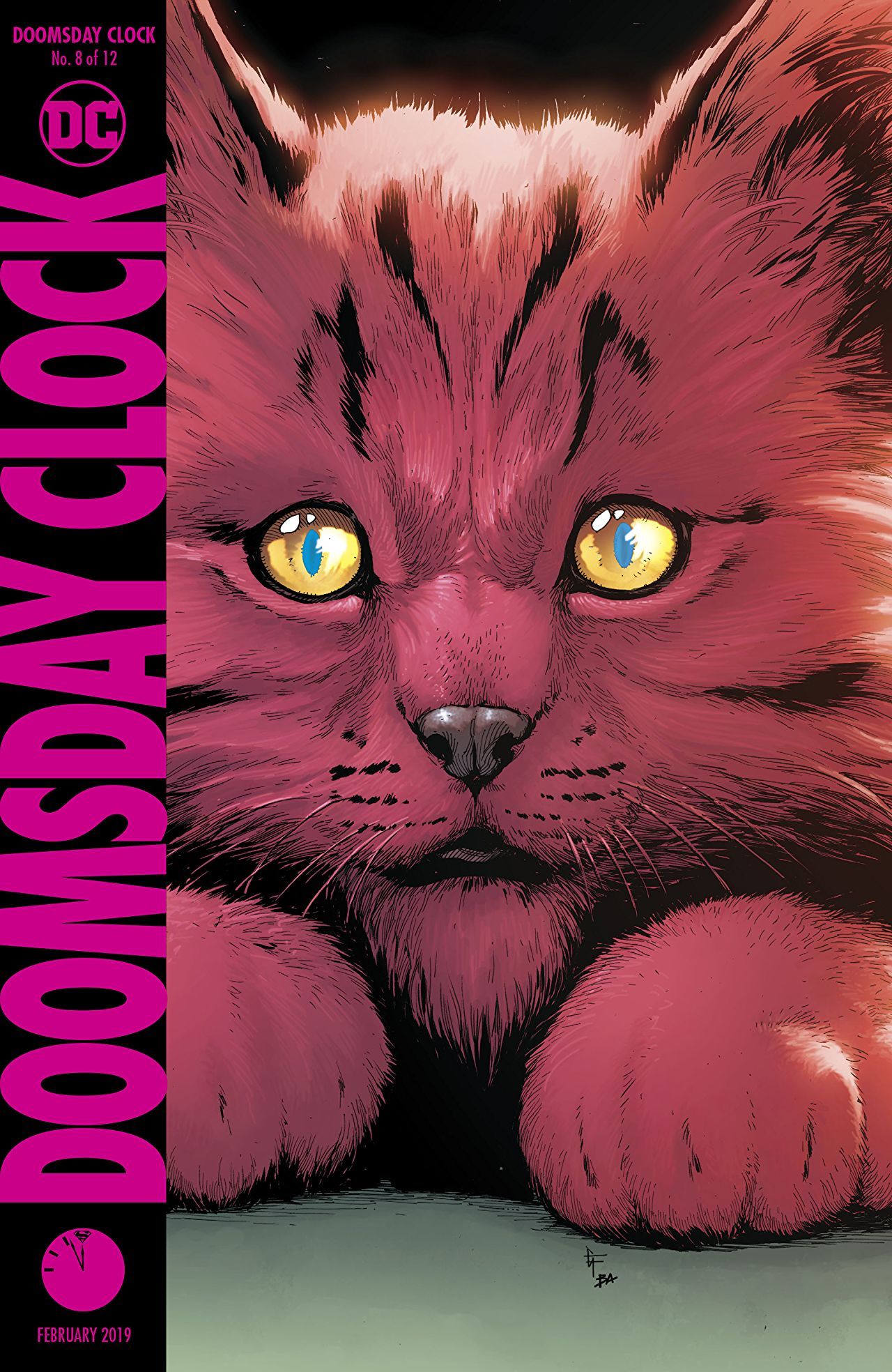 To say that Johns has found his groove with this Doomdsday Clock would be like saying having super-powered individuals fight it out in a public space is a less than stellar idea. As I really enjoyed the last issue with the appearance of Doctor Manhattan and his series-turning revelation, this may be my favorite issue of the run so far. I was hoping that in the last issues we would get more Superman and also, see of Black Adam as he’s been alluded to so often throughout. I didn’t realize we would get both in a glorious package of political maneuvering, opposing force, and a threat of mutually shared destruction. This issue mostly sidelines some of the characters that have been cultivated thus far to give us a very Superman-centric conflict, which is always what this book promised we’d get.

Johns nails all the characters while putting them in a unique situation. Some of the best Superman stories come from his “leaning too hard into compassion for someone to manipulate,” and there are definitely beats in this story that mechanic. The pragmatic approach of Black Adam with cold and veiled threats were some of my favorite panels. We’ve been hearing about his rule in Kahndaq, the metahuman sanctuary, but we got to see it up close for the first time. Including Adam’s throne room, which is kind of worth the price of admission.

Even though this story features Superman mostly, it definitely doesn’t desert the machinations we know have been manipulating this conflict to this point. Johns does a good job of running these threads independent of each other and letting them cross, briefly, when it’s most effective.

As it’s been the theme throughout, Frank is penciling a great looking book. This is an action-heavy issue, and it doesn’t disappoint, especially the visceral nature of many of the heroes involved. I already mentioned the throne room, but the exterior environments where most of the conflict takes place look great too. The nine-pack panel style works well throughout, but from a design perspective, breaking out of those for the sake of action works very well too.

The very ambitious and, some would say, audacious nature of this book is justifying more and more why it should exist and how good a story can be woven from these universes. After many character driven issues, the plot is moving ahead at full throttle now. As we are in the last third of the series, it feels like there are a lot of possibilities left, and that is an exciting possibility.

9.2 Glass Sculptures out of 10
Reading Doomsday Clock? Check out BNP’s other reviews here.