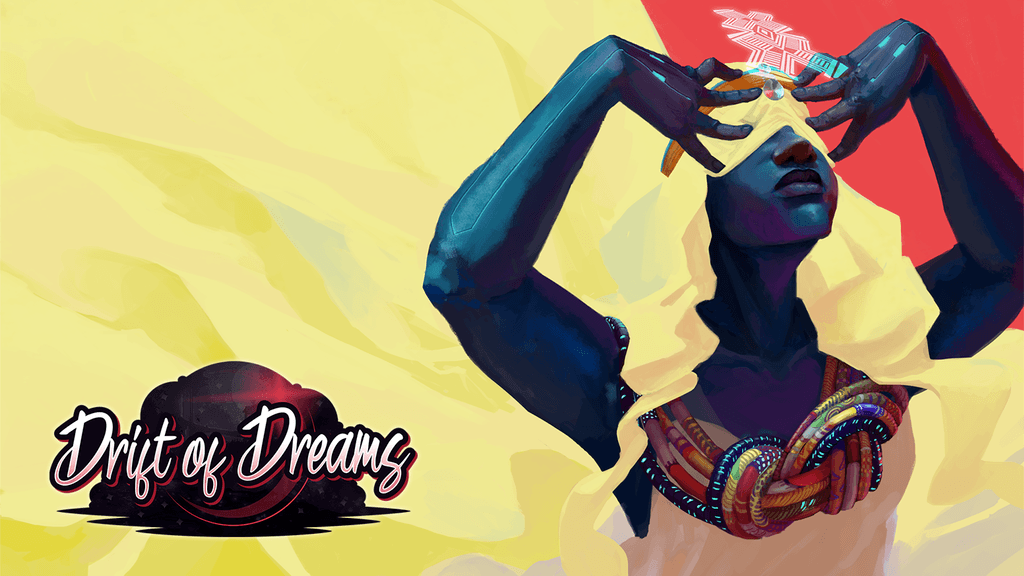 Back in March, the world of Tikor burst onto the tabletop role playing scene with a fantastic Kickstarted project — Welcome to Tikor: The Swordsfall RPG Setting and Art Book. The idea is timely, an Afropunk Sci-Fantasy RPG setting, filled with danger, mystery, and characters that will fit almost any adventure you want to play. Following up on that successful launch, the Swordsfall Studios team has plenty more to offer. Right now, they are offering a Graphic Novel on Kickstarter — Drift of Dreams.

Drift of Dreams will be a 100+ page full-color graphic novel set within the Swordsfall universe. The stories will feature people from across Tikor as they take the real-life wars into their dreamworlds, The Tapestry. The team promises plenty of compelling characters, both magical and mundane, fighting for or against The Withering King Xavian with the help of powerful Dreamweavers. This war of the mind is one that humans never asked for, but are destined to win or lose.

Lead writer is the creator of the project, Brandon Dixon. In addition to other successful Kickstarter projects, Dixon has a World of Tikor novel out, Volume 1: Tikor, the Beginning: A Swordsfall Lore Book. The majority of the graphic novel is written, so extra levels in the Kickstarter go to paying the artists more, and thus producing a more beautiful book. Dixon is an omni-nerd who grew up during the golden days of Toonami, Spawn comic books and G4. He’s the kind of Black creator we love to support: driven, original, and committed.

The setting itself is fascinating, but the artistry takes it all to the next level. The Lead Artist is T’umo Mere, a concept artist and illustrator from Botswana specializing in video games and comics. He’s joined on covers by Chris Cold. Cold’s work is in dozens of books, games and movies. Other artists include Sonya Henar, Kameron White, Joshua Small, and Bre Indigo.

The Kickstarter for Drift of Dreams is in its last week. The money goes to paying for art, improving printing, and adding additional pages. In a fun twist, you can choose the cover you prefer. The Diety that wins the cover war will determine both the course of the plot and the cover of the book: who will win, the Goddess of Creation, Ishvana or The Withering King, Xavian?

There’s plenty of time for this one to meet its goal and start moving through the stretch goals. All the details are here: on the Kickstarter campaign page!

I’m predicting lots more interesting, new things from the team at Swordsfall Studios. I’m excited to support them as they grow and deliver the afro-centered nerd content I’m looking for.

Welcome to the battle for your slumber.

Will it be endless nightmares under Xavian?
Will it be boundless dreams under Ishvana?

YOU decide in this #DriftofDreams