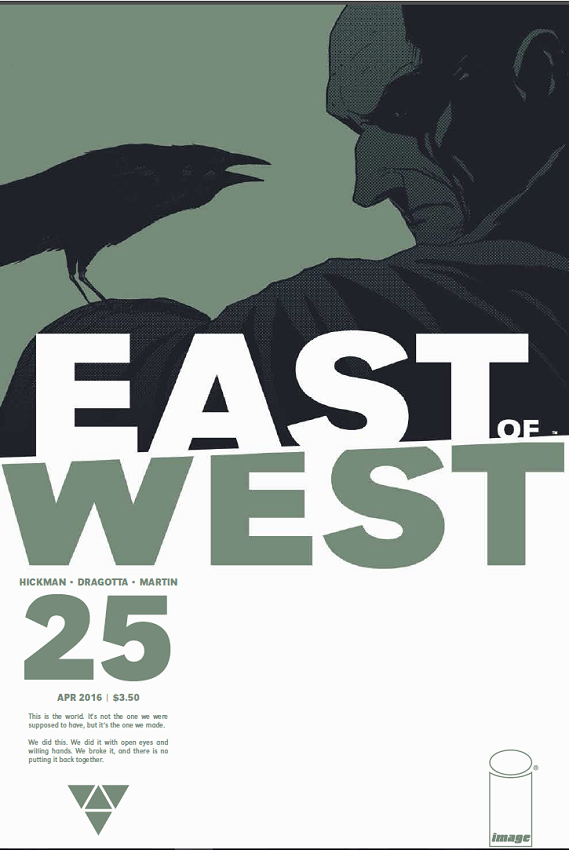 East of West is finally back after a bit of a lay-off (be that delays or a hiatus) since January and instantly thrust us back into this terrifying world were every inch of progress seems to be earned in blood. Or worse. After his previous encounter with Nihnootheiht, it’s all Narsimha can dream about, so he makes his way back out to the Sea of Bones, surprised to see his family, aka Wolf there waiting for him. There is more of a reveal of his origins and connections to all this, in addition to his agency in this world as well. A meeting of the Chosen is going down in the most biblical way it seems and Narsimha’s presence has been requested.

Another big takeway from this book was the return of Death or more acutely, Death and the murda muzik he’s known for. He needs a tracker and the best one he knows happens to run the bar in junction where he was party to a slaughter way back in issue #1. You can guess how this version goes. I would love for Death to be heading to this summit as well just for the opportunity at carnage, but I imagine his path won’t be any less bloody in trying to find his son. 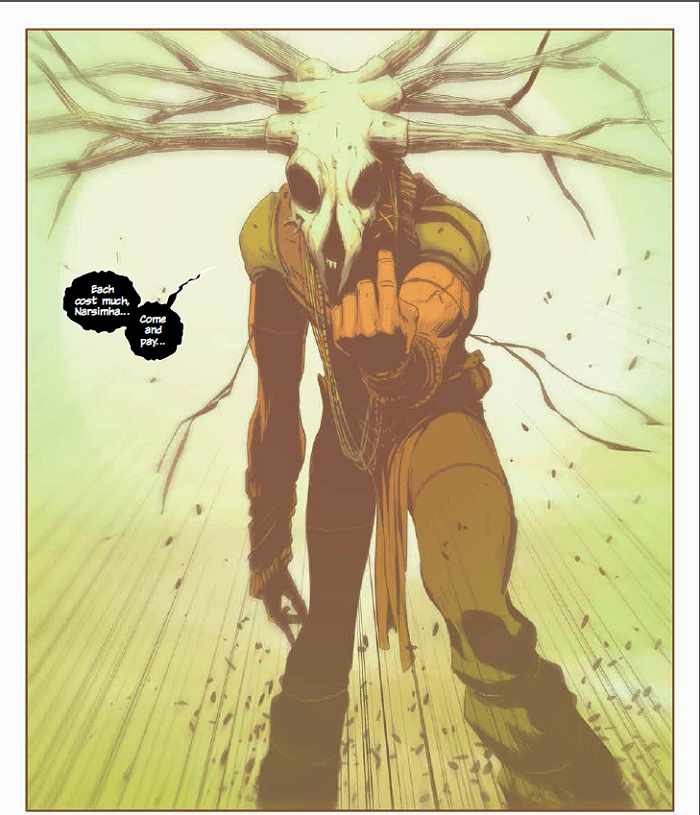 [divider type=”space_thin”]
What works in this issue are the clasps of fingers finally coming together. A lot has been set for this stage, paid for in desecration and blood, so I can’t imagine this will go off without a hitch. The various plot machinations going on behind the scenes makes you wonder who will come out of this thing unscathed. Or victorious, if that’s even possible.

Dragotta of course does wonders on the pencils, especially in the more disturbing or visceral scenes. The use of space is it’s own character sometimes in the art, especially in the Sea of Bones in this book. It is foreboding and deadly because we’ve been commissioned to feel that terrible things permeate everything in this world, even when we can’t see them.

Some cool moments and still a good amount of set up, we’re still ramping up to more fruitful revelations. If we get East and West back on a regular schedule, there’s no doubt that big things are in the coming months.

7.9 slaughtered mercenaries out of 10