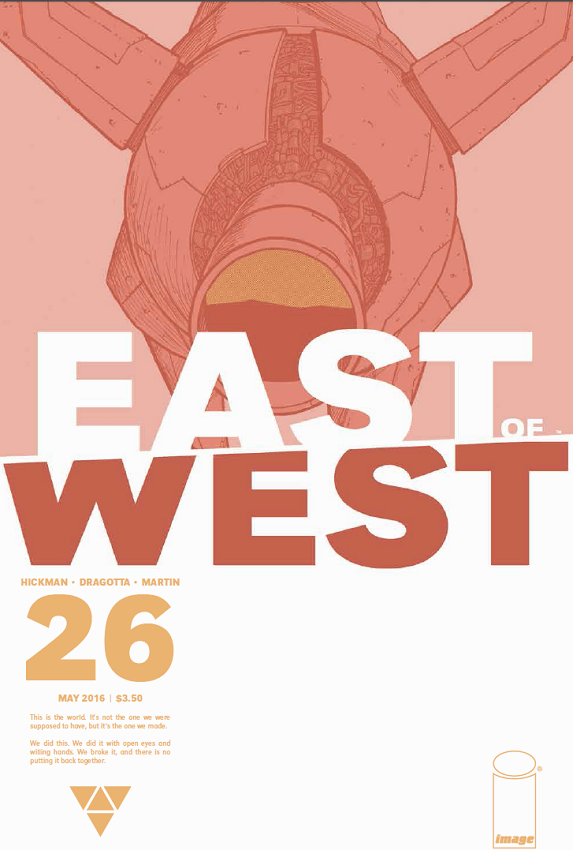 Hey, I’m in it for the long journey, every step of it, but in this, the second to last year of the apocalypse, Hickman gotta stop teasing us. With a few stellar issues since the book came back we’ve been treated to an abundance of set up. Considering the last issue left off with the final meeting of the Chosen, I expected some movement in the meeting or beyond it. We didn’t really get that. We got re-introductions, some background, some good ol’ fashioned plotting that will surely pay off when the wheels start turning, but not much of anything really happened. (Almost) Everyone has gathered for the meeting, even a couple people that weren’t invited, but it’s still not clear how this is going to turn out. I suppose that’s the good news. This story still could go 100 different ways, and in its strength, that’s something to really look forward to… provided we don’t get more plotting in issue #27. 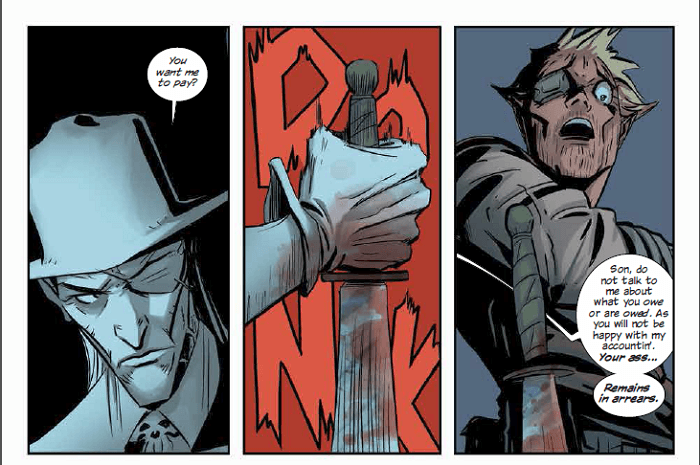 [divider type=”space_thin”]
As always, Dragotta shines, especially in issues where not too much is going on. There is a moment of outright brutality that Dragotta does about as well as anyone else which someones makes you wish for even more bloodlust in a book that has no shortage of it. Or maybe that’s just me. At any rate, East of West might be moving slow right now, but no one is going to accuse this book of NOT being gorgeous. 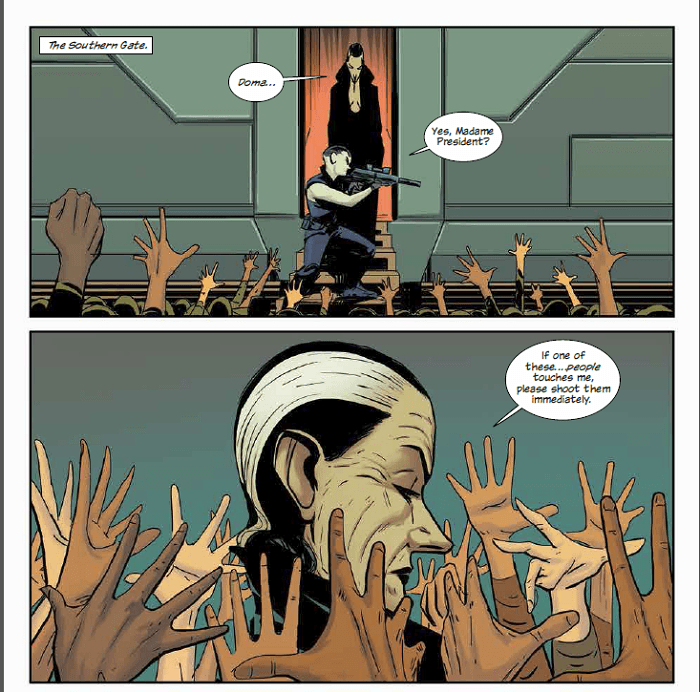 A small ripple of revelation here and there, but nothing has significantly changed since last issue. The ending does lead one to believe that shit is about to go down soon, but we’ll have to wait and see on that one. I’ve been wrong before.