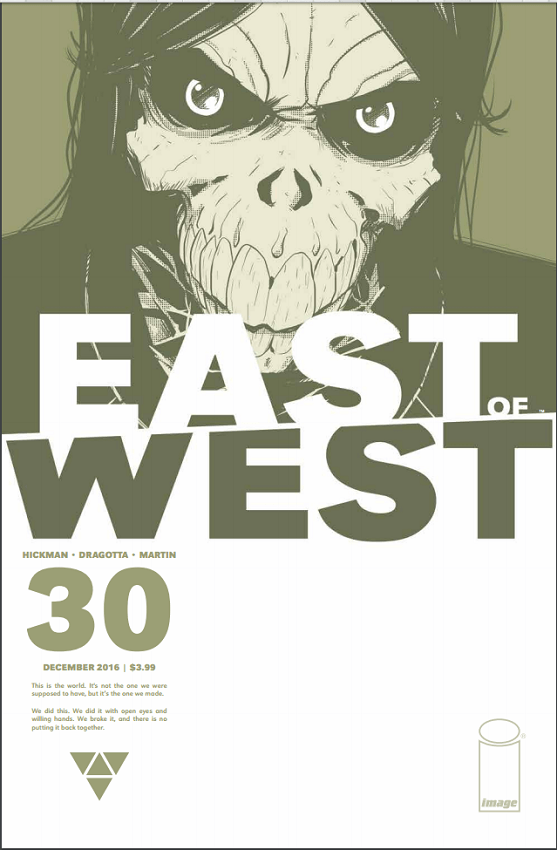 So what have we learned 30 issues in to EoW? That the envisioned world is a brutal, brutal place. Actually, THE most brutal is probably more accurate. Year Three is officially here and the war still rages, this time not just in the grey margins, but actually on the doorstop of many factions. Well, the ones still remaining anyway. War is now at the capital of the Endless Nation with its leaders Narsimha still nursing his wounds from the disaster ending to the Chosen receiving Ezra’s message back in issue #27.

We find out the fate of some of the Chosen and how they will influence the war moving forward, but also get a deep dive of the politics within the Endless Nation. Which we’ve gotten before. As fascinating as it is, we have seemed to get more inner workings and machinations with this faction than most of the other ones outside of the leaders, but hopefully, we’ll get the same thorough exam of them from Hickman in due time. 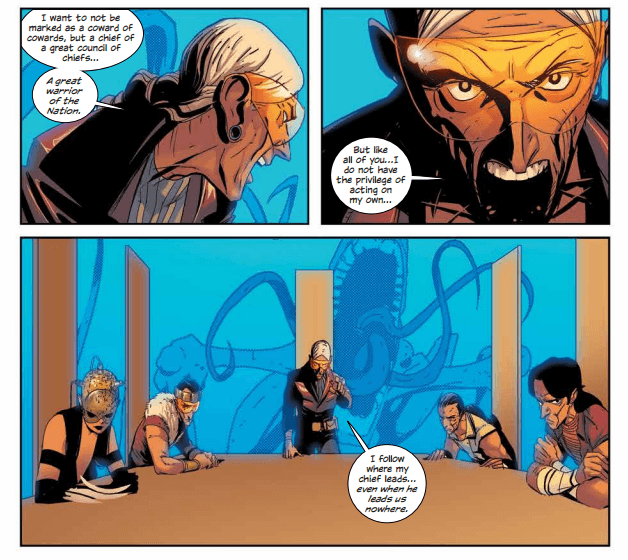 The other relevant part of the narrative in this book involves the three remaining Horsemen, matured to a full grown state in this year, but no closer to findin their lost comrade or The Beast himself. They are, however taking delight in the way the humans kill each other. Its fascinating seeing the war-torn and helpless landscape of slaughtered soldiers through the eyes of giddy and downright evil beings. 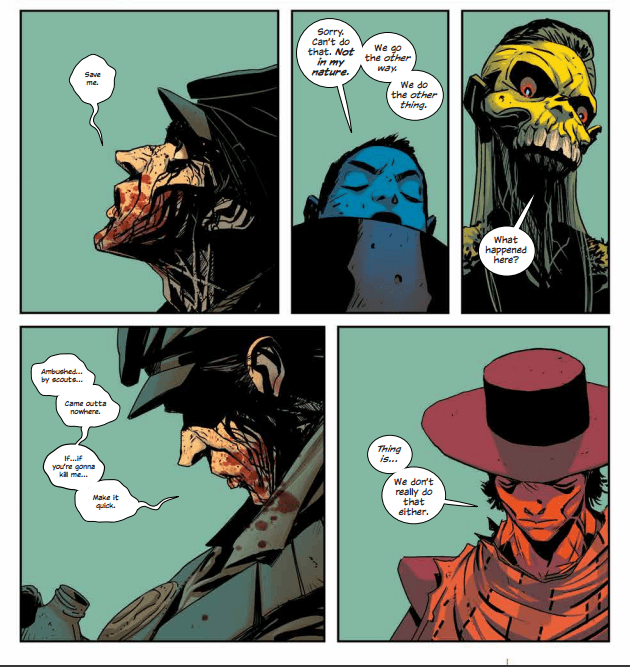 Dragotta shines again, especially in his use of scale. For sake of spoilers, I can’t show you my favorite panels in this book in this review, but just know that few are better with action sequences than Dragotta and he proves it again in this issue.

Not a ton of (present day) action in this issue, but we did get a revelation that is clever and makes complete sense. Year Three starts off well and hopefully the next few issues will have us checking in with the other factions and how they are dealing with the war.

Reading East of West? Catch up on all the reviews of the series here.