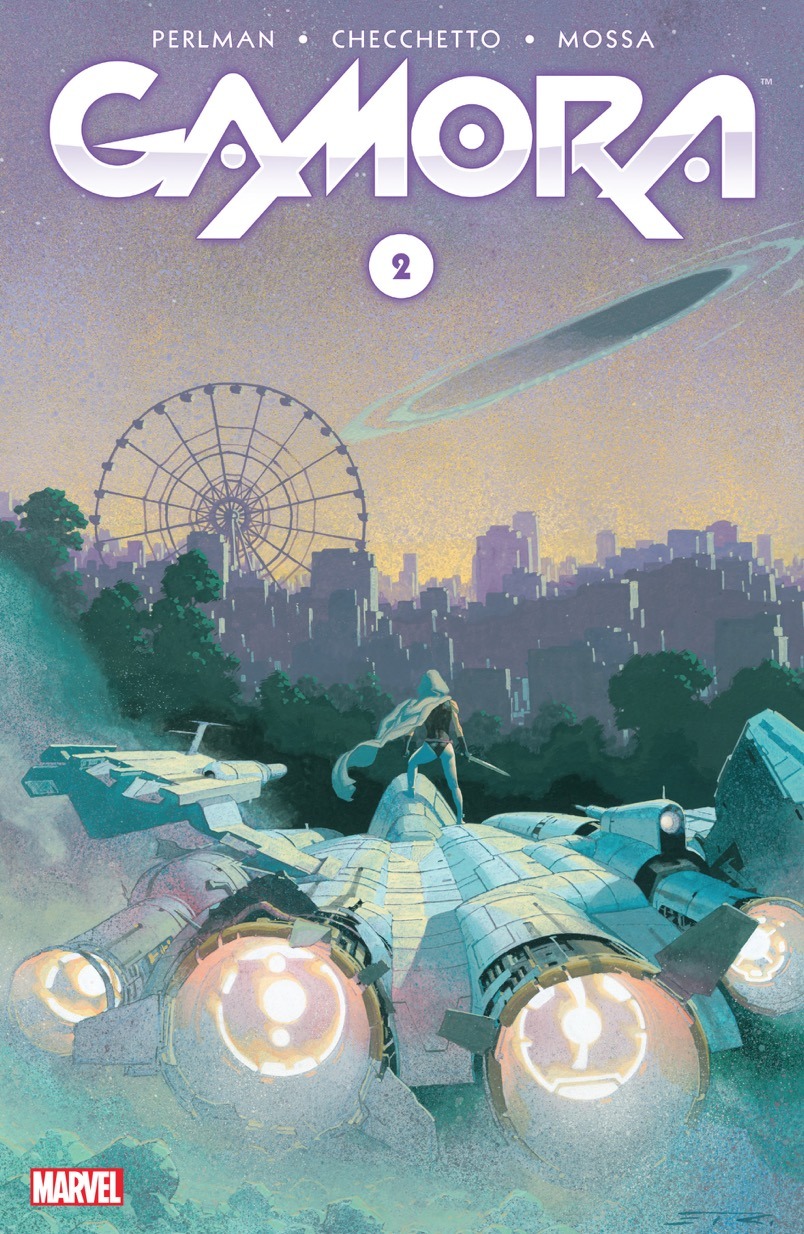 Marvel’s Gamora is a beautiful adventure through the galaxy. Gamora #2 is picks up where the premiere left off, with Gamora on her way towards a part of the galaxy from which no one returns. She was tricked by her surrogate sister, but perhaps “tricked” is the wrong word as she knowingly flies towards death so long as it gives her the chance to finish what she started: murdering every heir of those responsible for the genocide of her people. It’s clearly unsafe, but for a woman wholly troubled by her life and whose only peace might come from revenge, safe doesn’t matter. For now, Gamora’s dead inside and single-minded. 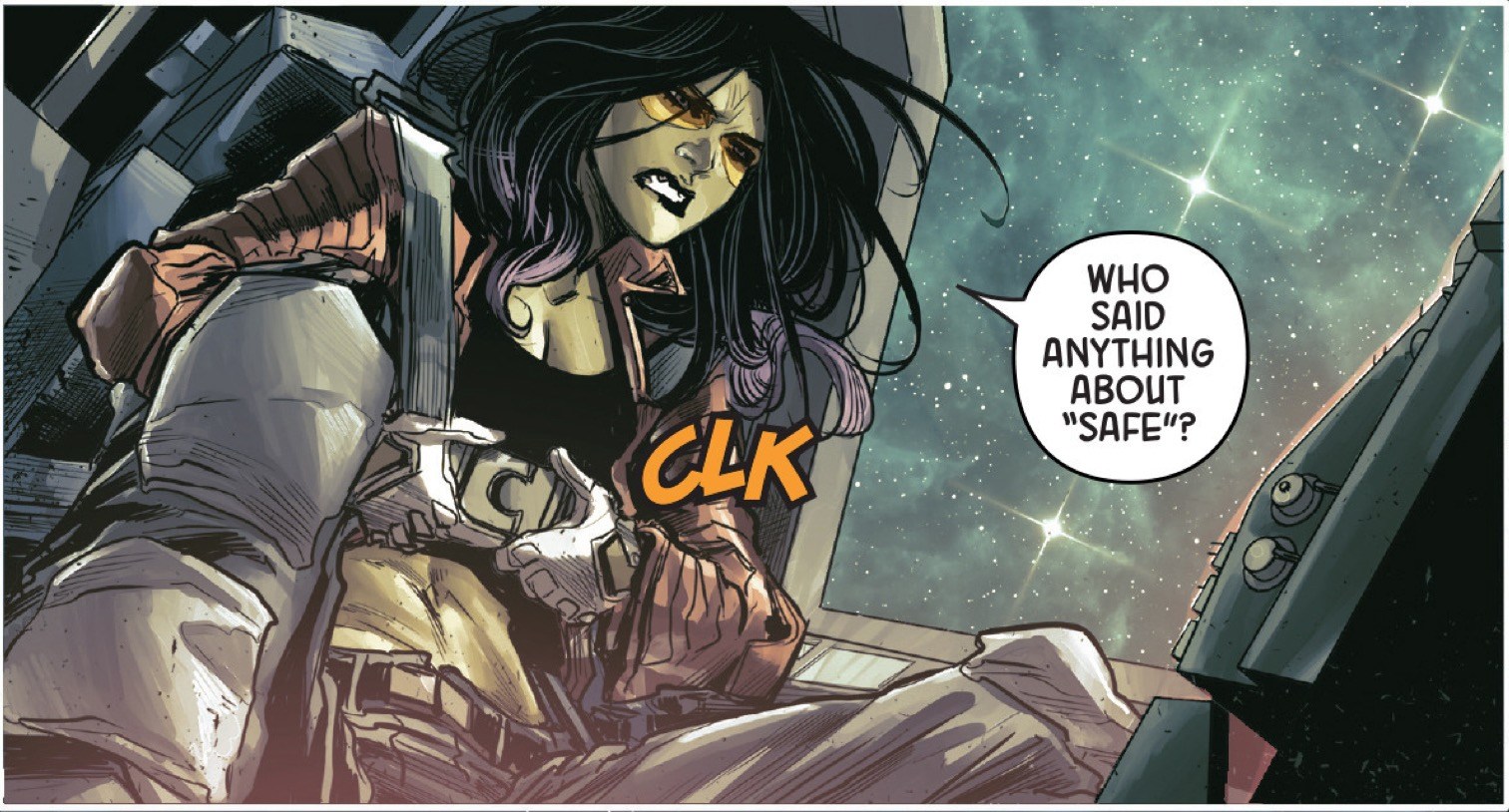 The second issue of the series has an early differentiation from its first in that it’s devoid of Nebula and Thanos, taking away the familial angle that helped make Gamora #1 interesting and replacing it with two new characters: Klaxon, a mercenary hired by the Badoon Royal Empire to track down Gamora after her latest revenge-inspired killing spree, and another woman meant to remain a mystery. There’s an obvious manipulation of time that transpires as Gamora flies into Ubilex, so the green-haired woman might be the adult version of whom Gamora is hunting, a scenario that might only become a conflict after the two fight to save each others lives. 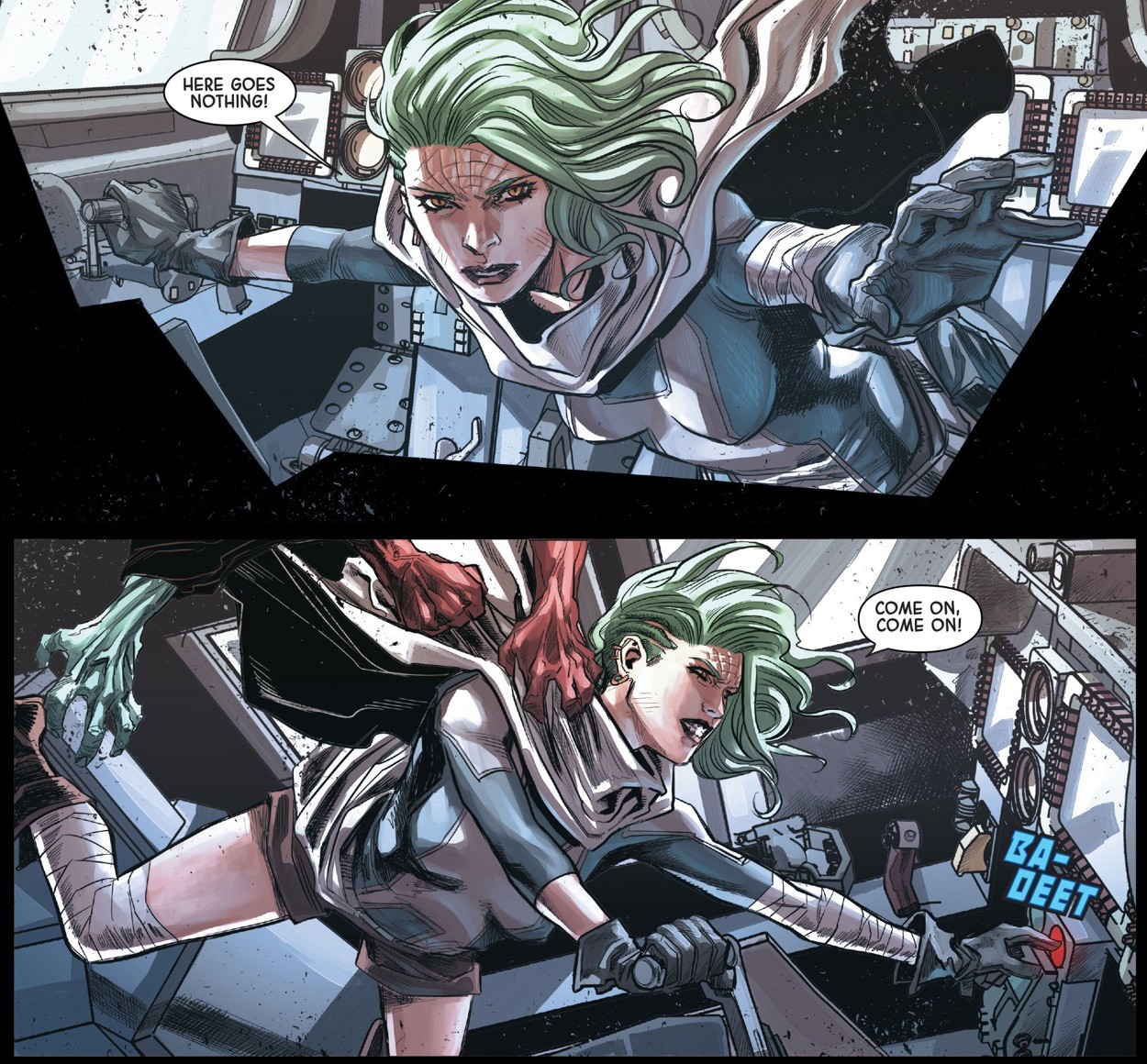 Artistically this series is absolutely gorgeous, beautifully capturing space travel, action on Ubilex, and even time as Gamora flew into the planet’s atmosphere and felt everything slow down. The panel layouts and angles make for really great sequences, Andres Mossa is praising God through his color work, and overall Gamora #2 is a fun read that begins to show this book’s range and takes a dialogue-heavy foundation issue and makes it feel anything but boring.

Reading Gamora? Find BNP’s other reviews of the series here.