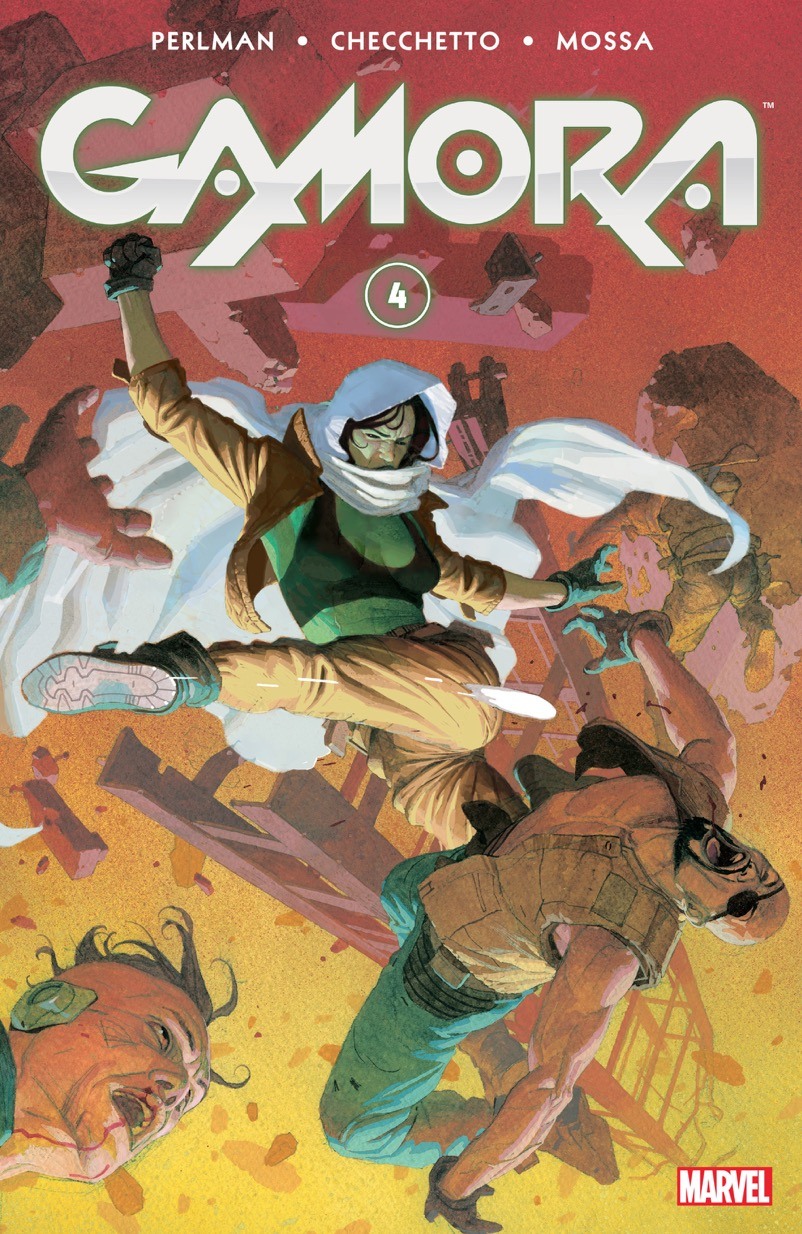 Listen to me, when it comes to balancing action, dialogue, plot, and artwork, Nicole Perlman’s Gamora is in a league of its own. After discovering L’Wit as the last-standing member of Badoon, and more, that Gamora herself is not the lone survivor of her race the way she always believed, the series moves in a way that stays true to the character it’s built over the short course of the series so far – she’s not suddenly softened by the existence of other survivors, despite that being a belief she’s held most of her life. No, after a lifetime of raised by Thanos and countless life experiences, that change would need to be gradual, and that change is the crux of this issue. Not only that, but also themes of weighing life as it is – in this case, the life Gamora had – against what could have been. Gamora is strong, sharp, and alive, and for that, one even might suggest she be grateful. 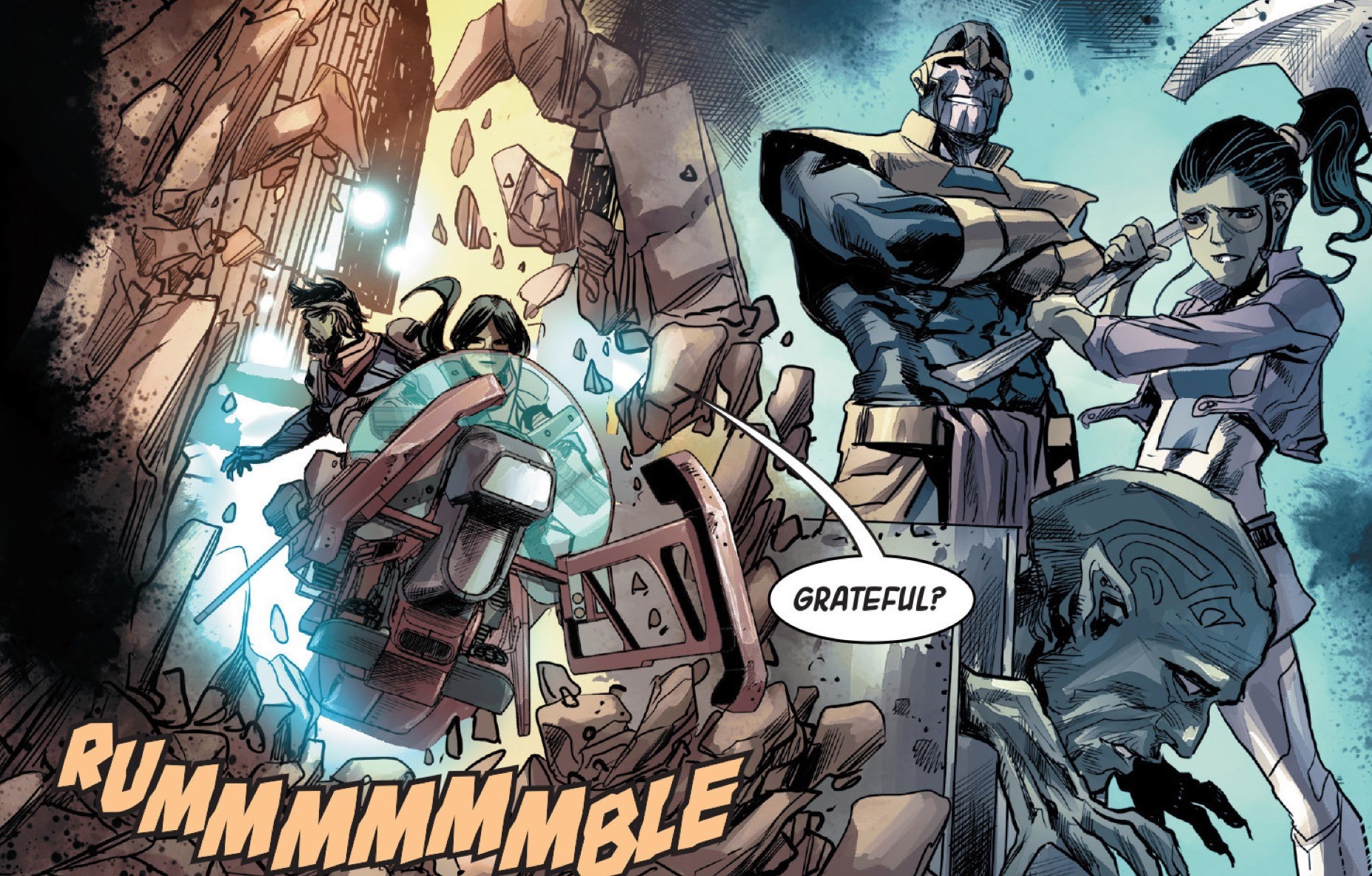 The ability with which this series blends action and character development is amazing, with Marco Checchetto’s artwork crafting beautiful scenes atop Gamaora’s inner voice; a voice that wavers from confident and determined to progressively doubtful through this issue. The hammer lands through L’Wit, emotionally broken, telling Gamora about herself, reading the entire meaning of her life. Gamora fights it, of course, so certain parts of her remain true: 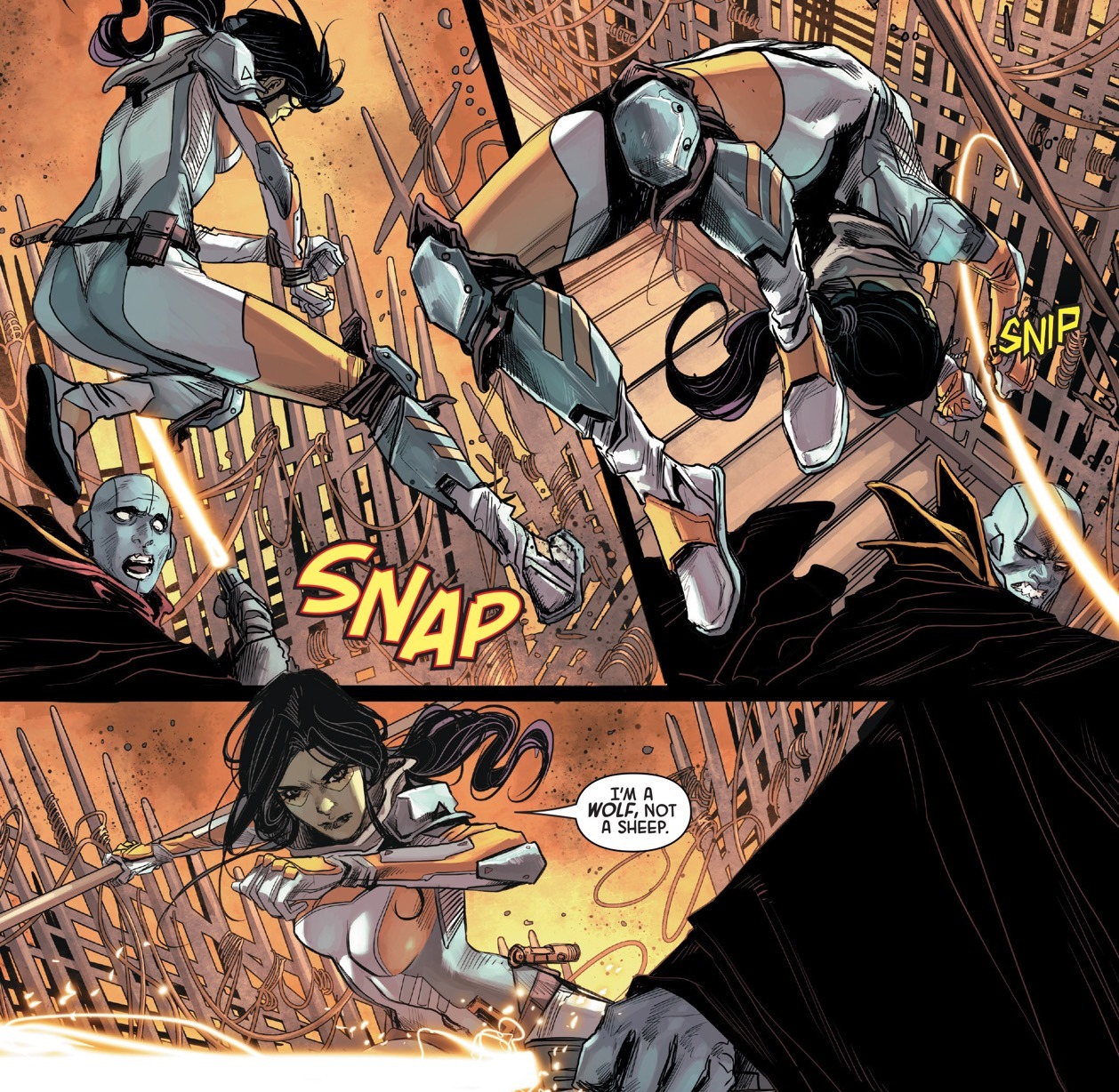 …but still, who she is and the purpose she has given her own life is brought to question in a way that’s been building since the first issue when she gladly flew towards her death into a black hole. Overall, Gamora’s action and singular quest for revenge would make for a great read on its own, but matched with her personal development and self-reflection, Gamora continues to be one of the best that Marvel has to offer.

Reading Gamora? Find BNP’s other reviews of the series here.