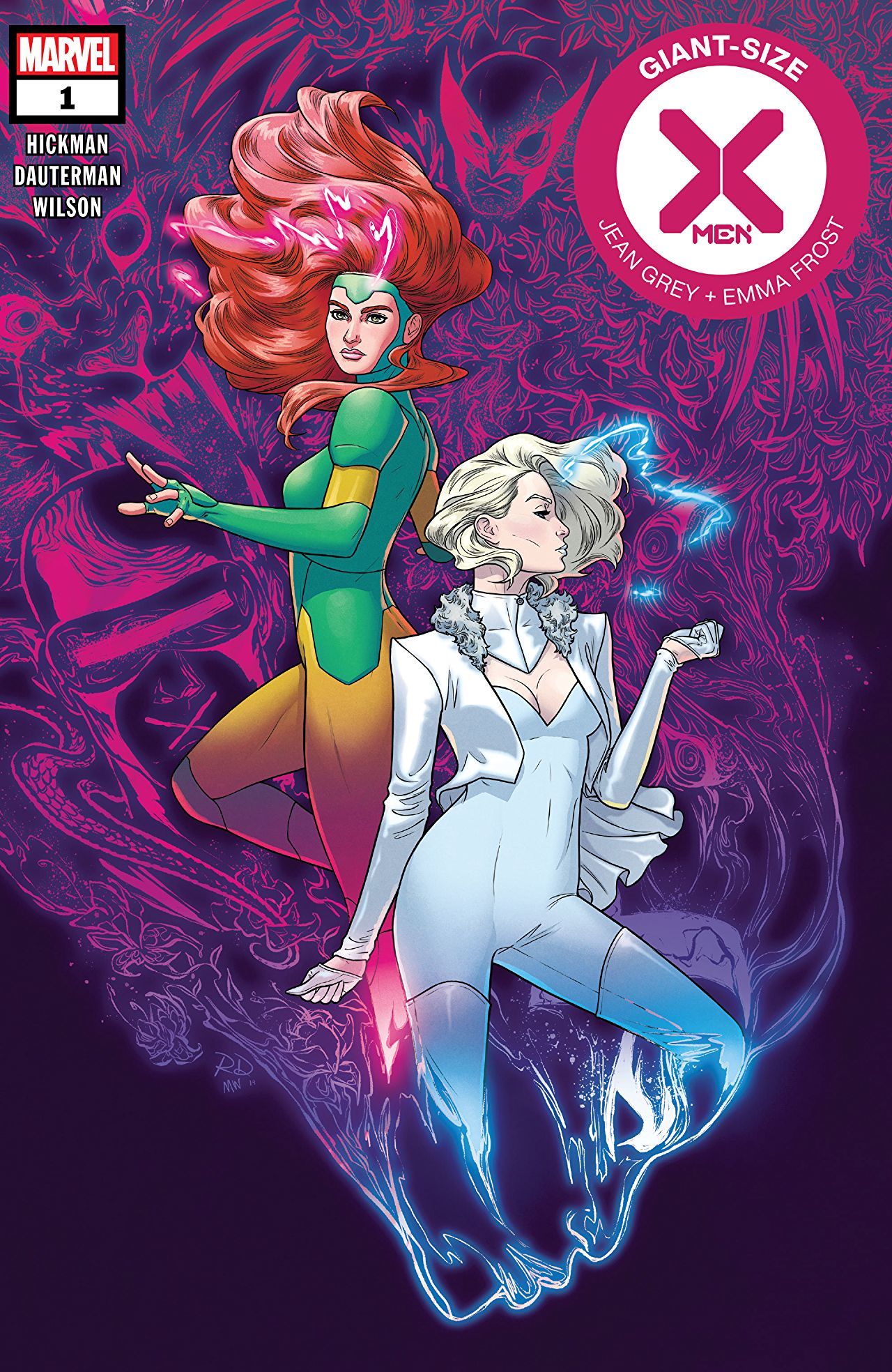 I’ll take Badass Heroine Duos for 1000, Alex! If you haven’t heard the news, mutants have united and left all the petty squabbles in the past. Although many are more notorious (Professor X and Magneto) or particularly vicious (Wolverine and Sabertooth), none are more complicated than the history of Jean Grey and Emma Frost. Linked by similar powers and bound by their love of the leader of the gifted young mutants, Giant Size X-Men: Jean Grey and Emma Frost put on a clinic in leaving the bullshit behind and coming together for the greater good. 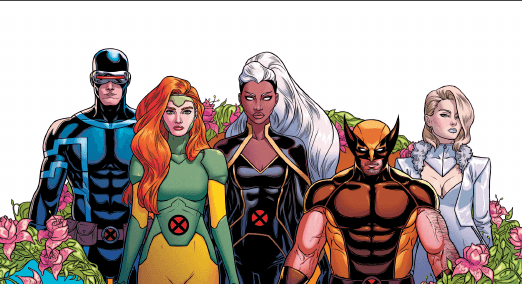 Following the infiltration of the Vault in Issue #5, Storm has been left incapacitated. While seeing our African Goddess in such dire straits is alarming, this does allow Jean and Emma to come together and embark on one of the most visually stunning journeys in psychic history.

Sidebar: I know everyone loved finding out about the adjoined living quarters of Scott, Logan and Jean but after seeing her plant that cheeky kiss on Wolverine with Cyclops standing 2 feet away, I damn near lost it!!

Ok, back to the astounding artwork by Russell Dauterman and Matthew Wilson. Off the rip, you need to know that after the first 3 pages, this issue is straight Black Bolt and Cassandra Cain silence, signaled by one lily white finger to the icy lips of Emma Frost. Jean’s ready to dive in but gives Emma a minute to buss a quick swig of her flask, then the psychic savants enter Ororo’s mind and begin the part astounding, part disturbing descent into a realm unlike any before (unless you remember X-Men #121 by Grant Morrison and Frank Quietly, where Jean and Emma enter the mind of Cassandra Nova and we see some of the exact same panels).

In Ororo’s mind, you immediately feel like you’ve been transported to the Wakandan Celestial Plane of Illustrious Vibrance. The cotton candy hues are breathtaking, and around every corner is a new jaw dropping encounter for this duo. From the linked Yin & Yang style lions to the serpents they transform into once it is beautifully revealed that Storm and Emma ain’t never used the word “bestie” to describe each other, your mind will race to put these gorgeous images together and write the story that you see unfolding before your unworthy eyes. 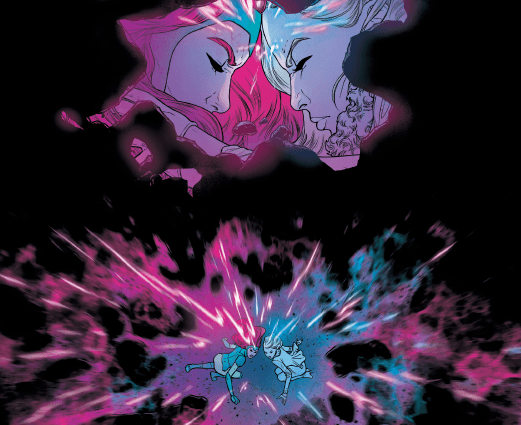 Jean and Emma fight through wandering electric eyes, claw their way out of deafening darkness like Bruce Wayne in the pit, and finesse their own path to the truth. They find a rose growing from the Vault’s attack, then yank that bastard until they pull an infected Storm from the robotic muck. As her face melts off, they see there are 30 days to cure Ororo’s machine virus before she is killed…and I have a suspicion this death would be one Professor X and The Five couldn’t resurrect!

So what’s next, after the tremendously understated closing line from Jean? And in which of the X-Men books will we see it addressed? What ever is coming, this is a strikingly strong way to kick off the Giant-Size line. With 4 more “essential” tales to come, you’d best believe I’m coppin’ them all.

Rating: 9 Incredibly Symbolic Flowers out of 10

A quick look back at recent Marvel moments when they let two women team up and be great.